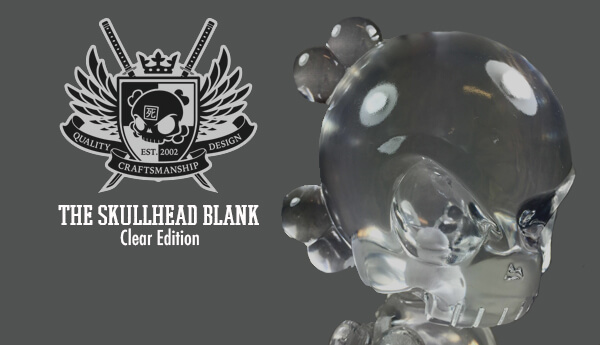 Oh boy….. 2016 underway and no rest for the wicked. Huck Gee last week teased the world with his mini Skullhead Blank, you can check it our HERE. Now Huck is on the verge of releasing a clear edition. Two things that turn us on thats GID and Clear releases and Huck has already made a GID Skullhead blank (yeah we know, too much info but we know you were thinking the same thing) 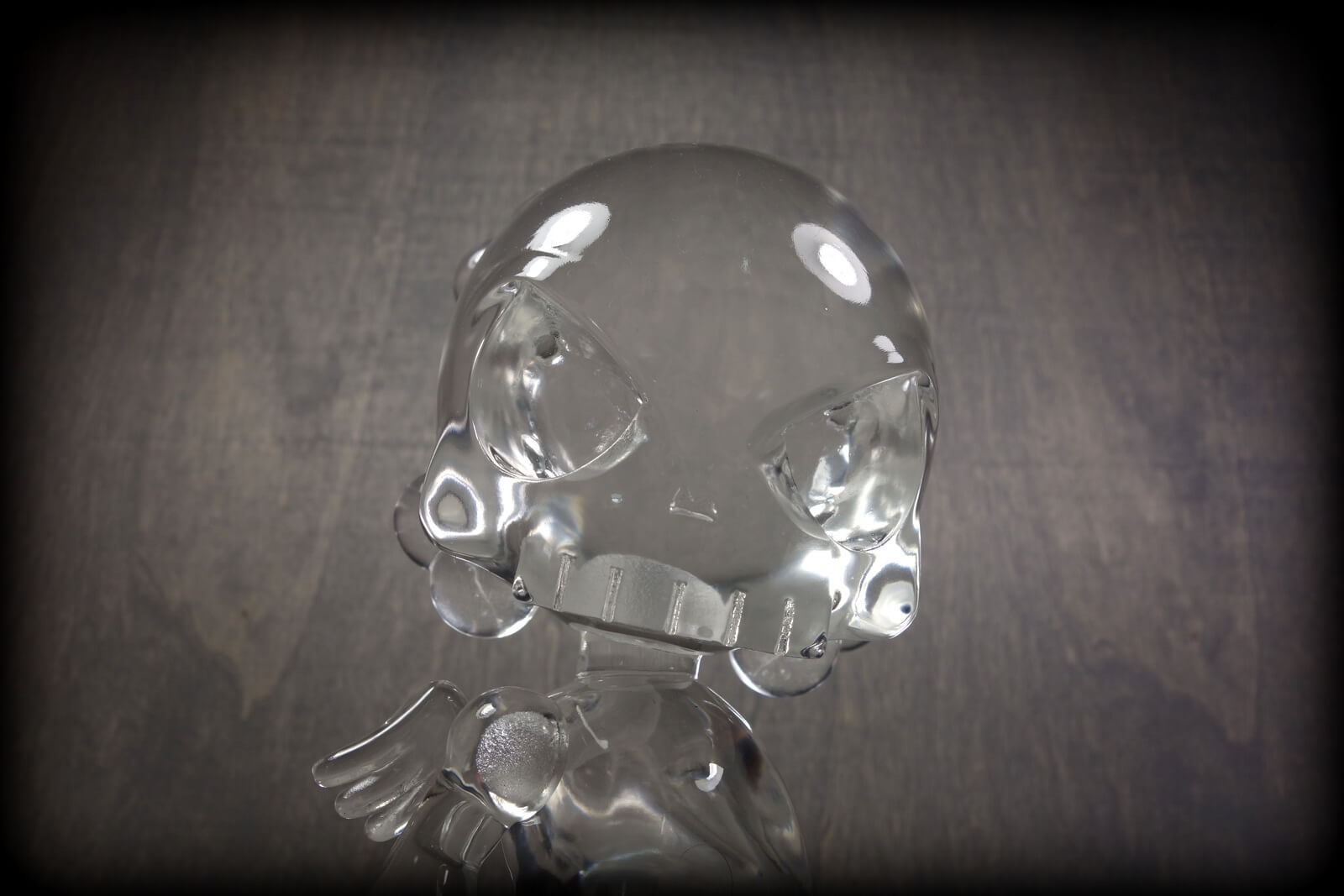 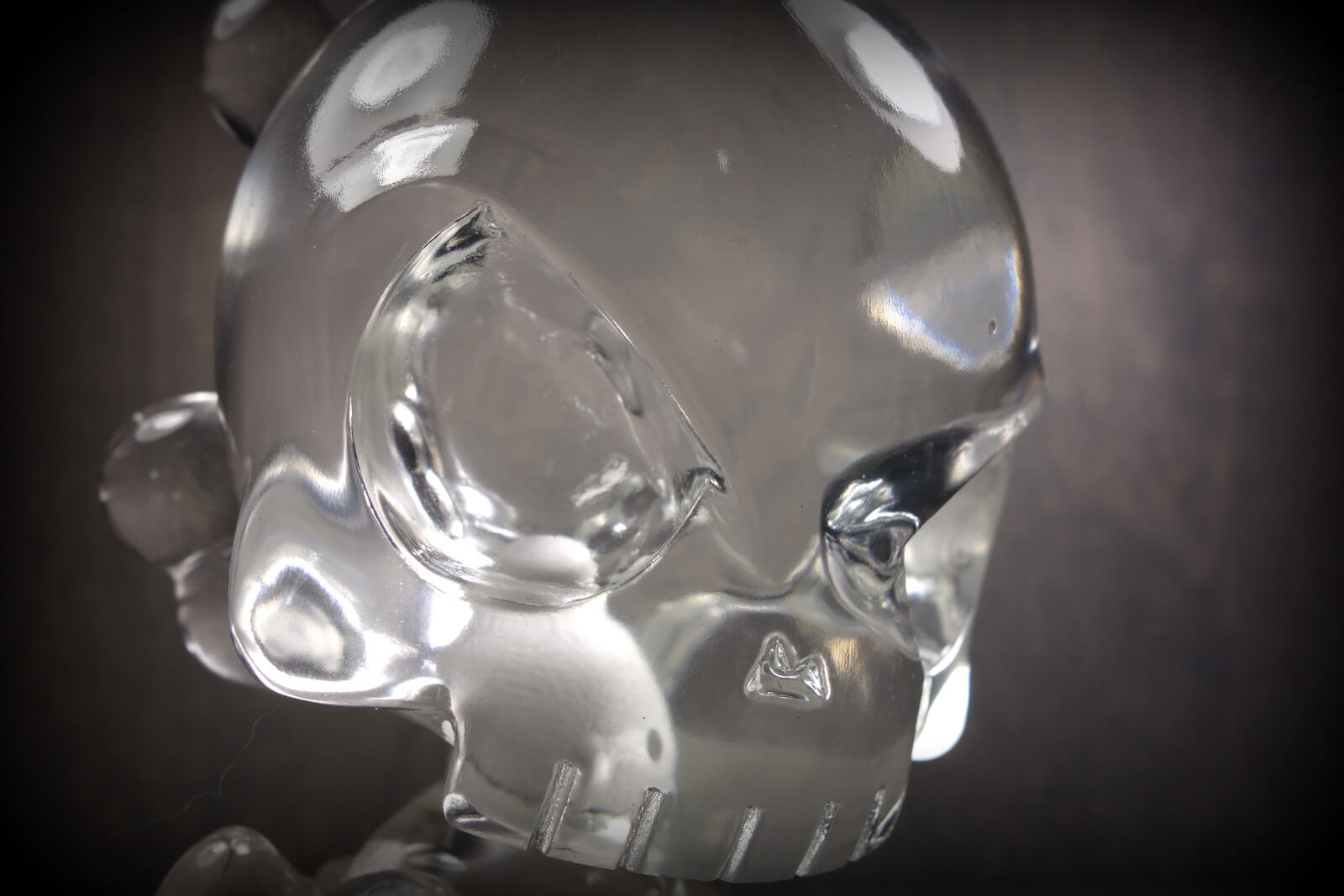 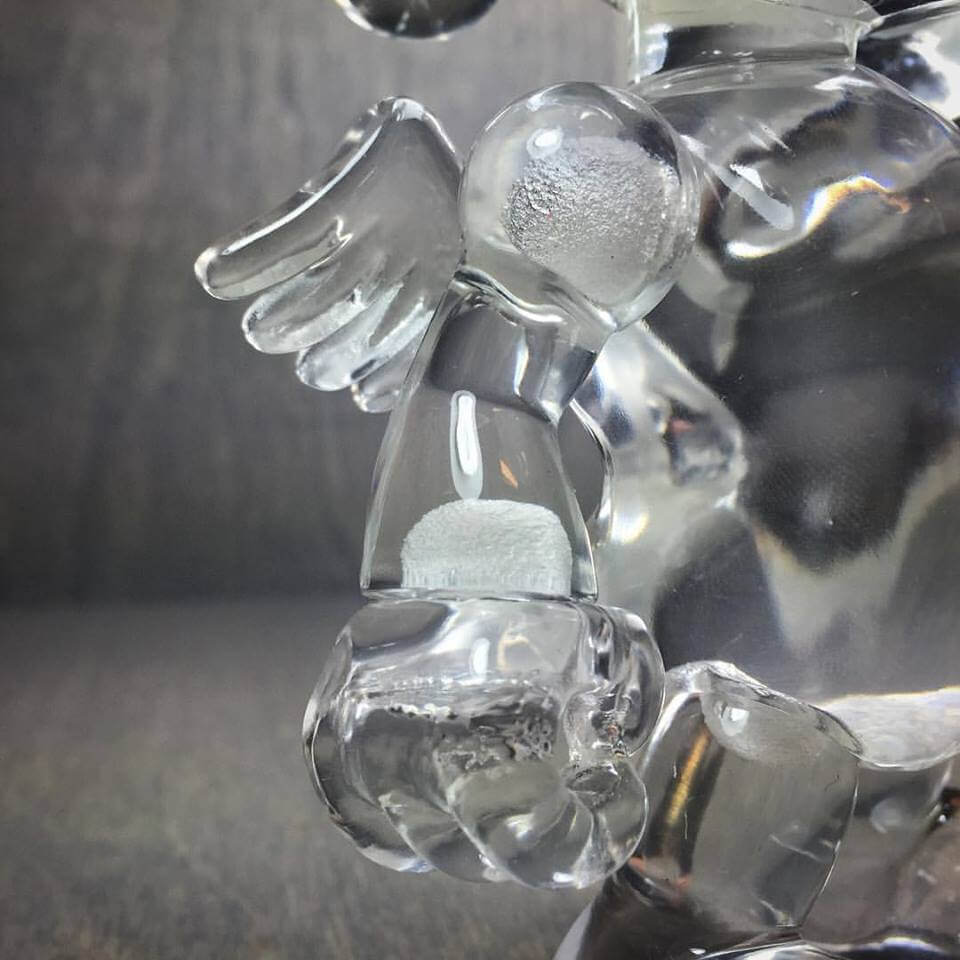 Huck being a perfectionist and rightly so, is testing that the joints all work and the finish is smoother then a babies bottom. No word on the release date or pricing, but Huck does say it will cost a tad more then the OG Skullhead Blanks. Stay tuned for more info on the release.

“The official Clear Skullhead Blank goes on sale this Thursday, January 14th, Noon PST at www.HuckGee.com. Edition of 75 pieces, $150 each, signed and numbered. This is a preorder. These are time consuming as all hell. Production has begun but these won’t ship for another 6 weeks.” -Huck Gee 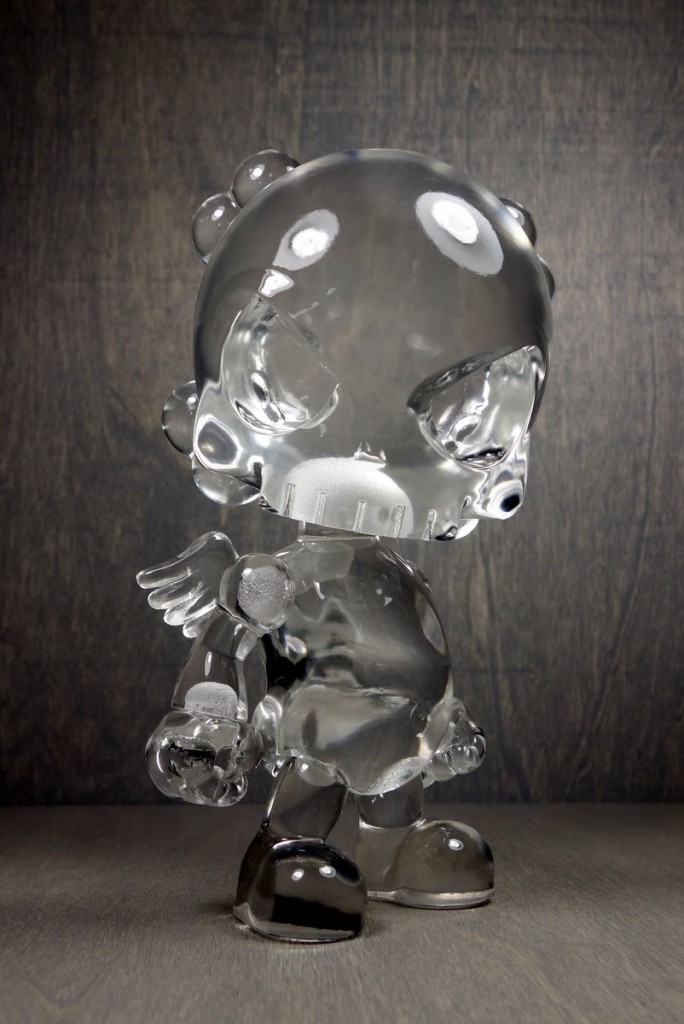 Huck Gee has been taking part on the hotseat “Adventures in Design The Collection Podcast with Huck Gee Volume I: Joe Ledbetter” Episode 308 Check it out HERE well worth the listen. Huck gives listeners the heads up that 2016 expect the unexpected and various changes to Mr Gee’s brand.

Episode 308 “The Collection with Huck Gee Volume I: Joe Ledbetter”
The Collection happens the first Wednesday of every month on Adventures In Design when toy famous designer Huck Gee joins us along with special guests and we talk about the world of collectable designer toys from collectors to designers. We evaluate Huck’s limited release from last December. Working hard bust still feeling lazy. Don’t Be A Cock Be A Tiger!