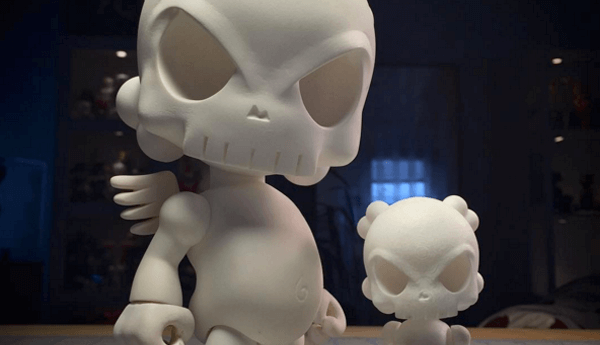 Oh my! We’ve spun numerous amount of words towards the Huck Gee Skullhead Blanks over the course of the last six months – and rightly so too – but when Huck dropped a new image on his social media channels last night we were again looking for more adjectives to describe our joy. Meet the Skullhead Blank Mini! Shaping up next to his 7inch brother, the new 3inch Skullhead Blank Mini will take the Designer Toy world by storm – mark our words! Hand-cast in resin over in the US, the Skullhead Blank has been a huge hit so far and we can only see this growing with the addition of the mini version. There are no details on release date or price, but once we hear more, we’ll be sure to let you guys know. We are damn excited for this release.