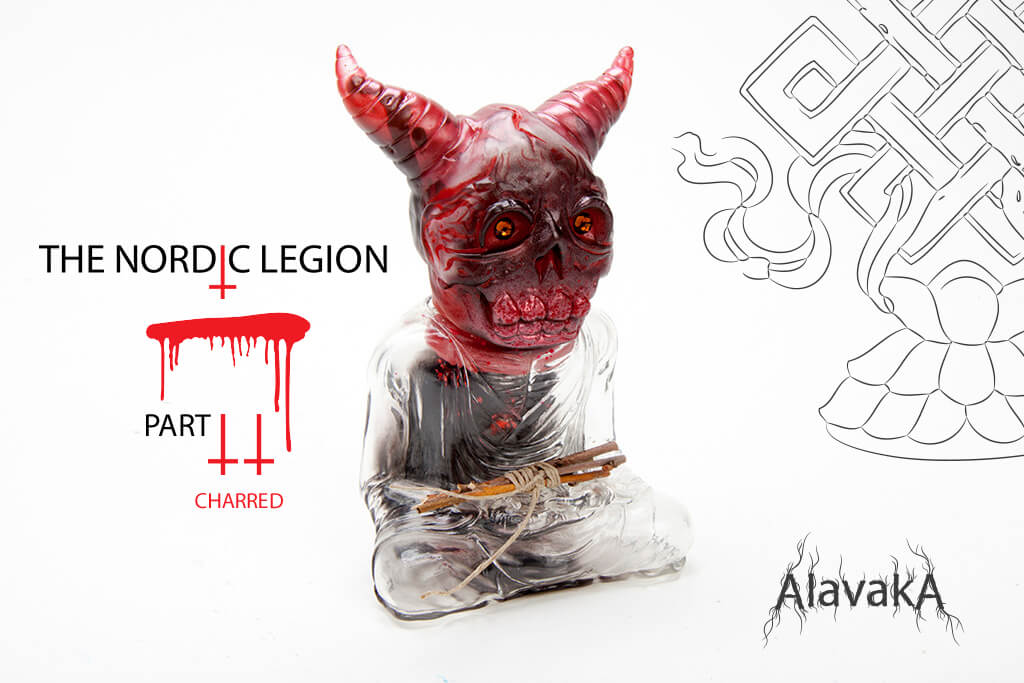 “A cold wind blows across the barren Norwegian countryside. The cackle of crows echoes through skeletal trees. Pale figures don robes of glass as their eyes and mouths recede into shadow. No words are uttered as crimson letters are scribed across the oath of the damned. We are three.”

The KVLT continues as the The Nordic Legion get new reinforcements. Following the release of  Alavaka (original colorway) the Darklords were merciful and brought us the new Alavaka CHARRED edition; 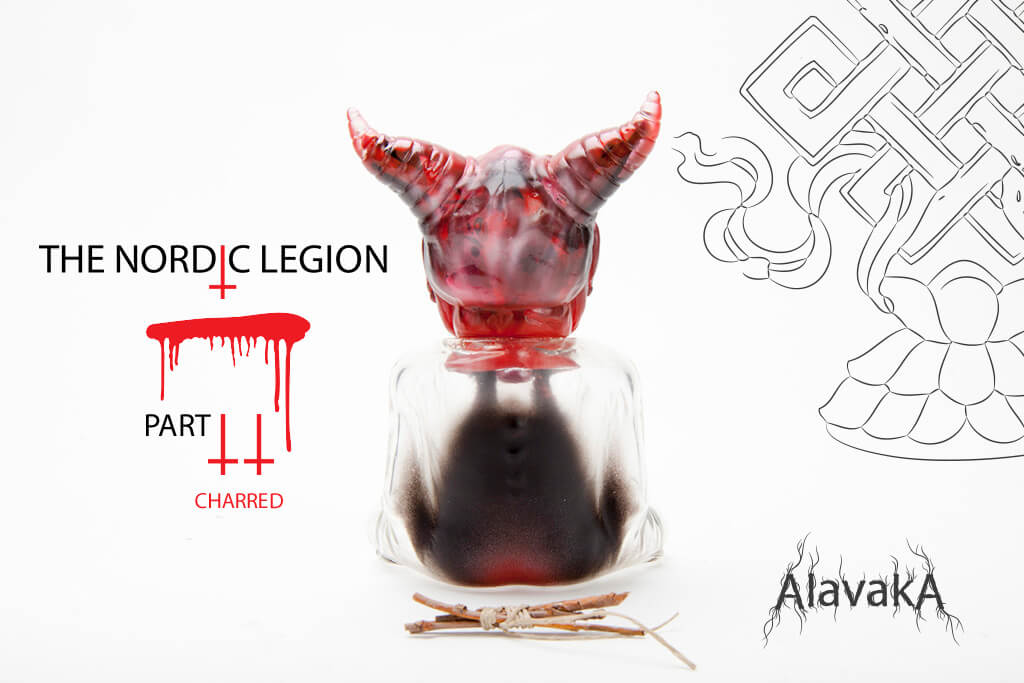 Made in Japan. Not intended for children under 14 years old. Also includes a copy of The Plagues “Epidemic” cd which was Devils Head Records number fourteen. While The Plague was NOT a Norwegian black metal band you can hear cues to the original Nordic Legion in both their lyrics and music. 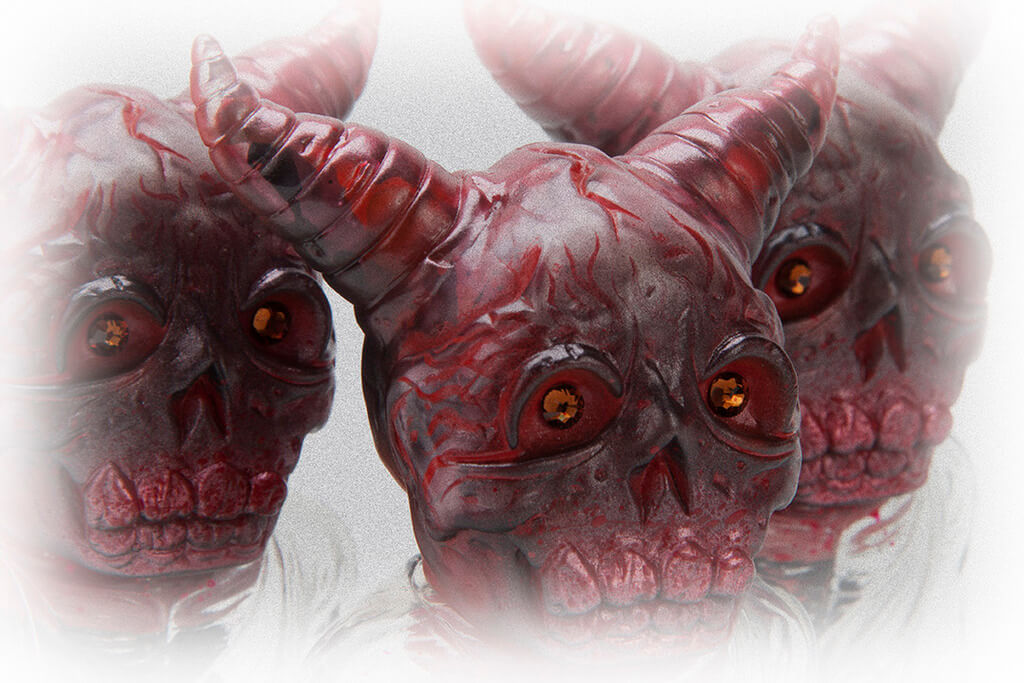 The Nordic Legion Alavaka CHARRED will be available on May 13th in the DHP webshop. They will go on sale at 6PM (EST) and be priced at $60.00 each. (check worldtimebuddy.com for your local time)

A couple 1 off Handpaints will also go on sale at the same time as the Nordic Legion Charred release. The ALAVAKA “Type D” and NORDIC LEGION BODHISATTVA “Converted” will both be available when the Charred release goes up. Priced at $100.00 each…get ready! 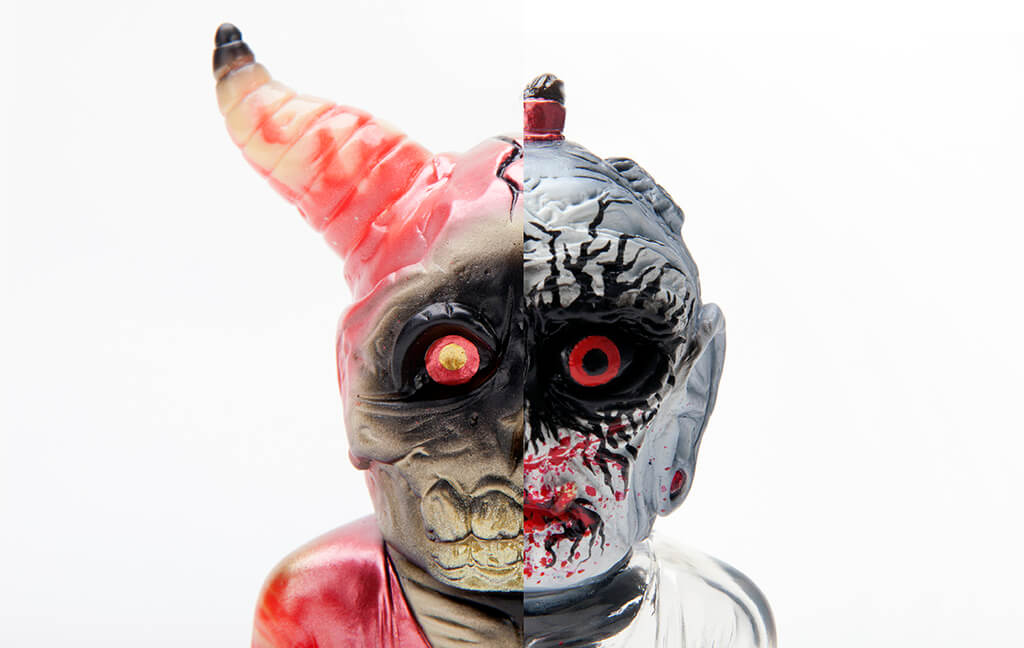 If you missed out on previous Alavaka releases you still have the opportunity to grab a couple;

DHP has teamed up with the punk rock underground experience know as The Micfits to give you an awesome Disney themed treat. The Maleficent tribute features anAlavaka painted in metallic tones to mimic the classic villain from the 1959 animated feature Sleeping Beauty. Also included is the evil black raven (Diablo) who is Maleficent’s confidante and assistant. Finally a set of two 5 x 7 inch prints featuring a Maleficent themed Micfits character accompanies the toy. There is also a secret evil chase version. Available in the Micfits webshop (http://www.storenvy.com/shop/?q=micfits).

DHP has teamed up with illustrator extraordinaire, Scarecrowoven to give you some awesome Alavaka packages. Both Dave (Scarecrowoven) and Toby (Devils Head Productions) did colorways of Alavaka on red and milky white marbled vinyl. An AMAZING Alavaka 5 color silkscreen print featuring glow in the dark ink and 7 color silkscreen tshirts are among the other goodies that will be part of the collaboration packages available in the DHP webstore (http://devilsheadquarters.storenvy.com/)