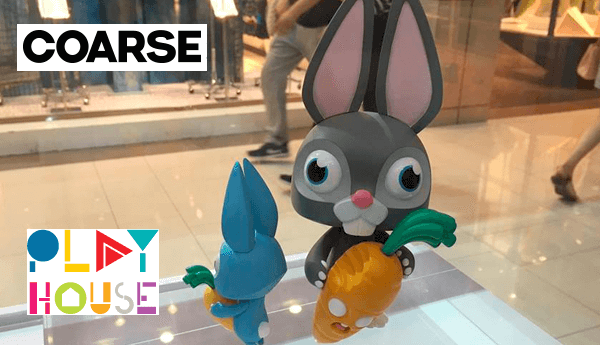 I think it is fair to say that most of the highlights emanating out of Thailand Toy Expo this week are coming from the Coarse Toys stand. We’ve tried to cover all the different releases & teases, which you can read HERE. We spent some time today talking with the guys at Playhouse (DTA Best Toy Store 2015) to get the lowdown on their latest collaboration with Coarse Toys. So we are to introduce you to Nibble & Root. 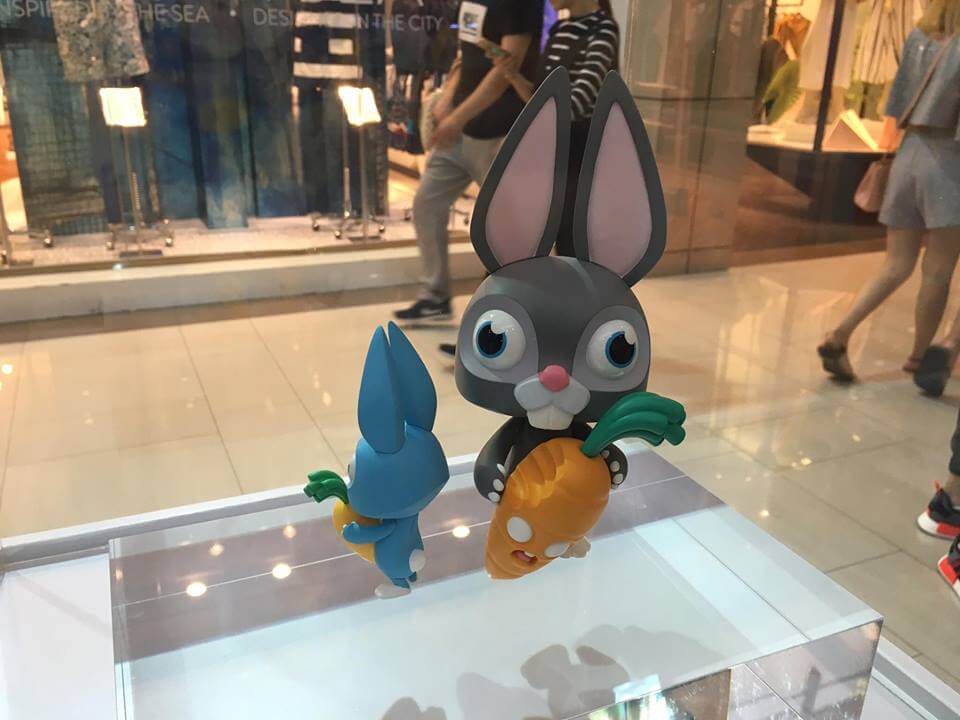 We have a little footage, taken from the Coarse booth, which you can view below. We’re loving the cute Nibble & Root, but perhaps our love is taken with the wee terrified carrot. Whilst the Nibble & Root displayed were made from resin, we understand that the future release by Playhouse will be a vinyl release – giving hope to all those that want to pick this up.

We know that this Coarse ‘release’ won’t be to everyone’s taste – and that’s ok, you don’t have to like everything – but we get where this release is coming from. Playhouse have been working with Coarse over the course of the last year on Nibble & Root, and whilst this is produced by Coarse it is essentially a Playhouse release. Which kinda goes with the Playhouse brand, more than a normal ‘darker’ release by Coarse. We don’t have an official release date yet, but we don’t think this is that far now. We’ll keep you posted.

Also, we’ll have our interview with Playhouse online shortly. Keep your peepers on The Toy Chronicle for more information. Let us know in the comments below your thoughts on Nibble & Root. Will you be F5ing when they are released?