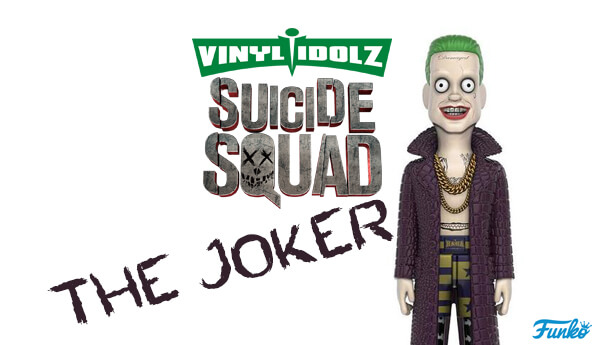 DC Comics Suicide Squad movie debut is coming close and we’ed thought we would check up on UK’s Evil Corp x FUNKO Vinyl Idolz line to see what licensed vinyl are available for Suicide Squad, as we are fans and owners of Vinyl Idolz toys designs as they add fun to our collection. Ever since we unearthed that FUNKO was making Evil Corp art into vinyl back in 2014 which you can read HERE. Goggly eyes and outstretched bodies was destiny for DC Comics Suicide Squad and we knew they would do a great job in the characters. It would have been suicidal if Vinyl Idolz didn’t turn one of the characters into a Vinyl Idol!

High FIVES all round as Vinyl Idolz from Funko releasing DC Comics Suicide Squad The Joker. 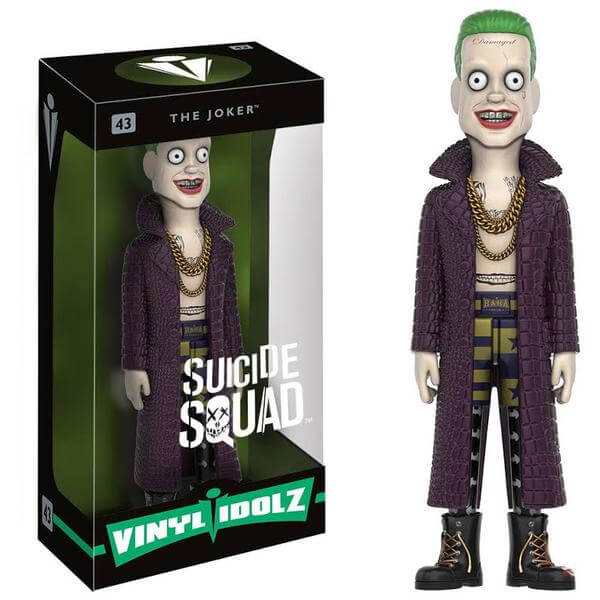 According to Forbidden Planet they are priced at £16.99 and shipping date around July.

Our USA partners http://www.tenacioustoys.com/ has The Joker on pre-order for $19.99. Euro side Pre-Order https://forbiddenplanet.com/ £17.99.

Which ones do you own?