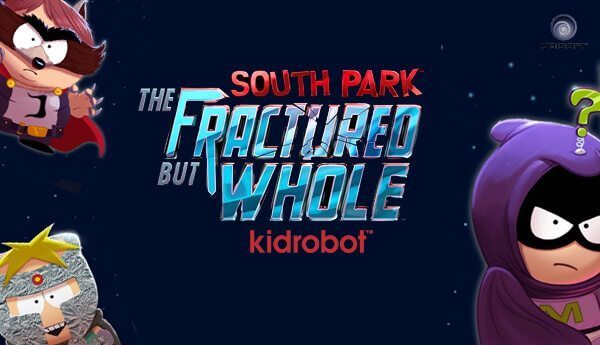 South Park fans you don’t have to wait long for the next Kidrobot x South Park vinyl toy release. Illustrations of the new 3″ series and medium scaled vinyl toys have surfaced. Usually Kidrobot box art of the figure themselves look flat as a pancake and also they look weak compared to what they look in person. We are not used to seeing this style of illustration which is refreshing and more pleasing to the eye. We’ll be honest we didn’t have any idea what “Fractured But Whole The Coon”. After quick google we found that its South Park x Ubisoft are releasing a game, RPG game in fact! Kidrobot tapping more into the gaming market?

“From the creators of South Park, Trey Parker and Matt Stone, comes South Park: The Fractured but Whole, a sequel to 2014’s award-winning South Park: The Stick of Truth. Players will once again assume the role of the New Kid, and join South Park favorites Stan, Kyle, Kenny and Cartman in a new hilarious and outrageous RPG adventure.” 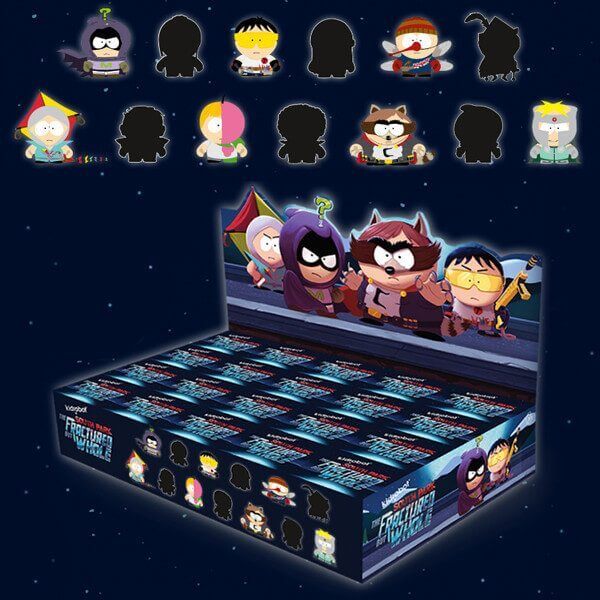 This series not really our cup of tea, but for South Park fans it should be a win with the mini series as well as the medium size vinyl toys.