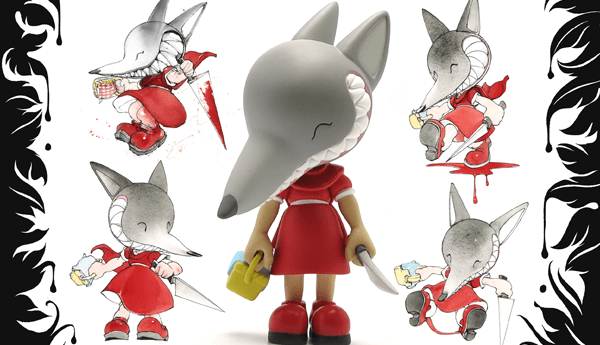 Late last year we brought you news from Artoyz and their release of the Story Killers. Little Red Riding Hood was up first, with the Le Petit Chaperon Rouge – Snow Version. Well, Red Riding is back but now in her original Red colourway. 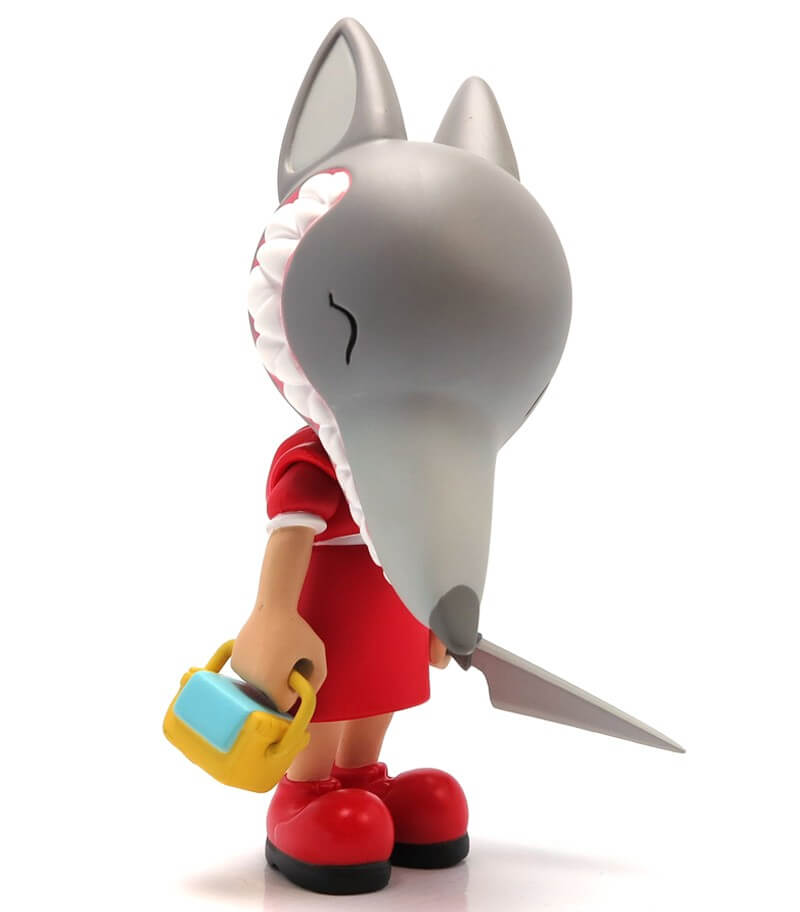 Story Killers is the new collection that we are starting with Stéphane Levallois with whom Artoyz are already working on Toxic Candies. The general idea of ??the collection is Girl Power. Stéphane reappropriates the heroines of the tales of our childhood and returns the scenario. The little girl or girl is no longer there to endure and hope for a life-saving prince but she imposes herself and rules herself her problems … sometimes in a somewhat violent way.

The first Story Killer to see the light is the  Little Red Riding Hood who decided to settle his account to the wolf and after having cut off his head chose to proudly display his trophy!