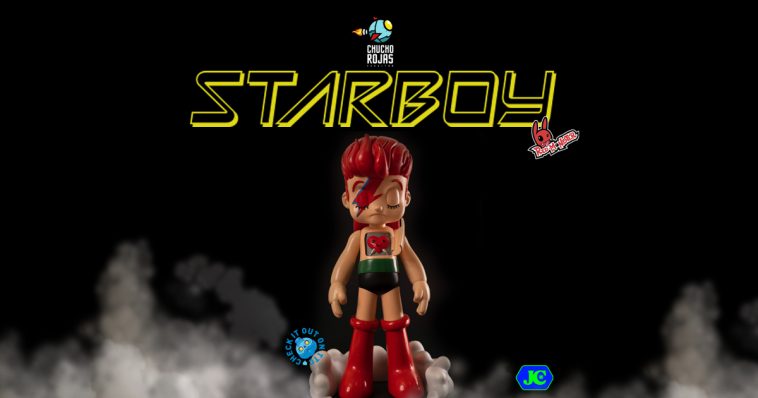 One mashup we never thought we would see! from the masterminds Chucho Rojas x Red Monster Crew comes STARBOY. Homage to Astro Boy and the late David Bowie? Chucho Rojas x Red Monster Crew have gone all out and made two versions of STARBOY one in the OG SUNFLARE VERSION colours and a nice DUSK VERSION. Designed by: Chucho Rojas, El Santa Satán. Standing at 10 inch resin art collectable toy with automotive paint details. Made entirely in Mexico City.

Sculpture and Production by Chucho Rojas and the Red Monster Crew.
The figure comes with a special edition case designed by César León and El Santa Satán. 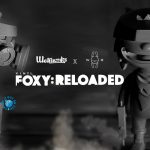 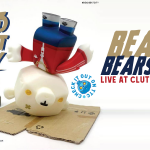