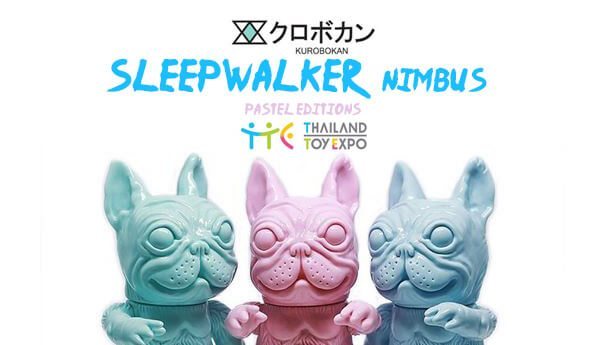 Paulus Hyu x Kurobokan releases are coming in fast! well it is Thailand Toy Expo in a few weeks so it’s expected right? The folks who are heading to the event will get the chance to own the new Paulus Hyu x Kurobokan “Sleepwalker “Pastel” Nimbus. Never would we imagine a cooler kaiju in pastel colours and Kurobokan have done it. We knew Sleepwalker Nimbus had a softer side to him. Time to call a mule. If any left over we are sure Kurobokan will release them online after TTE 2016. Stay tuned for updates.