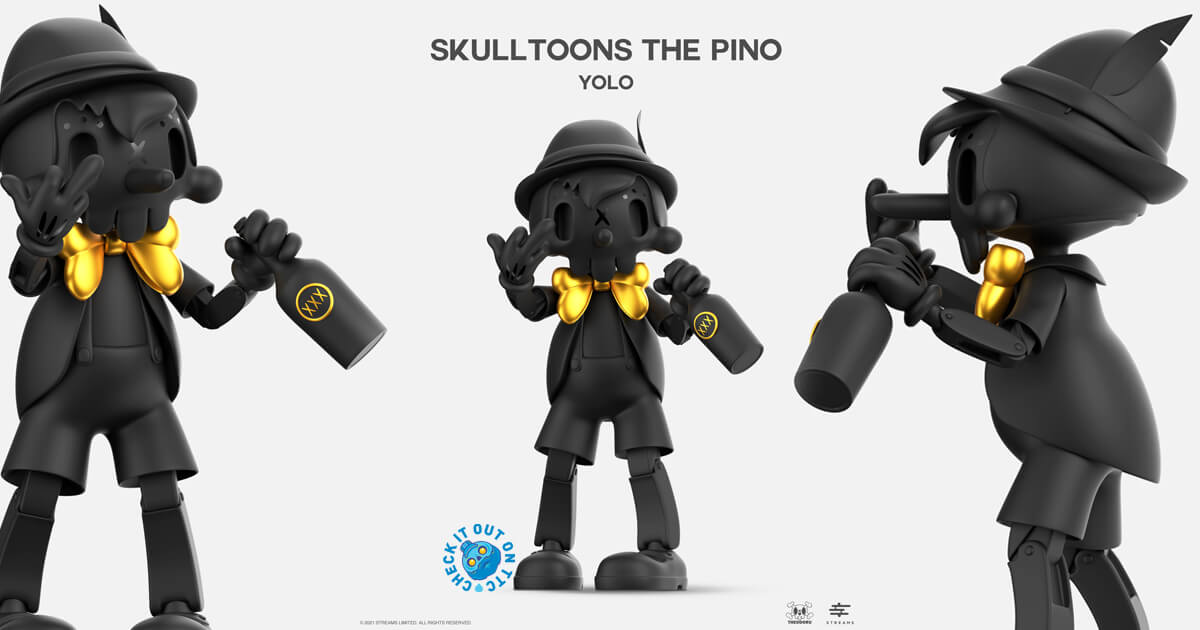 SKULLTOONS THE PINO returns! it’s a new year and that calls for an encore! Theodoru x STREAMS Art present to you SKULLTOONS The Pino – YOLO Golden Black Edition. This edition is the first release and the gesture of the PINO is totally different from the previous editions and comes in a classy black n gold colourway. Theo paying his tribute to the designers of classic cartoon characters, Theo Doru using his unique interpretation, giving his signature skull mask/face from his to his illustrations and designs, Theodoru presents to you the new Skulltoons The Pino – YOLO Golden Black Edition

SKULLTOONS THE PINO YOLO Edition by Austria artist Theodoru first debut in 2021. YOLO – You only live once. Don’t let others expectations restrict yourself.. Who knows you might be good at being a “bad” boy. Have some fun and enjoy your life.

SKULLTOONS THE PINO YOLO Edition will be available in STREAMS online shop on Saturday 23rd January 2021 for pre-order.