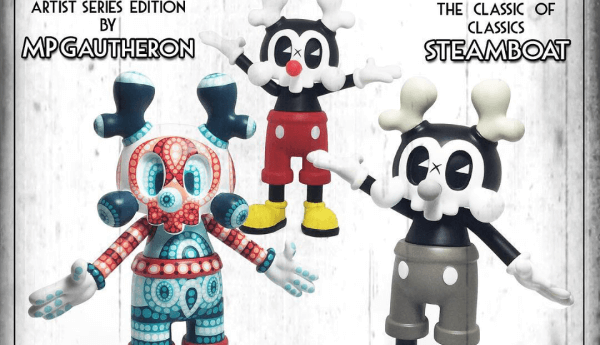 There are many great things you can say about Martian Toys, and one thing that you can always guarantee – they always work with outstanding Designer Toy artists with their production releases! If it’s not Quiccs, it’s Jason Limon! If it’s not Limon, it’s Nouar. If it’s not Nouar, it’s now MP Gautheron! MP has had an absolute stellar few years, and it is great that Martian Toys have worked with MP on their new release of vinyl Kranyus with Theodoru. 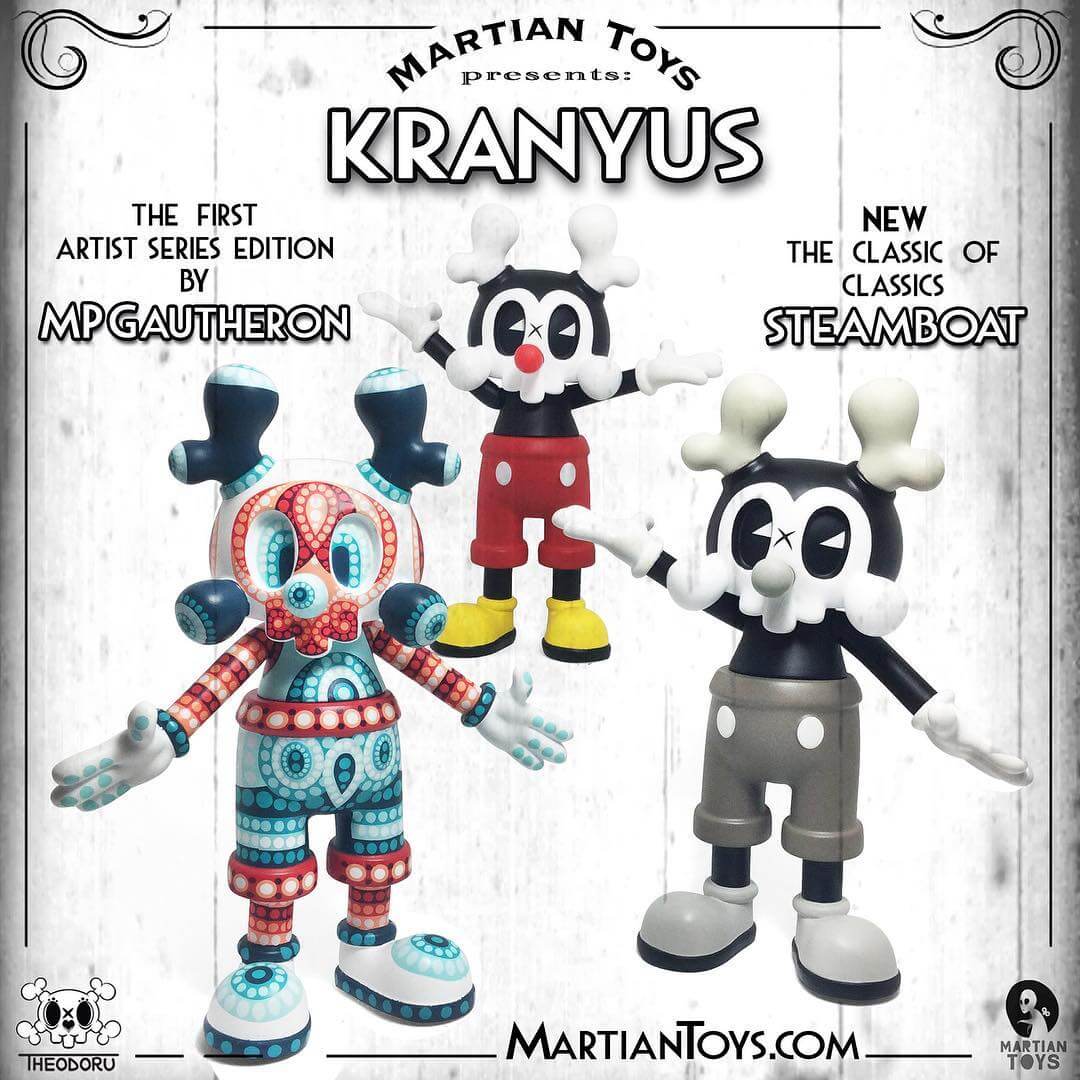 Whilst MP has worked with Kidrobot on custom series, Marie has never had the joy of a production release – until now! MP has given Theodoru’s Kranyus the MPG makeover. Following the successful release of the original vinyl colourway of Kranyus (read HERE), Martian Toys has commissioned two new colourways with MP and Theodoru.

MPG by MP Gautheron and Silent Era by Theodoru will both be available to purchase on Friday 7th September over on MartianToys.com! No details on price or run size at the time of writing this post, but expect to pay around $80 for these new releases based on the price of the original colourway.