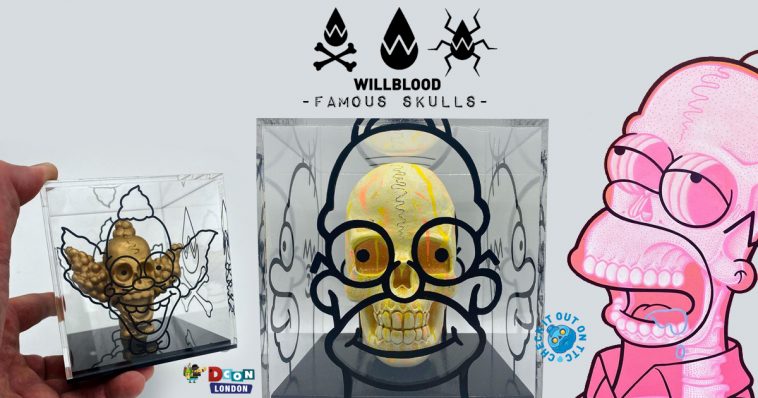 No need for X-ray vision here as UK’s very own Will Blood has gone from his notorious x-ray illustrations to art collectable as the transformation into another dimension is here! Back in August 2021, Will enlisted master sculptor @Natalie Wright to transform Will’s art with a clever way to represent Will’s notorious x-ray illustrations and to us, it’s a brilliant idea and execution. Adding different dimension yet recognisable illustrations the first FAMOUS SKULLS #01 Krusty was the first to be under the mind of Will Blood and Natalie Wright and instantly sold out. There’s a glimmer of hope as DesignerCon London opens its doors for the first time TODAY and Will Blood will have his FAMOUS SKULLS this Friday, Saturday and Sunday! Will will have loads of paintings, prints and other bits available as well as a couple of surprises up his sleeve. No IP will be safe from Will Blood!

WHERE: DesignerCon London Will Blood booth 92

Now ten years into his career, he has worked on countless projects worldwide from murals to merchandise design and has shown work in galleries from London to Hong Kong.

Will creates most of his work initially in pen and ink and then moves the images to walls and canvas.

‘THE BOOK OF BARE BONES’ is his most popular series and has gained him acclaim and followers from every corner of the globe.

It began life in late 2012 with the first x-ray illustration he did for a local exhibition, then grew into a book release in 2015 featuring the first 50 characters. This was released with the help of kick-starter funding, gaining lots of interest and hitting over 600% of the required amount.

Now reaching nearly 300 popular characters and heading for a fourth book the series shows no sign of stopping.

He also has several personal series he works on from fantastical insects to the ‘broken boy’ a simple image often found in his street art and commercial mural work. 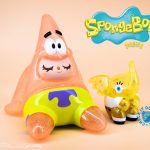 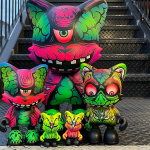