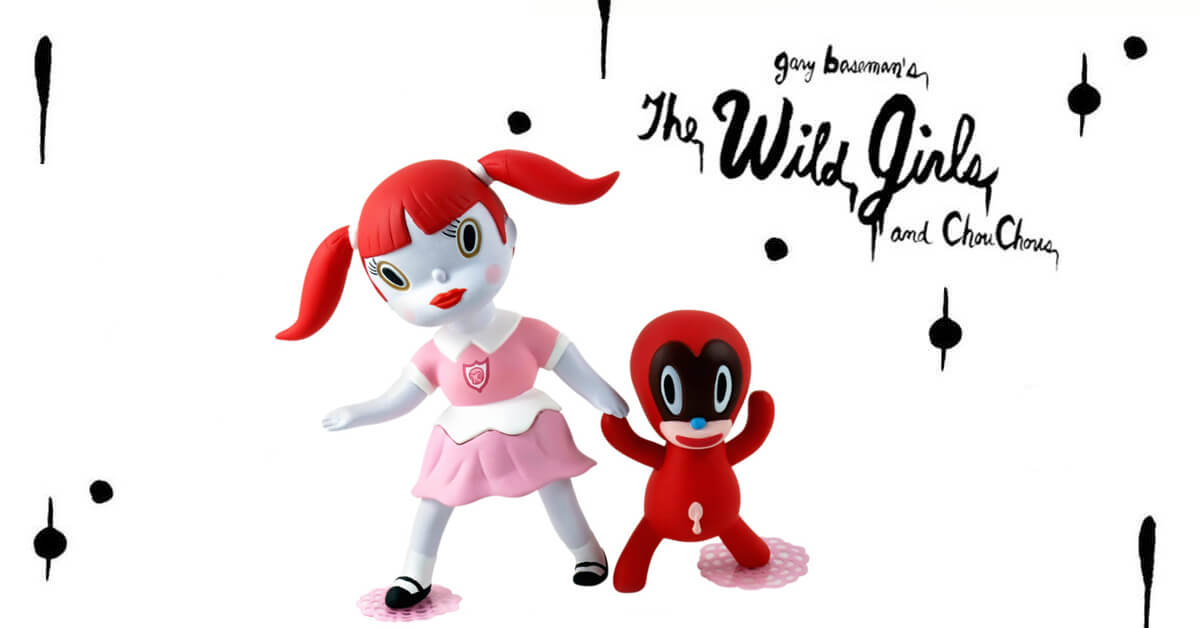 Love is in the air!  Gary Baseman x 3DRetro present to you a new the WildGirl. Perfect time for your Valentines? or just to treat yourself.

From the Forest of ChouChou, WildGirls are resilient survivors who escape the evil influence of the Demons. Veronica is accompanied by ChouChou, the adorable creature that takes away negative energy and hate.

This red colorway is limited to 150 pieces worldwide. Both figures can stand on their own (flower bases included) or can join together at the hands via a magnetic attraction.

RED WILDGIRL VERONICA & CHOUCHOU!
Now available at garybaseman.com!
Perfect for Valentine’s Day!
Limited Edition Red WildGirl Veronica & ChouChou will come with a special 5×7 print.
Come give the Creamy Gooey Love that only a ChouChou can give this Valentines. Not just to romantic lovers but those you want to take away their insecurity, fear, and anger away.