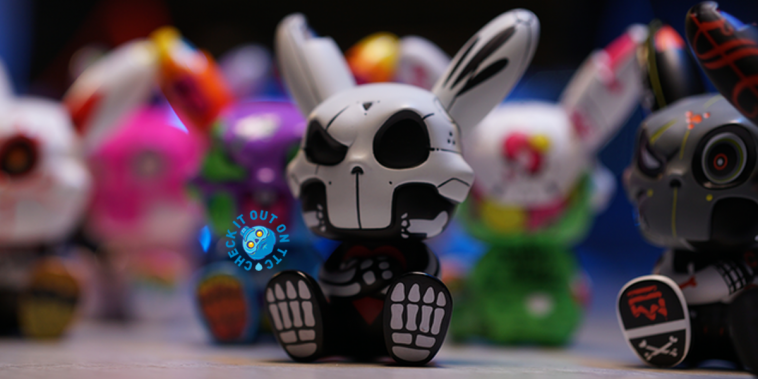 Some new blind boxes hit the scene in recent times. You may have seen the Rabbotz knocking about on social media recently. Well, the time is now for their Kickstarter campaign and by the looks of it they are already heading towards great things.

With over 16 days to go until the end of the campaign, the Rabbotz Kickstarter has almost doubled their goal target. Initially aiming for $30,000, they have hit over $56k!

Featuring a slew of amazing artists, you can check out the Rabbotz designs below. These sit at 3.5inches tall and will be blind boxed.

There are also two competition entries too in this series, which you can check out below.

We can definitely appreciate that the Rabbotz will have detachable heads, which are connected to their bodies with magnets! Always a pure win when magnets are involved.

The Rabbotz Kickstarter rewards start at $55, which will get you THREE of the Rabbotz blind boxes as well as the 3.5inch Kickstarter Limited GLOW Hindsight Rabbotz by Christopher Luke, which. you can check out below…

As well as the 3.5inch Rabbotz, there are two Super Rabbotz involved in this campaign. Featuring the works of Hot Actor, the 6inch SuperRabbotz can either be found as part of the rewards (starting at $139) or you can also add-on to your pledge for $85 per Super Rabbotz.

Rabbotz also features Giant Rabbotz too in this Kickstarter campaign. Designed as part of a competition, Dondifernandez Art brings an ice cream style to this 12inch figure. I think we expect at least one other Giant Rabbotz design to be revealed in this campaign. The Giant Rabbotz enter the fray at the $229 reward, or you can add-on for $175 each.

BACK THE RABBOTZ KICKSTARTER HERE

Expected to ship in December 2021. 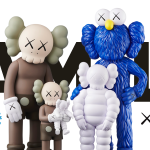 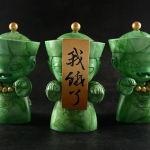