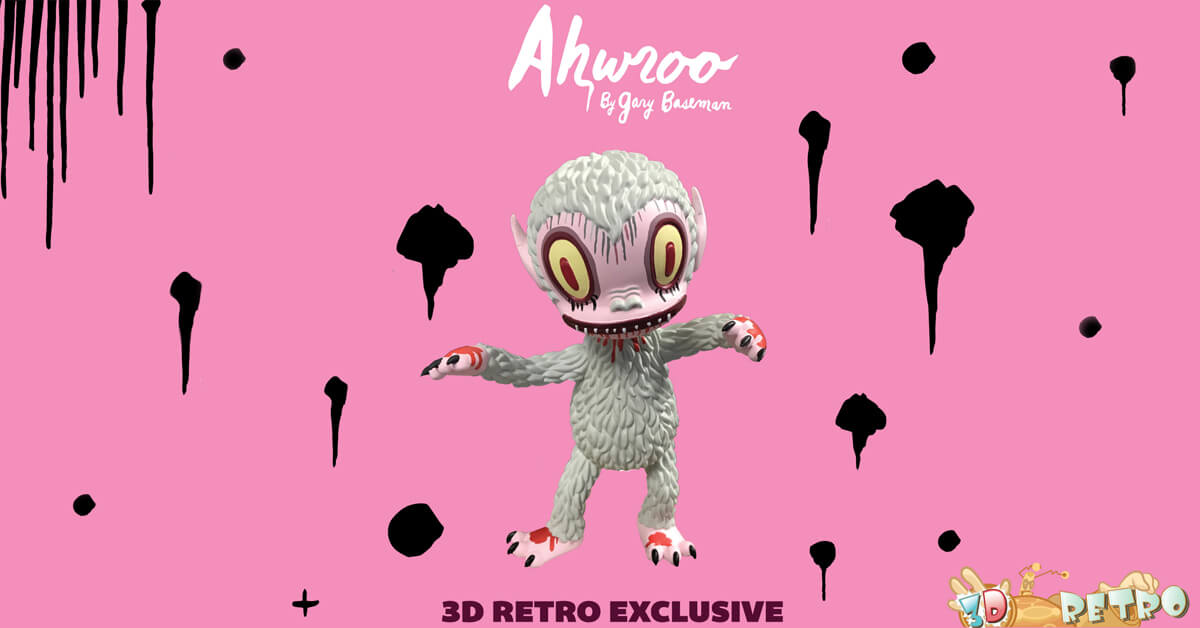 We brought you news earlier in the year that Gary Baseman was working on a release of Ahwroo with 3D Retro (read HERE). Today Gary Baseman x 3DRetro has officially confirmed a new Ahwroo colourway last seen *cough leaked in January will be let loose tomorrow 24th April!

“I live my life every day as an artist. I don’t do anything that isn’t about creating, sometimes to the detriment of my life. How others see my art is up to them. I start with creating images and characters, often in an intuitive and playful way. I experiment in different mediums and disciplines. My work may seem light-hearted at first, but it’s all quite serious to me. I’m inspired by experiences, intellectual and emotional connections, and I hope those who view my art can somehow be touched by it.

I think about and value more my “dream reality” than dreams. Dreams are many things: actual dreams when we sleep, dreams of desire of how we want to live our lives. My dream reality speaks to how I live life, my worldview – how I take in our objective or subjective reality and work with it to create something meaningful. I take heartache and happiness, and filter them through what I call my dream reality. Hopefully I can create some imagery or narrative that people can relate to, learn from, be inspired by, and hopefully that in turn makes them a better person.”
Gary Baseman