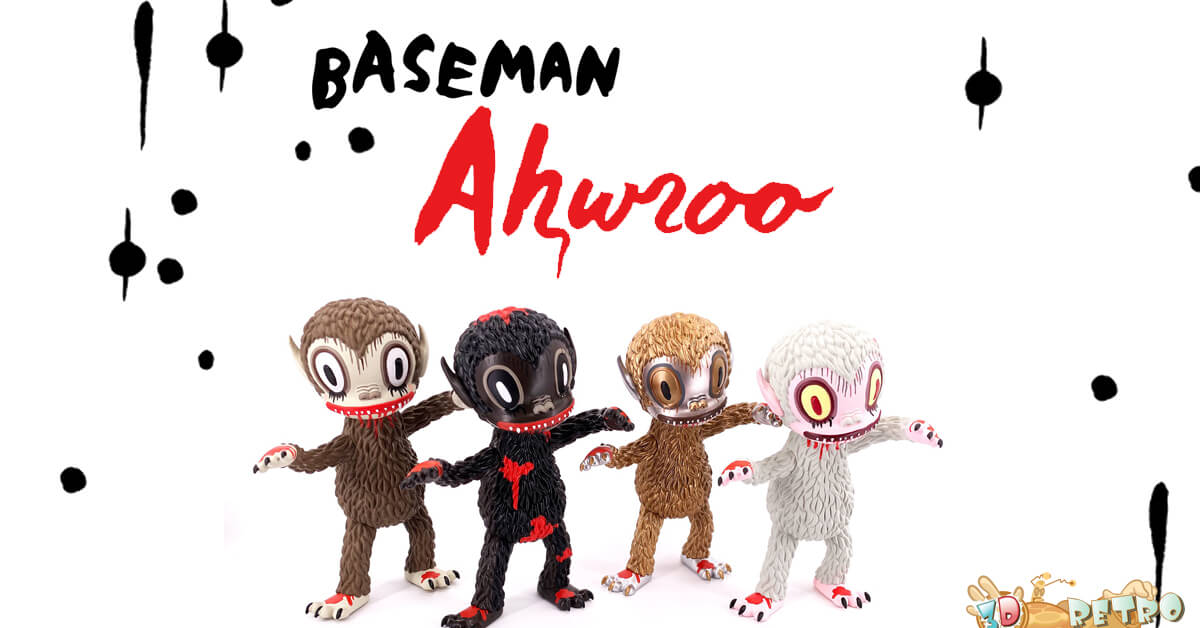 Last year saw 3DRetro teaming up with Gary Baseman letting loose a 7.5” vinyl beast ! 3DRetro turning Gary Baseman’s illustrations and character from 2D to 3D format! Check out Ahwroo in its vinyl art toy form. Ahwroo made its debut at Life is Beautiful Festival. We got the chance to see Ahwroo up close at DesignerCon 2018 and can confirm no lost in translation as Ahwroo resembles Gary Baseman painting and illustrations, now we can all have an affordable version of Ahwroo and have the little chap on display. Over the past 48 hours, a photo has surfaced with new colourways of Ahwroo!

No official word if the other 3 are customs or actual new production editions.