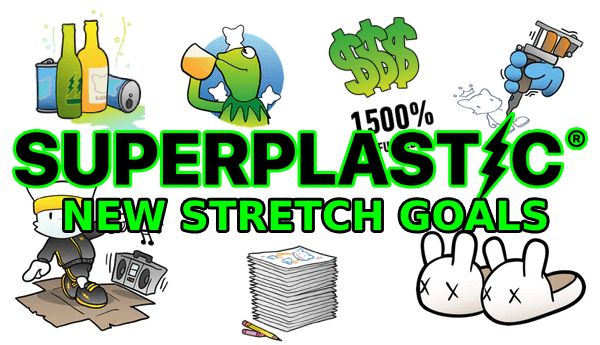 We are almost a week into the Superplastic Kickstarter that kicked off in earnest last Tuesday 15th May. With over $350,000 pledged so far, Superplastic have been working on some of the Kickstarter Stretch Goals that are used to help generate further pledges & interest in the project. The first stretch goal of designing your very own Janky was completed in a matter of hours, so now they’ve given us all multiple challenges to unlock the next Stretch Goal. Don’t forget you can pledge your support to Janky & Superplastic HERE.

The first stretch goal released the Jake Parker Rediecchi Janky into the mix. The second stretch goal will release the Janky Dead Bunny Slippers for 1¢. To unlock the Janky Dead Bunny slippers, we need to complete 12 challenges amongst us. Four have already been completed, as detailed in the pics below. From increasing your pledge, doodling your own Janky or getting a Janky tattoo, there is a challenge for anyone & everyone. The Janky photobomb is a cool challenge. Upload a photo HERE and you’ll be able to add a golden Janky to your photo. Upload it to your social media and tag it with #JANKY and tag them, so that Superplastic can find it.

How about that Janky tattoo?! Anyone got the cajones to go get yourself inked forever with a Janky tattoo? Yeah, we probably have. Might even live stream it 😀 😀 haha. 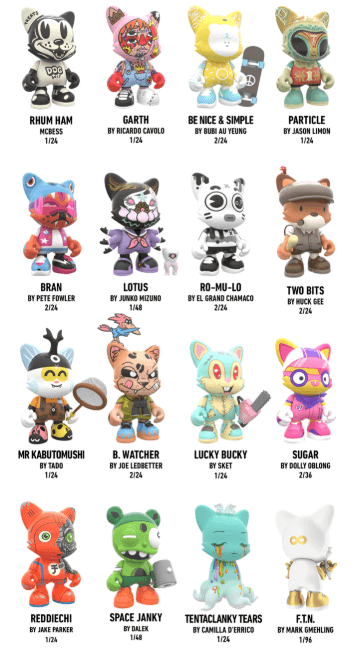 Superplastic have done a smashing job of it so far, bringing us all that little bit closer. Janky has proved super popular. The Janky Series 1 is a smash hit and we are sure it’ll continue to grow as the weeks progress. They’ve pulled together a whole host of awesome artists, and we love it. You can pledge to get involved HERE on their Kickstarter. We already know 16 of the designs, but there are 4 secret designs too. Will we see them unveiled as a stretch goal incentive over the next three weeks? We hope so. 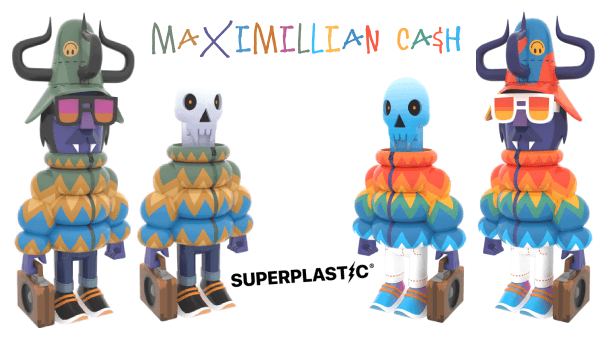 Not only do they have the awesome Janky platform, but they also have the f’n aces Maximillian Ca$h figure by Pete Fowler. These have proved ever so popular with the Designer Toy community. Great figures, and even better colourways. The Falling into Autumn (on the left) has sold out, but the Weekend in Malibu figure remains as part of the pledge levels HERE.

Keep yourself updated on all things Superplastic via the TTC Mobile App. Designer Toy News the EASY way! Totally FREE. Totally ACES. Search The Toy Chronicle on both the App Store and Google Play to download now. 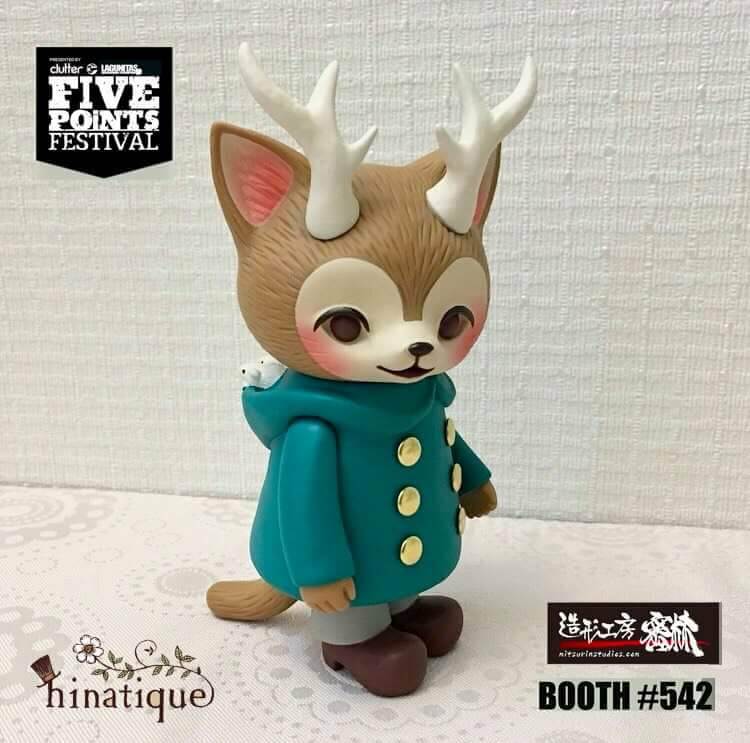