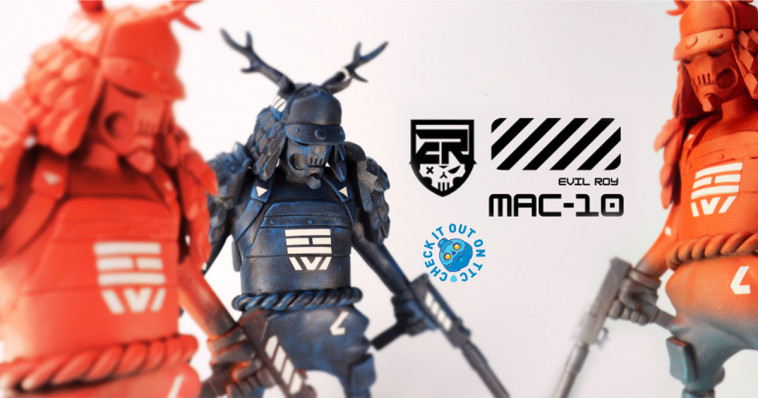 Coming out all guns blazing is Cristopher Dino of Evil Roy Studio! from the artist who gave birth to JABRA HEAD Hellboy comes “MAC-10” along with the name these two are armored up to the max which matches the heat from the name alone! Standing with a stance at 7.5 inches tall, MAC-10 are inspired by Daytoner’s M9E and Ghost of Tsushima Sakai Clan armor, a mix of modern samurai warrior with mac-10 submachine gun in both hands just for that extra firepower! MAC-10 exists in the same universe as Cristopher first released “Jabra Heads” so strap up and hold on tight as Cristopher presents to you MAC-10. BRRRAP!

While most people fight for survival, the new government fights for power. Hip Hop became a sign of status. Warlords and gangs use hiphop dance and rap songs to celebrate power.
Yakuza, one of the most powerful groups developed. A half human half machine sentinels will fight for them and are tasked to mark their territory using graffiti. And that became the MAC-10. The Jabra Heads and MAC-10 are made by different clans and there will be a possibility that they will cross paths and engage in an epic battle!

Available for collectors from the Philippines only it will be limited to 20 pieces. It will sell for 2500 Pesos each or 55 USD. Stay tuned for the release details and international allocation. 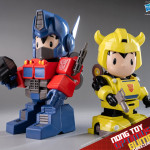 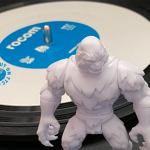