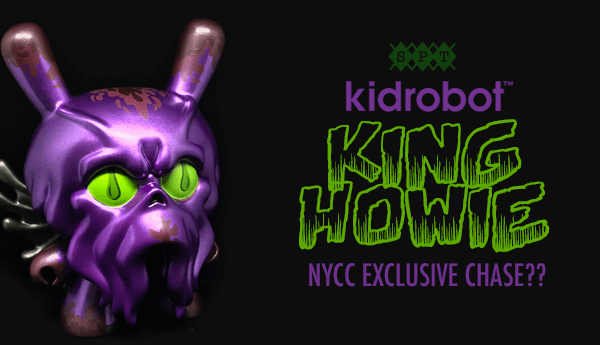 We know that NYCC isn’t for another 34 days but we got ourselves a little exclusive for you! A wee care package from Kidrobot arrived at TTC HQ today, when we opened it up we found a whole host of goodies in there (more to come on those) but we had heard rumours that the King Howie 8inch Scott Tolleson Dunny was going to be making an appearance at the 2017 edition of New York Comic Con, via the Kidrobot booth, but to our surprise we think we may have got our hands on the Chase figure early. Check out the purple metallic King Howie below… 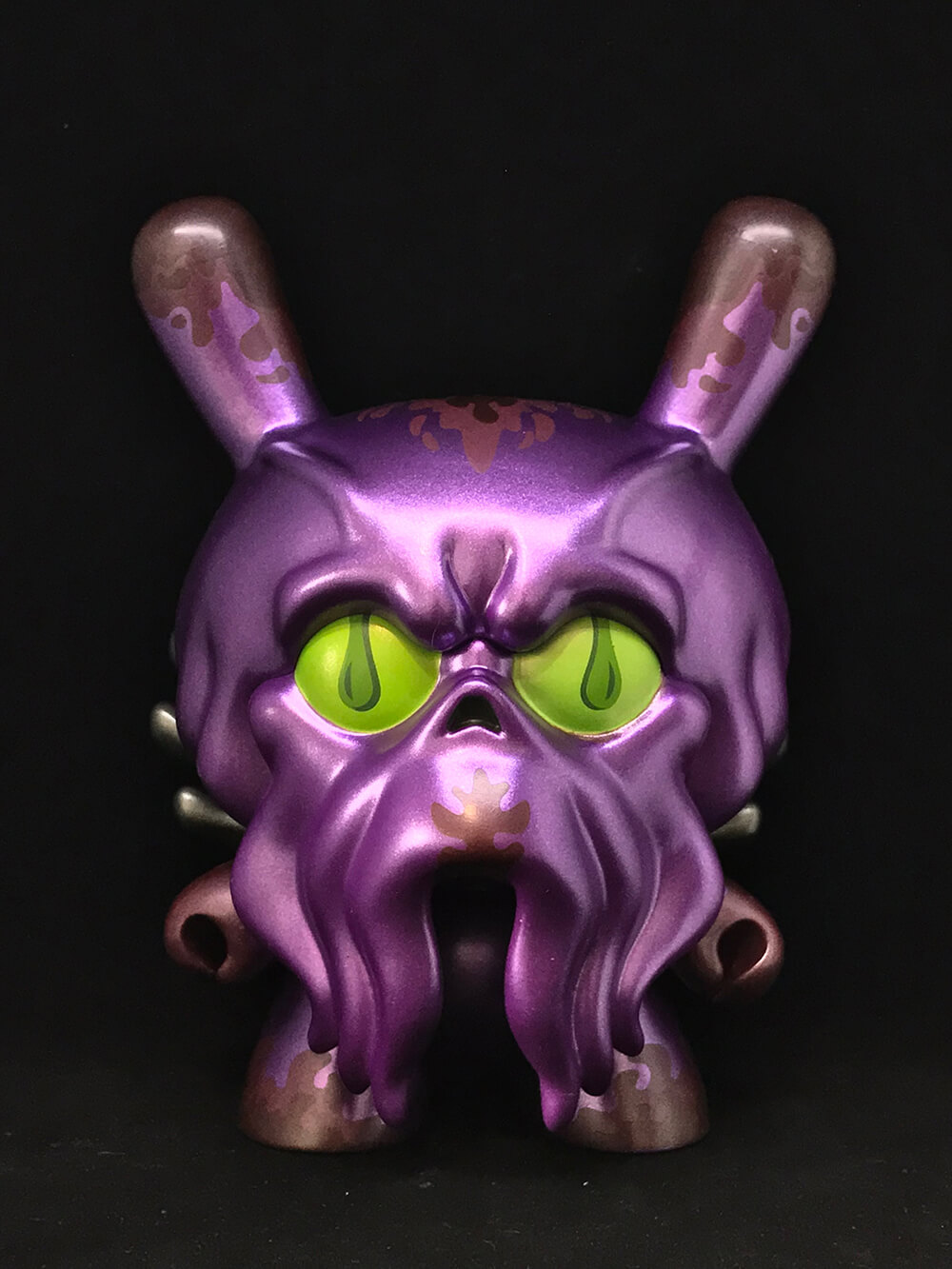 Yup, if you recall, we spoke about the impending Cthulhu release back in May (read HERE) when we got word that King Howie was being promoted from the original 3inch Dunny from the highly popular ‘The Odd Ones’ Dunny series by Tolleson x Kidrobot. We didn’t know back in May that the release was due for NYCC. It should be noted that no official word from Kidrobot that this is the case. 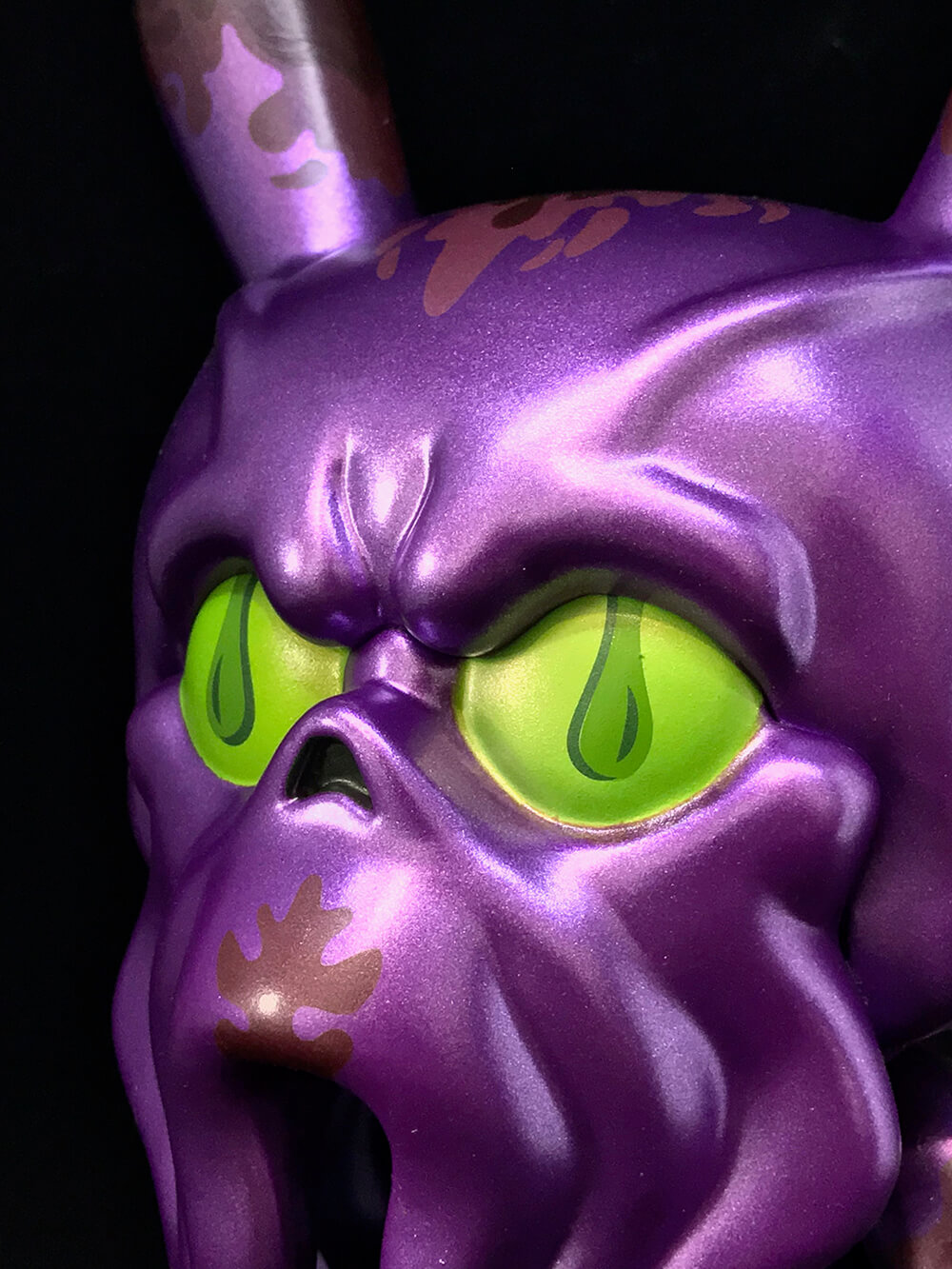 Now we know that King Howie has seen several colourways in the past. The original green King Howie, obvs part of the aforementioned Odd Ones Dunny series, but there was a blue metallic version released at the 2016 NYCC last year, did anyone pick that up. It seemed to be very popular at the Kidrobot booth. 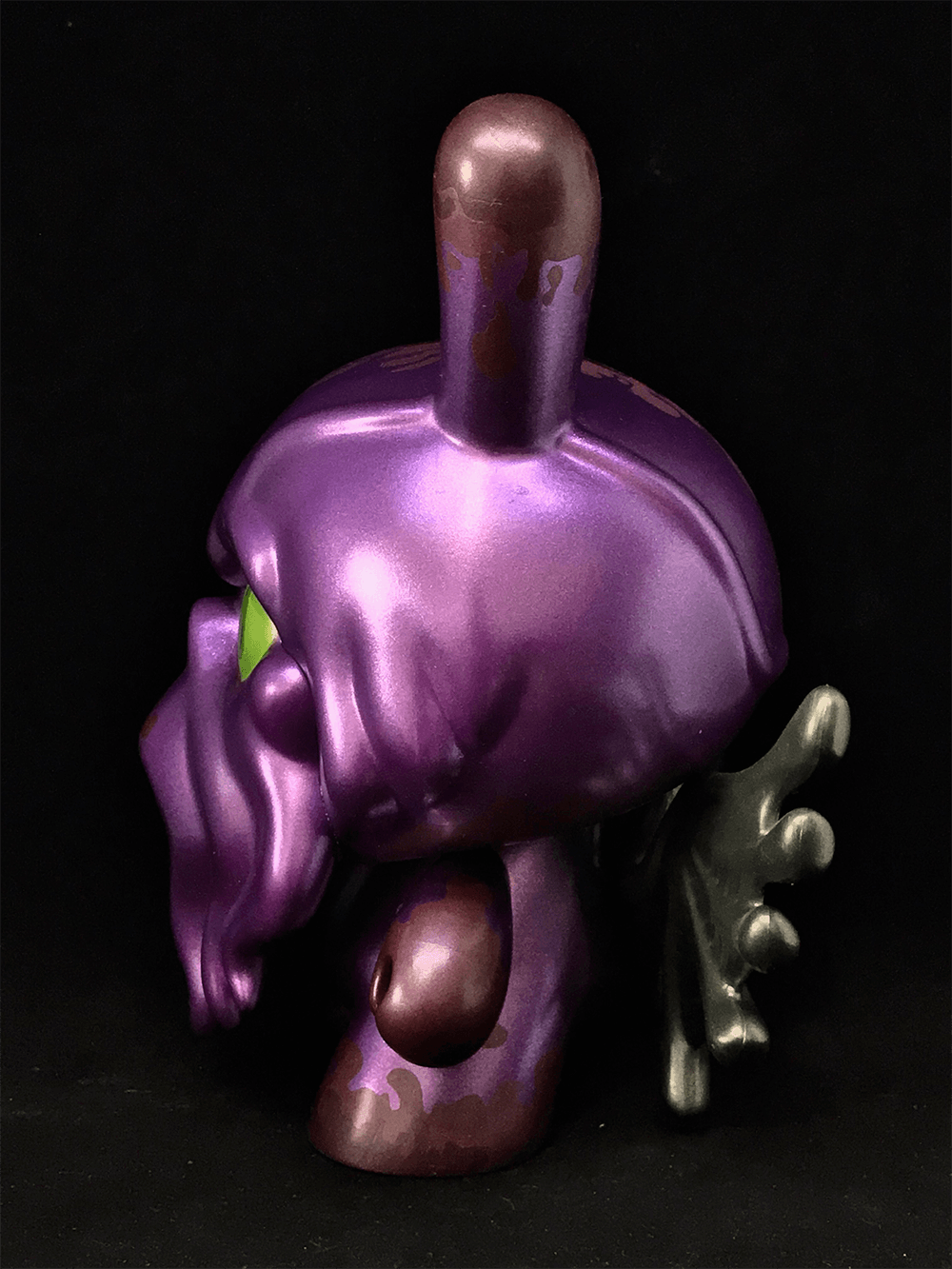 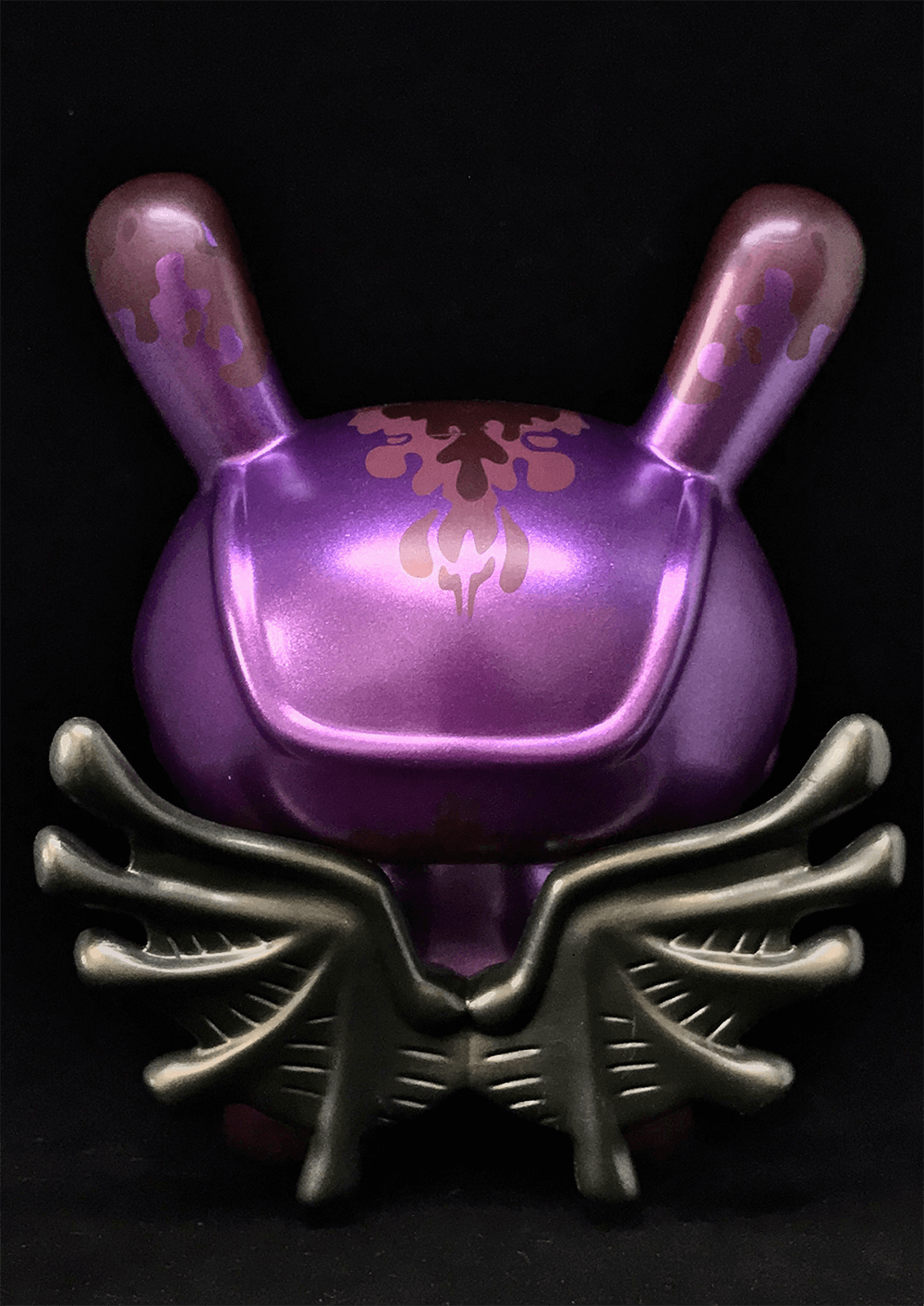 We are thinking that this purple metallic version is a new Chase figure, given that the artwork on the new 8inch King Howie Dunny box is reverted back to the original green colourway. We love the metallic-ness of this King Howie Dunny version. We are to believe that the original 8inch King Howie was going to be limited to 500, so will be interesting to hear what the Chase ratio (if indeed it is the Chase, of course). We’ll keep you posted as we hear more word from Kidrobot in due course. 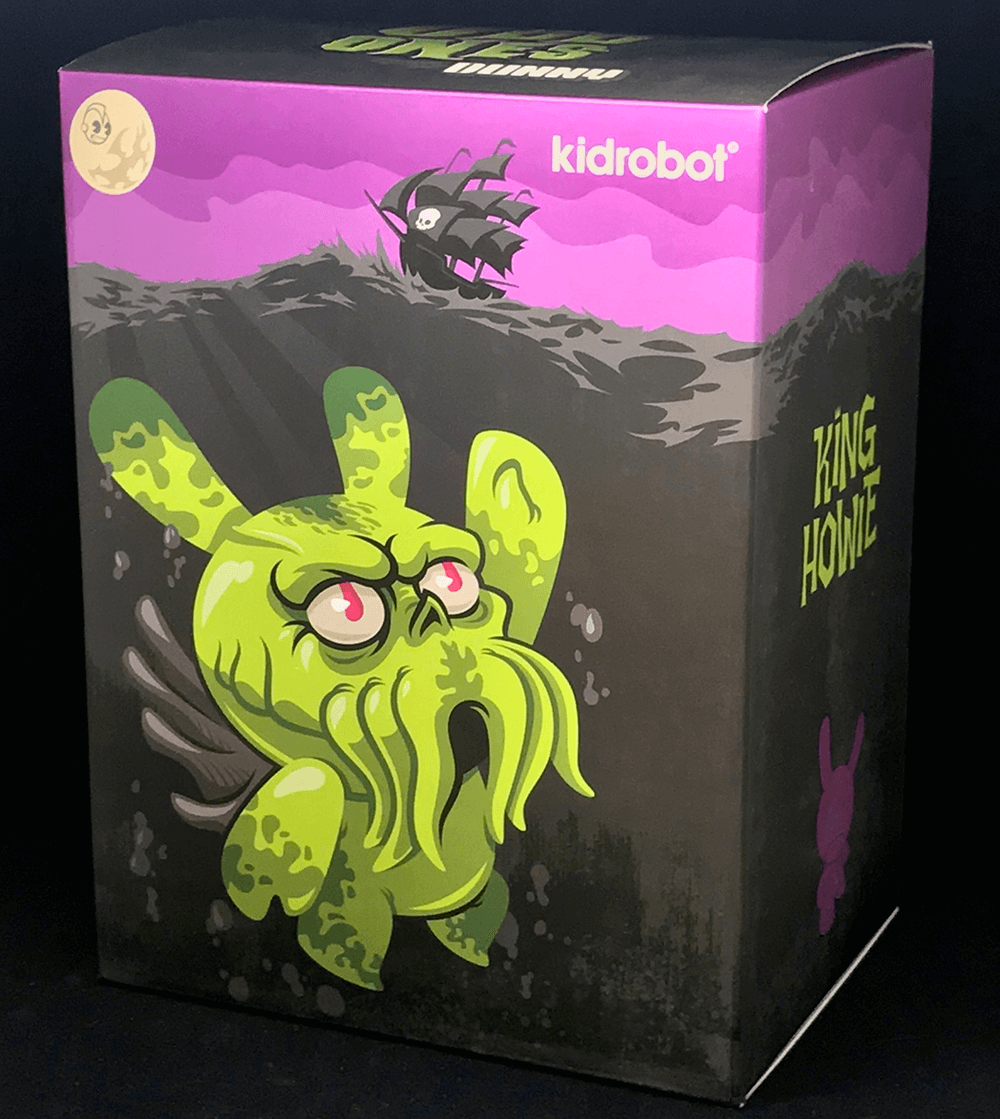 Who is heading out to NYCC this year? Unfortunately, no TTC at NYCC this year, as we attended Five Points earlier this year in NYC, and already have plans to attend STGCC next week, as well as DCon in November.

What does everyone think of the new colourway of King Howie? Looking to add this terrifyingly cute 8inch Dunny to your collection?