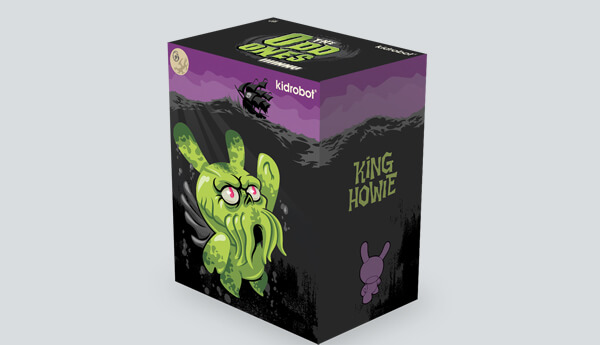 Scott Tolleson gets another Kidrobot production! This time round, one of Scotts 3″ from Odd Ones Dunny mini-series gets turned into a 8″ the one and only Cthulhu KING HOWIE gets pumped with steroids, BIGGER and badder!  For now, we only have the vectors but stay tuned and we will get you as much info as possible soon.

The sailors would often talk about what they feared most about heading out into the open sea. It was not the sharks or serpents. It was not falling into the dark abyss below. But rather the Odd One that lived there. They all feared the King. The ancient King of the Sea. King Howie. From the deepest depth of the ocean, Kidrobot and Scott Tolleson are ready to conjure up the King of the Odd Ones in 8″ form with the King Howie 8″ Dunny. Limited to 500 pieces worldwide, summon him to your collection today or lose him to the deep forever!
Kidrobot and Scott Tolleson have previous teamed up on the Pipken Labbit and Odd Ones Mini Series.

No official release date. Right now only https://wootbear.com/ have them on pre-order. Please check your local vinyl retailer. 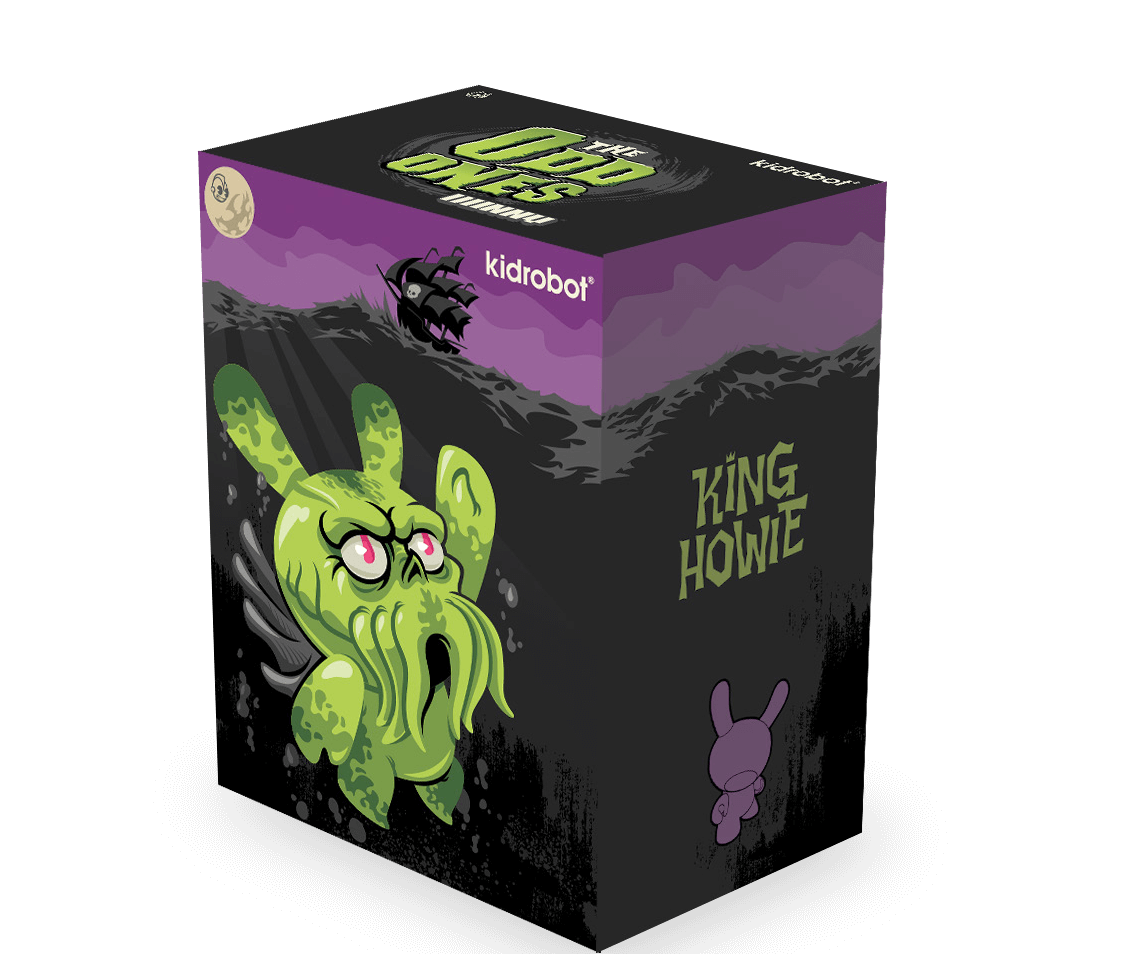