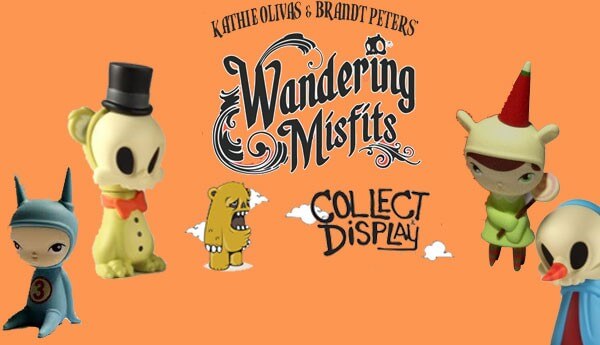 Kathie Olivas & Brandt Peters – Wandering Misfits Series finally hits UK shores, Our site sponsors Collect and Display have managed to secure some Wandering Misfits and personally I cannot wait to get my grubby hands on a couple. 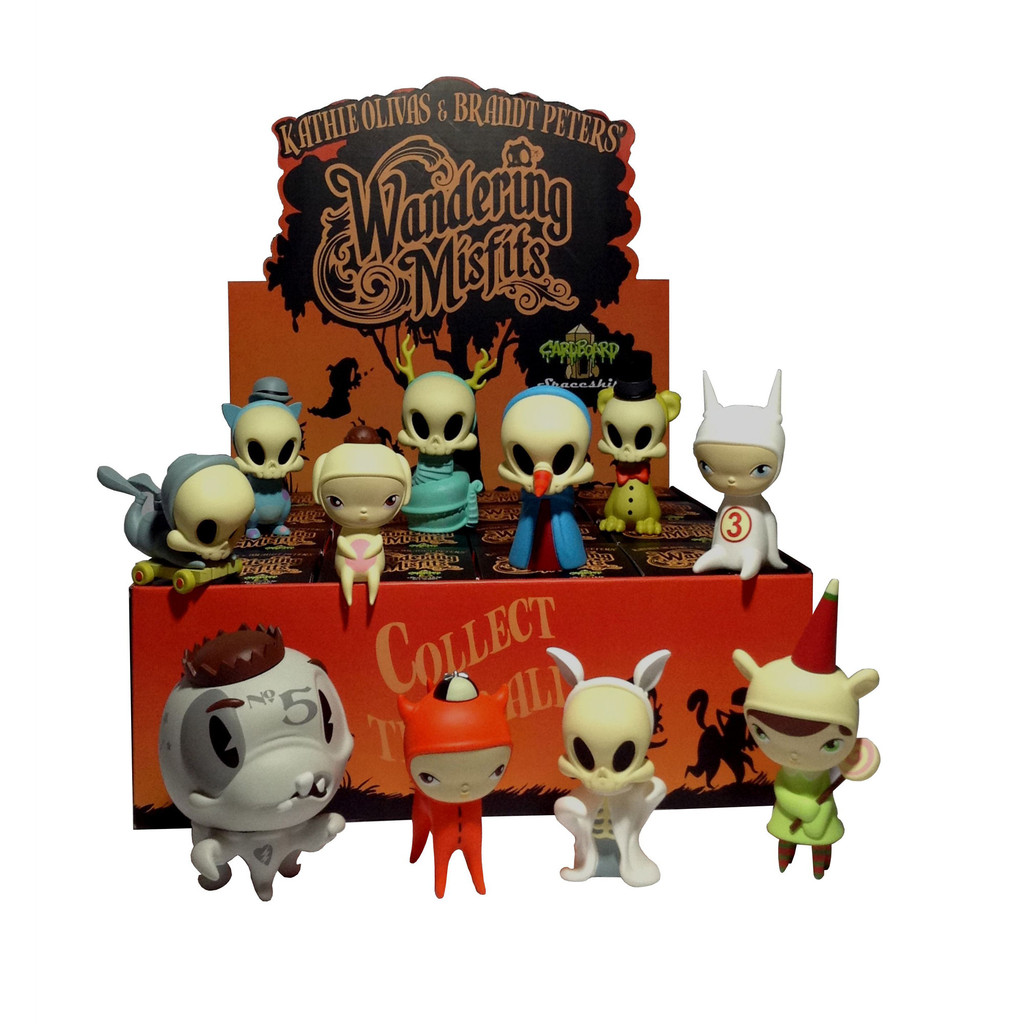 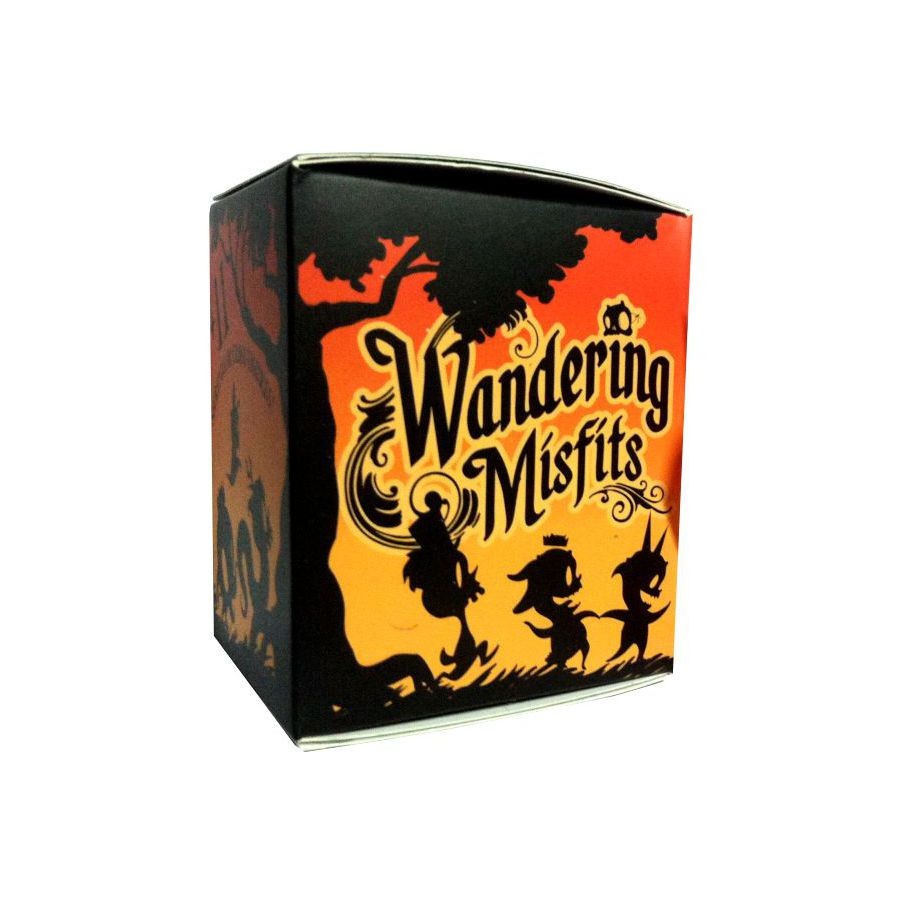 Kathie Olivas & Brandt Peters are part of the Circus Posterus family and both their work are simply amazing and unique as you can tell. Looks like Cardboard Spaceship have a great job making them just like the Scribe’s series Resound Field Guide

Collect and Display have them up for £9 a Blind Box  or £114 for a case of 16, This series contains 11 different sculpts and rare colourways

Visit Collect And Display HERE to get yours.
A little information about the duo
Kathie Olivas

Kathie Olivas is a multi-media artist who resides in Tampa , FL and Albuquerque , NM . She received her bachelor’s degree in visual arts from the University of South Florida in 1999 and is currently working on a book of her work and a line of limited edition vinyl toys.

Sugary treats, dichotomous dreamlands, and the cute and corrupted all find their way into the brief calm before the rebellion featured in Kathie Olivas’s art. This series of paintings and custom figures focus on imperfect characters that parallel a vision of post-apocalyptic conformity, uniquely documenting their own stories in a mysterious brave new world.

The cast is inspired by early American portraiture that often depicted children as small adults in an idealized new land. They evoke a sense of temporality; childhood serves as a starting ground, a place where things begin. Children also personify “cuteness” as more of a representation of projected innocence. The comfort in this ideology comes into question when these sweet creatures have other ideas such as how to protect themselves or how would they be able to adapt if they chose to be independent. Once isolated in a war torn environment, they are forced to develop their own defense mechanisms. Parasitic Haze focuses on the ambiguity and fleeting moments surrounding the uprising. The unapologetic anti-heroes guide us through the mysterious lands questionably untouched by human destruction. A minimalist haze fogs what could be the illusion of this dreamland or what could possibly be the reality of destruction and decay after complete and utter annihilation. Their mutated limbs, empowered sidekicks, or improvised armor present a satirical look at how fear affects our sense of reality.

Born in 1974, Santa Monica, CA, Brandt Peters is an illustrator, character, film and animation designer who’s commercial work has thrust him to the attention of the fine art gallery circuit — an internationally exhibited self-taught artist whose work is formed from the eclectic backdrop of his childhood, his work is filled with ancient cartoons, Victorian toys and pre-WWII vintage “Pop” ephemera.

The Subject of Brandt’s paintings is a world of creepy side-show icons, deviant Animalia, and “masked” glorified cartoon alter egos. Peters utilizes these icons and character cultures as antithetical counterparts to what we are lead to believe as being innocent and socially acceptable. Although misfits on the surface, a sense of relation is understood, secret from the public we are all misfits; hiding behind animated personas, odd and beautifully unusual. Who is it that we relate to? The lonely little boy hiding in a bear suite, the evil lustful pool-hall wolf, the sexualized little girl who secretly wants more. The environment and its limited population are meant to conjure these questions; the viewers are confronted with finding their own answers.

(information and photos taken from Circus Posterus and cardboard spaceship)