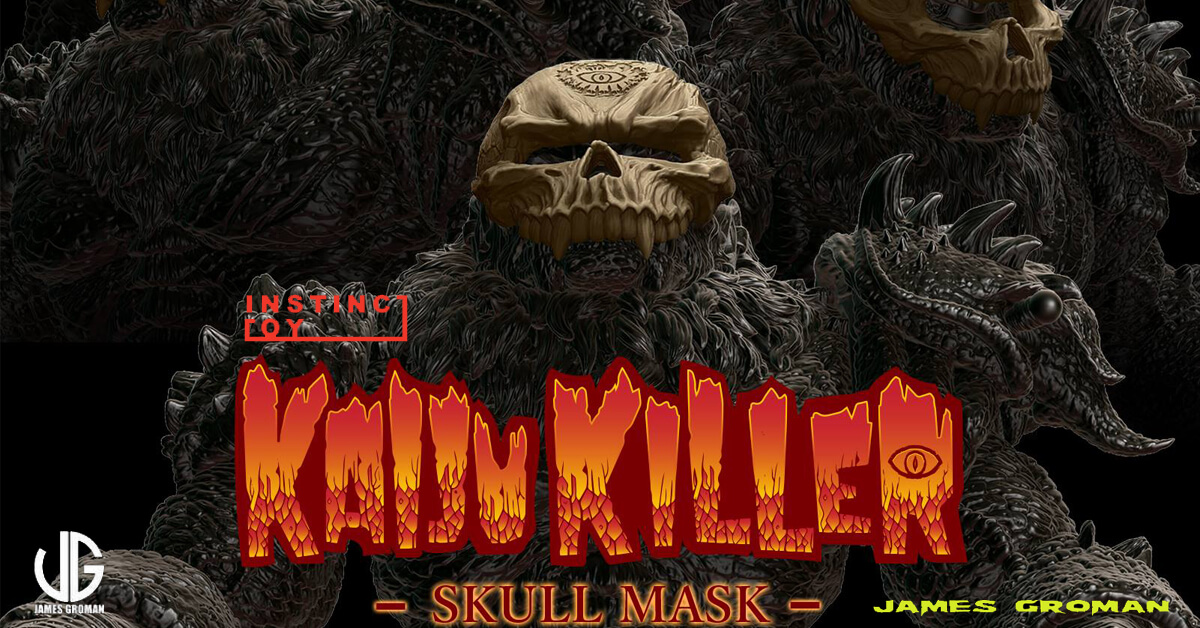 Back in February, collectors who made it out to Wonder Festival [Winter]  got to check out James Groman & Instinctoys second collaboration KAIJU KILLER prototype in person. If detail is what you’re looking for then you best start saving as Kaiju Killer will be moving onto colouring stages very soon as well as refining stages. One heck of a BEAST from the photos shown on James Instagram. TODAY, Instinctoy updated us all again, BE PREPARED to meet Kaiju Killer Skull Mask edition.

This is the 2nd additional part for Kaiju Killer, the 『SKULL MASK』.

The Kaiju Killer is the 2nd project between JAMES GROMAN × INSTINCTOY. It will be released this year. We introduced the “dragon wing-design saber” the other day, so here is the next part, the 『SKULL MASK』. The coat of arms on the forehead is very cool! We are thinking of having more additional parts on the weapon and also the armor.- 大久保博人  Instinctoy The sample of the Kaiju Killer 『Skull Mask』 was made using a 3D printer today. I put it on the head and show his face. I also tried different ways of positioning it on the figure. I found that it is really cool when I put it on the shoulder as a 『Pauldron』-大久保博人  Instinctoy We could imagine King Korpse stand alongside Kaiju Killer! Could Kaiju Killer be another Toy of the Year? We are surprised the stand could handle the size of  Kaiju Killer.

No ETA on  Kaiju Killer but stay tuned for further updates.