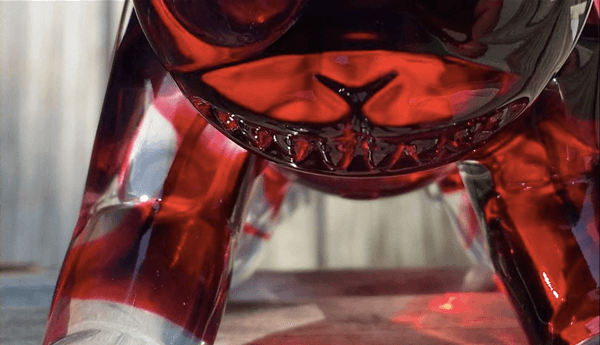 These sold out in like two seconds flat, but they’re pretty awesome so we figured we’d still share this release with you. Jermaine Rogers, this past Friday 13th, dropped the third in his CREEPING: DEITY series. Plasma. Selling for $150/£105, Plasma didn’t last long. Oh no, however, Jermaine has confirmed there will be one more release in this series. Sweet. 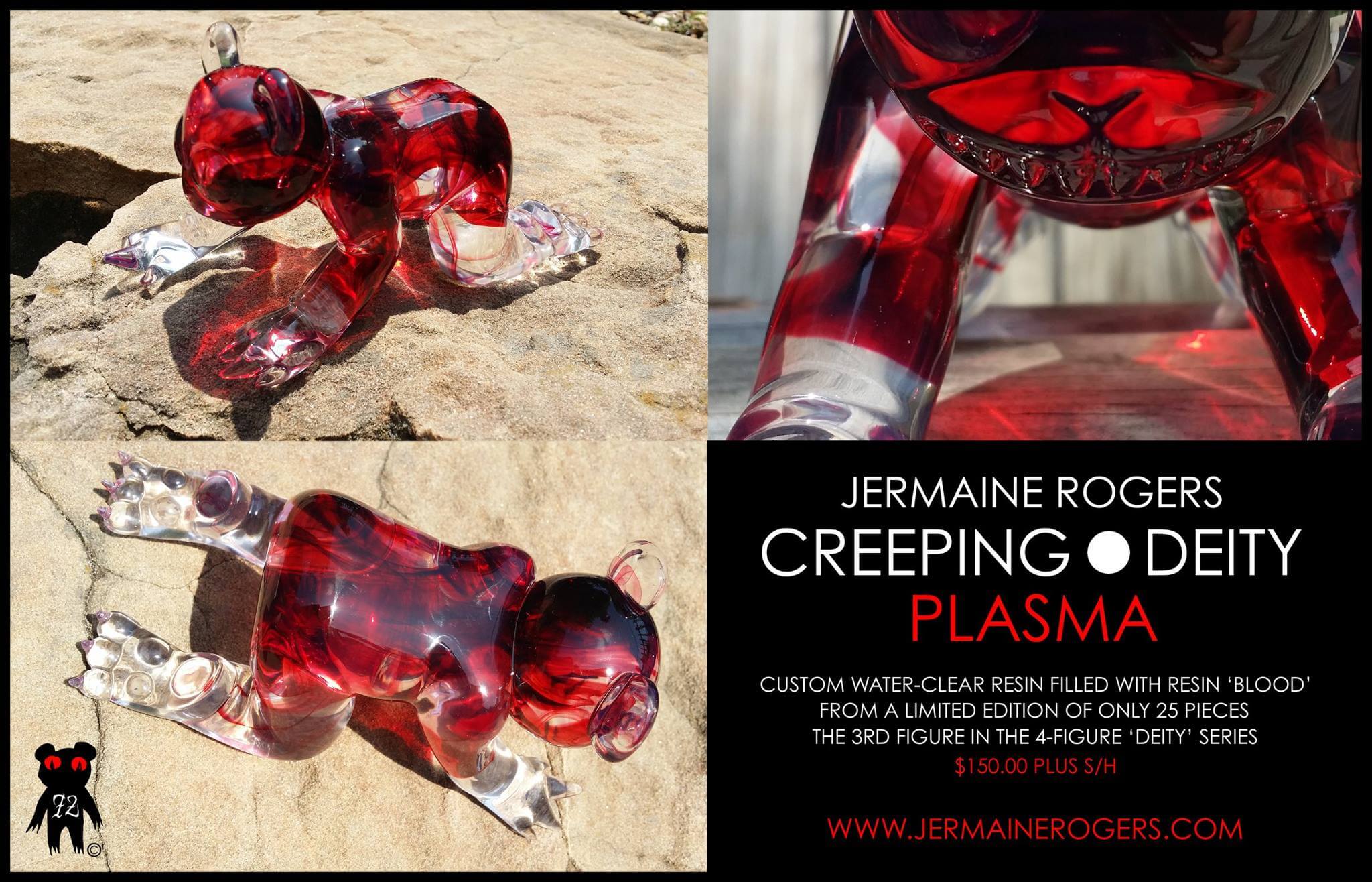 It is cast in striking water-clear resin which contains inside, the ‘plasma’: wispy scarlet streaks of resin…it’s life blood swirling about within it. This time-consuming casting process renders a sculpture which is one of a kind: each figure contains a ‘plasma’ essence inside of it’s clear form, frozen it it’s own particular & intricate formation. We love how the ‘blood’ resin has settled. Eerily beautiful. Keep an eye on Jermaine’s social media for further information on future drops – Facebook, Instagram and Twitter.