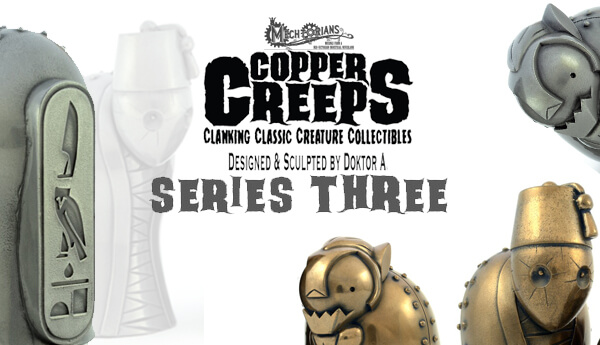 We’ve loved and bought Bruce Whistlecraft AKA Doktor A  past Copper Creeps series. Now we prepare for DokA’s new series three. YES the new monster robots are coming and brilliant as ever.  “The Monster” and “The Bride”, “Vlad”and “Orlok” Dok A continuing his clean work and stella design, the cute but not over cute and Dok A’s steampunk trend series 3 will look fantastic together with the older but still great series for sure. Imhotep has a kind of ancient Egyptian scriptures on his back and once again DokA takes his work to a new direction. We will let Dok A give you the lowdown.

Series three of the Classic Monster inspired resin robot collectibles are nearly with us.
“Imhotep”, Son of the Sands and “The Wolfman”, moon fearing denizen of the night, are the two latest additions to the expanding line. 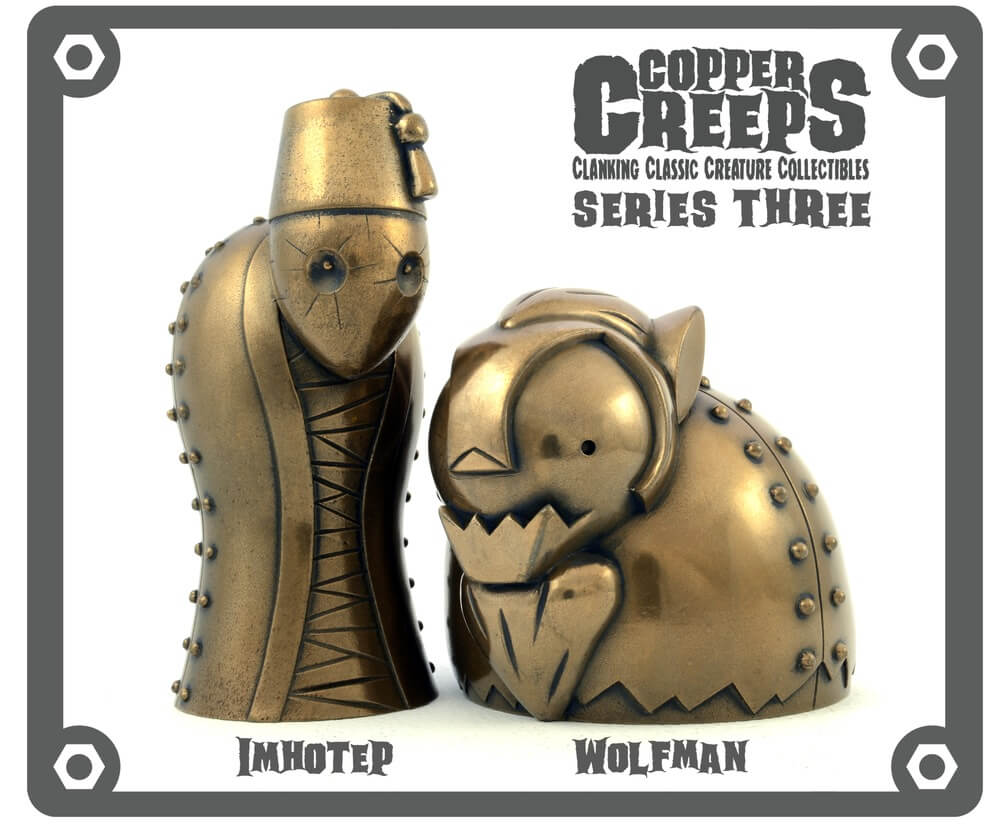 Imhotep stands a slender 4? tall. The Wolfman at a chunky 2.75?.
They come individually boxed in simple packaging with striking metal labels. 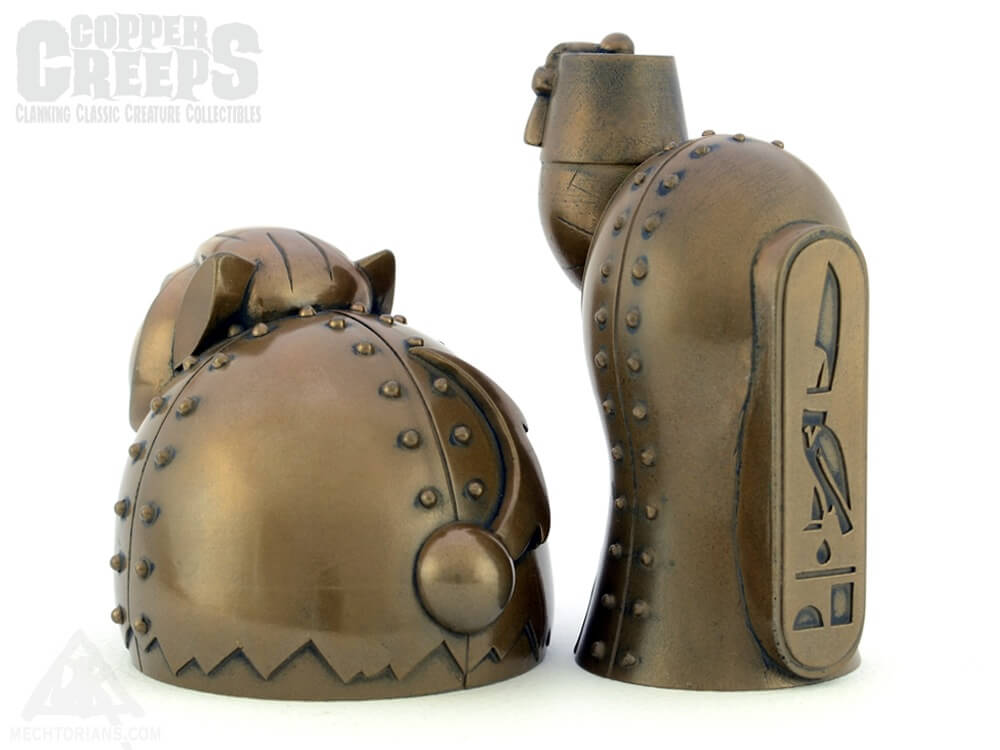 The series will launch on Saturday the 21st of August in person at Creaturegeddon the UK convention for lovers of creature design and monster make-up, taking place in Watford, London
( http://www.creaturegeddon.net/ )

Available at launch will be the super limited “Mono” edition. Hand painted, signed and numbered by Doktor A in a run of only 20 or each character. ( £90 each figure.) And the open edition “Metal” editions in cold-cast Bronze and Pewter. Each signed by Doktor A. ( £40 each figure.) 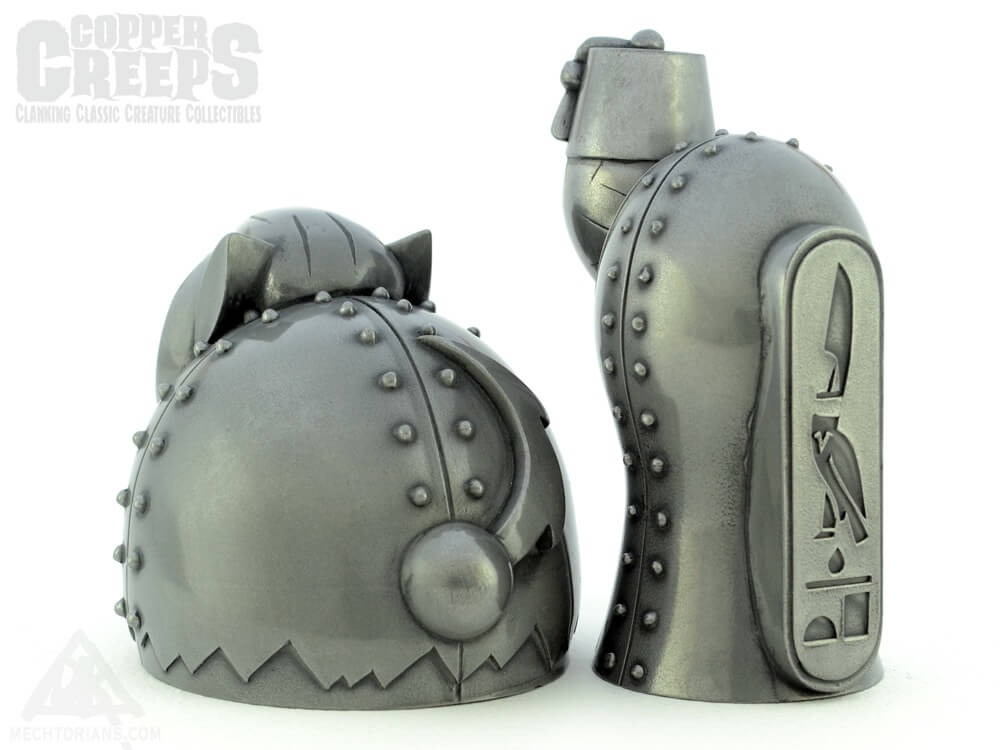 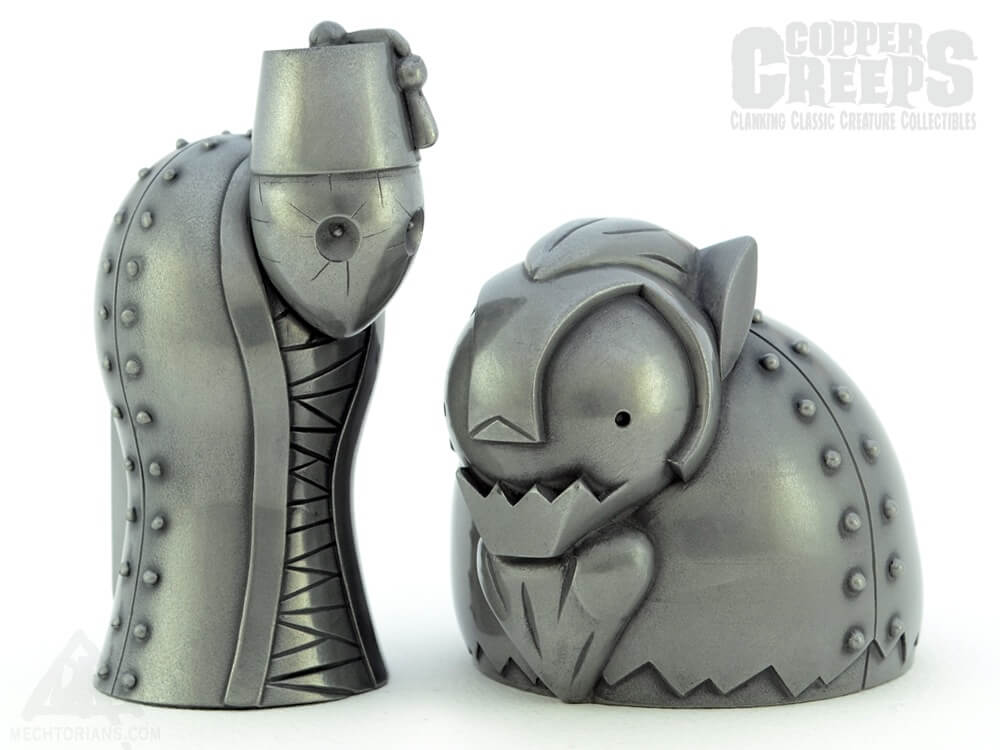 The metal editions will be available at ( http://mechtorians.bigcartel.com ) the same day.
Also Half of the Mono editions will be added to the store with any others added after the event closes should if any remain.

On the 21st & 22nd of August I will be having a booth at Creaturegeddon in Watford, London.
This is fairly new UK convention for lovers of creature design and monster make-up.

It has some amazing speakers from the very top of the movie effects world including Nick Dudman who oversaw all the Harry Potter films and David Marti of DDTFX responsible for the wonders of Pan’s Labyrinth and Crimson Peak among many others.

I will be there at booth No. 13, right in the middle of the hall with my work and launching series 3 of Copper Creeps .

If you want 10% off an advanced ticket use the code MECH16 at their online ticket vendor (good for the first 30 users).
l hope to see you there.- DokA
http://www.creaturegeddon.net/ 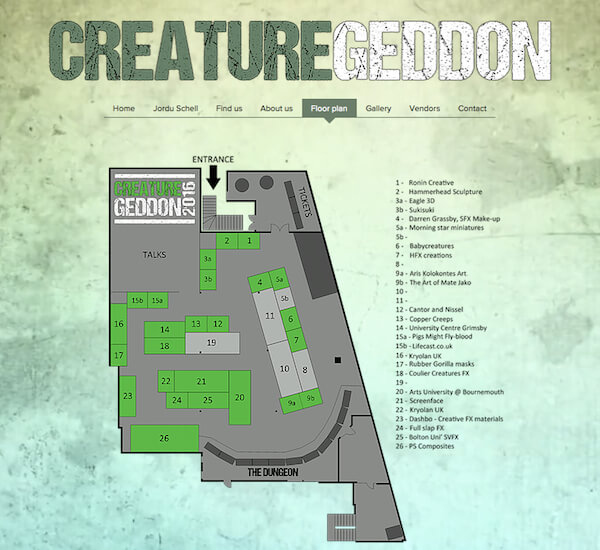 For more information about Doktor A and his other toys visit www.mechtorians.com

Need a custom? hit Doktor A at

(all info and photos lifted from www.mechtorians.com )