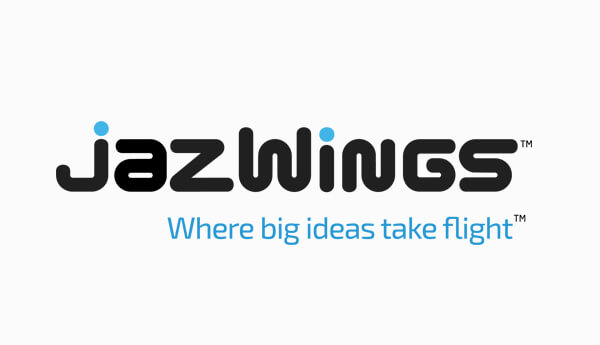 Looking for something to get your ideas off the ground? Well a company Jazwings has just taken off and looking to support you guys to help you make your ideas come to life.  JazWings are actually working with Kickstarter, Indiegogo or other crowdfunding platforms to make your dreams come to life.

Jazwings even had a booth at NYCC 2015 and a number of ideas come to life. Here’s what they have to say and what they represent.

JazWings, the innovative Idea incubator platform “Where big ideas take flight™” has launched. A subsidiary of the award-winning product manufacturer, Jazwares™, JazWings™ offers Creators the opportunity to submit their ideas for animation; books/storybooks; comics; graphics/illustration; games; live actions; toys, and beyond, and share them with the Community.

Globally inclusive, JazWings™ is a supportive network for Creators who want to take their Idea to the next level and a hub for all creative thinkers who want to have a say in what the next big Idea should be by becoming Community Members. The site, www.jazwings.com, will accept submissions from Creators from all walks of life, anywhere in the world. Once a Creator uploads their Idea, Community Members steer its popularity by voting on how they feel about it and supporting the ones they like most. JazWings™ Advisors will work with the Creators as they gather support throughout the process, bringing the best Ideas to life and placing them on store shelves, the web, in an app, or in the movie theatre.

All great products begin as great ideas. But for many, the process to effectively design, manufacture, distribute, promote, and sell a concept is a challenging journey. Not everyone has the financial backing, relationships, or other means to achieve greatness. JazWings enables the Creators’ Idea to be brought to market while keeping the creator’s voice intact.

“It always bothered me that so many talented people with amazing ideas would never have the opportunity to get a fair shake in creating a brand,” states JazWings™ CEO, Judd Zebersky. “The rise in popularity of crowdfunding created a positive shift for artists, but it is still just the beginning. How many artists are able to professionally tackle design, engineering, packaging, production, compliance, safety, logistics, accounting, finance, or sales? I felt that we had a duty to build a site that, not only was the sequel to a crowdfunding campaign, but also a prequel by holding a creator’s hand in developing (and initially funding) the right campaign to ensure the right message is seen by the community. We have built this site with the intent to be 100% transparent. The creators share in all revenue streams throughout the entire life of the idea. No secrets… no fine print. This is a safe zone where artists collaborate, create, vote and have a partner that is only interested in helping bring the next big idea to life!”

There are four phases to the JazWings™ process: Vote, Support, Jazwares Products and MonsterBrands. When an Idea is submitted to the Site, it enters the Vote Phase. Community Members vote for, follow, and “fan” the Ideas they like best. Voting cycles ranges from 30, 60, or 90 days with Creators choosing the timeframe that best suits their needs. Creators are encouraged to help spread the word within their own networks to garner additional support. Once an Idea receives 100% of votes based on a proprietary 5-point rating system (5 being the highest), and is approved by the JazWings™ Panel, it moves to the Support Phase.

The Support Phase centers on moving the Idea from Idea to brand with the support of a crowdfunding campaign. JazWings™ will work in tandem with Creators to create a crowdfunding campaign (from defining the goals to scripting the sizzle video) and run the campaign. JazWings will take care of everything from defining the rewards to producing them (yes, actual products) and sending them to the campaign’s supporters. The Creator’s participation is essential and JazWings will even cover all upfront costs for the creation of the campaign, developing, producing and distributing the products. As soon as the campaign goal is met the Creator will earn a $5,000 Success Bonus from JazWings PLUS receive additional participation payments of 5% of the Net Revenues* generated by the Idea.

But, this may just be the beginning. Following the Support Phase, if an Idea resonates and is endorsed by the JazWings™ Panel, it enters the Jazwares Products Phase. As a member of the Jazwares™ family, JazWings™ idea submissions will have access to a global concept, design, compliance, and quality assurance team as well as direct sales and distribution around the world. Creators will continue to receive 5% of the Net Revenues* generated by all products created and sold based on the Creator’s Idea (that is in addition of the monies already received during the Support Phase).

With broad product categorization and genres (Kids/Family, Comedy, Action/Sports, Sci-Fi, Fashion, Pop Culture, History/Culture, All or Something else), JazWings™ wants it to be as easy as possible for anyone to upload and develop their Idea. There is no “one size fits all,” no “right” way to be creative. While Ideas can be single product oriented, JazWings™ encourages submissions to be multi-dimensional and have the internal infrastructure that can grow through time.

The JazWings™ Panel can also “jump-start” the Ideas they think will have the most potential and turn them into MonsterBrands (our way of describing something so big and so incredible, it can only be described as a Monster). This means that the ideas will have more opportunities for products, licensing, retail partnerships, TV, movies and more. Toys? Apparel? Books? Movies? TV Shows? The sky is the limit! If the Creator’s Idea is chosen to become a MonsterBrand, the Creator will receive another Success Bonus, this time $10,000, PLUS 5% of the Net Revenues* from everything generated by all the products and applications based on the Creator’s Idea and this for the life of the brand.