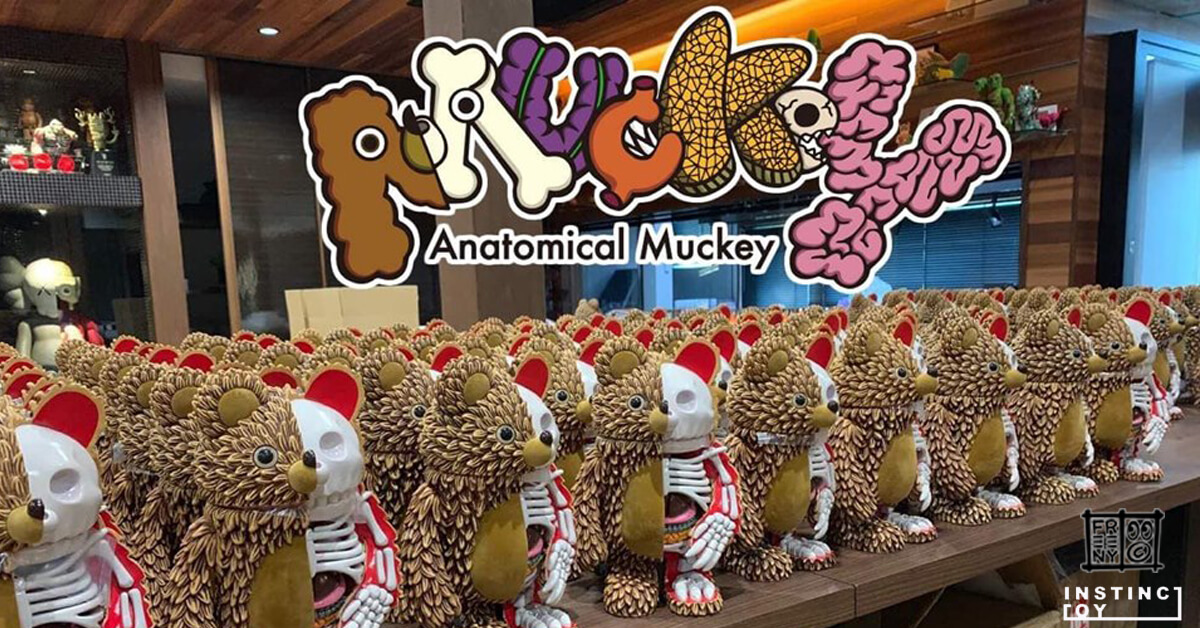 Get your bank accounts ready as Jason Freeny x INSTINCTOY are about to dissect your bank account! HA. Today a major update to the Anatomical Muckey 1st colour Hazel brown has been revealed which is in the last stages of QC.

The suspense has been building since last summer when details emerged that Jason Freeny was working on an Anatomical Muckey with Instinctoy. A little under an hour ago, Instinctoy posted images of the packaging for this wonderful new take on the Muckey with details that if production goes smoothly, the first colourway of Anatomical Muckey will happen next month!!!! NEXT MONTH KLAXON!!

The actual Anatomical Muckey were on show in Thailand earlier this year via Instinctoy, and we are super excited to try get our mitts on these when they release. They look beautiful!

As you can see,  two versions which include GLOW IN THE DARK edition touted.

Check out more images of the Anatomical Muckey packaging below.

The LOTTRY of the Jason Freeny × INSTINCTOY Anatomical Muckey 1st color “Hazel (brown)” will start in the end of this month.

Stay tuned for the lotto details.

Love Anatomical? Look out for the Senpai.