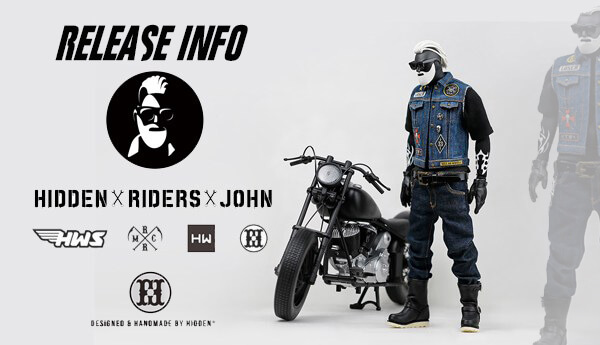 Last year we gave you the news of this freaking awesome high end one sixth scale figure by Hidden Foo. You guys went nutts over it and so did we. Well today Hidden Foo has set a date for the anticipated release of his 1/6 scale hand made figures.

“HIDDEN X RIDERS X JOHN” is the next instalment of Riders series after his successful HUNTER character from the China based designer. Having long sold out of HUNTER, the next character is John and dam he’s one bearded villain and bad to the bone. Hand crafted accessories is just one of the highlights but the monotone colour scheme is still carried though the new John character which we like and WANT!

See for yourself, the beauty of the tattoos and embroidery that Hidden Foo has crafted. Dam beautiful.

Accessories to die for!

Hidden Foo only produced 20 of the Hunter character and quickly snapped up by following fans. Here’s a short footage of Hidden Foo working on Hunter. It’s worth watching, trust me.

John’s clothing has the same level of craftsmanship if not even more, we would say. beautifully hand stitched and cut.

Sometime in June 2016 is the date pinned in and with 30. Priced at $450 so its not for the fainthearted, but you get what you pay for. All the hours put into making this fine looking figure. 3rd June 2016 8PM china time Email [email protected]. For those who bought Hunter get priority pre-order for John. We suggest you use http://www.worldtimebuddy.com/ to find your timezone. 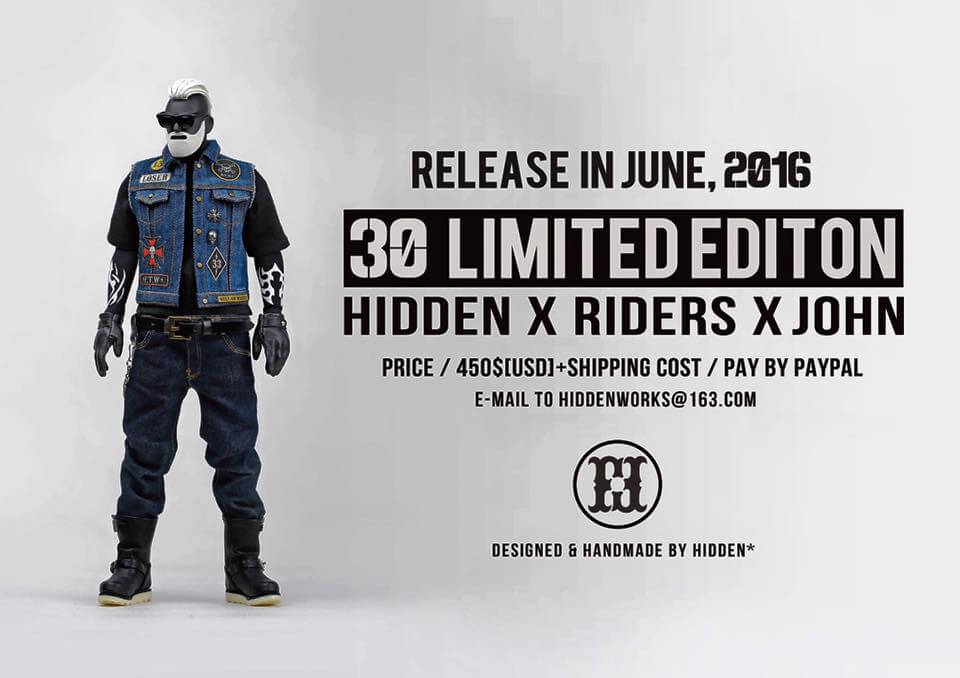 You can find Hidden Foo via Weibo and Behance