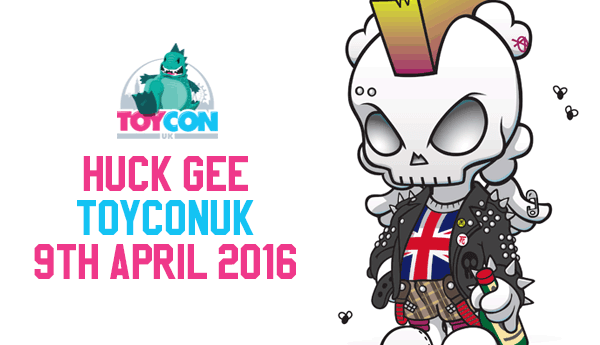 After much roller coaster fun & frolics, The Toy Chronicle are extremely excited & proud to announce that Huck Gee will be joining our krew at the 2016 edition of ToyConUK! We hit it outta the park with our exclusive Coarse Omens in 2015 and wanted to go much bigger & better in 2016. We wanted something that would be talked about for years to come. So at the Designer Toy Awards 2015, in NYC last October, we sat down with Mr Gee to thrash out a visit to London. Many whiskeys, DTA wins & dance moves later, we managed to shake on it. Huck Gee was coming to London in April! 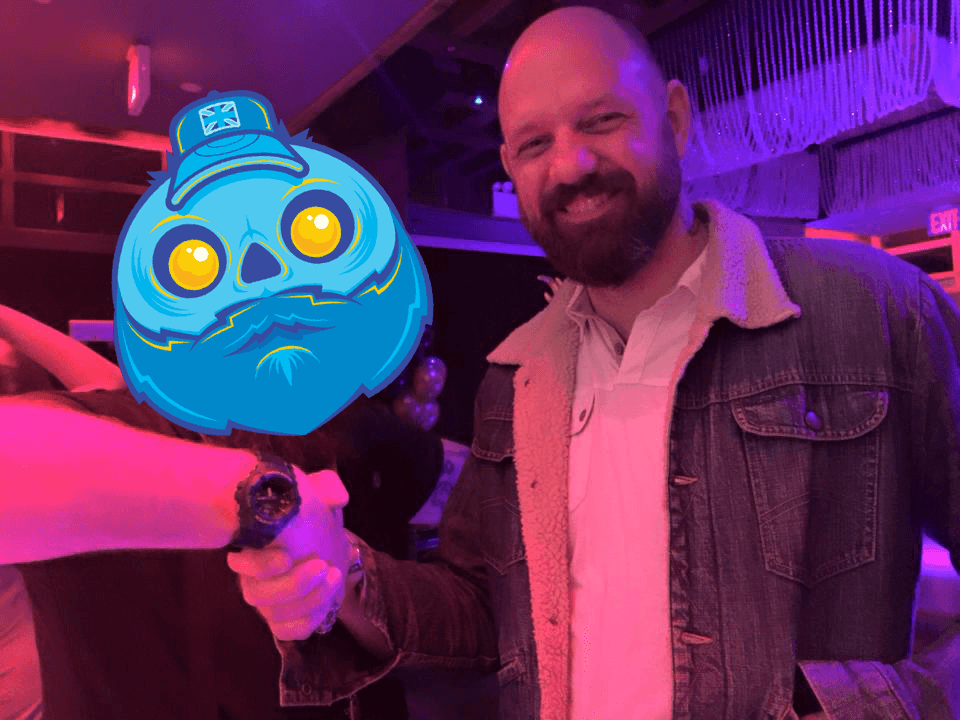 Having Huck Gee over in the UK is a huge deal, not only for The Toy Chronicle, but for the wider UK Designer Toy community. What better way to celebrate this event than by having a number of Huck Gee UK exclusives available on April 9th. Huck will be creating two new colourways of his awesome Blank figure available to purchase from Huck Gee/The Toy Chronicle booth at York Hall at TCUK. Huck has been working hard to decide upon the two new colours which will launch on 09/04. We’ll bring you more details nearer the time. Huck will also have a number of other exclusive items available on the day, including limited run Battle Tails Collectible Cards by Powercore.io that unlock cool stuff online and in Huck’s mobile game – Battle Tails – which you can download for your iPhone HERE.

Huck will also be our Guest of Honour at the Official ToyConUK Aftershow Party, which we are hosting following the joys of ToyConUK. The Toy Chronicle are inviting everyone to head on over to The Star of Bethnal Green (about 10mins walk away from the TCUK venue). TTC will be offering FREE beer & food to all those that have had a great day at ToyConUK – basically keep your TCUK wristband on, so we know who has attended (we don’t want to be wasting FREE beer on those that haven’t attended TCUK). During the Aftershow Party, Huck will be releasing one of his awesome Blank figures in an exclusive The Toy Chronicle Blue colourway! Awesome news, right?! We’ll remind you closer to the time, but make sure you save some of your hard-earned $$$ for the Aftershow Party. You’ll be getting FREE beer & food on the night, so may as well use the monies you would have spent wisely.

If you’ve ever wanted to own something beautiful from Huck, and want to avoid shipping/custom charges, now is definitely the time to head to ToyConUK and make those all important purchases. You’ll essentially be the envy of the Designer Toy world, as everything that Huck brings will be in limited editions.

If you’ve yet to buy you’re ToyConUK 2016 tickets, why the hell not? This year is going to be huuuge. Go buy your ticket HERE now! See you all on April 9th! Bright & early, we have some awesome early bird exclusives that you’re not going to wanna miss! Keep your onions peeled for more details!