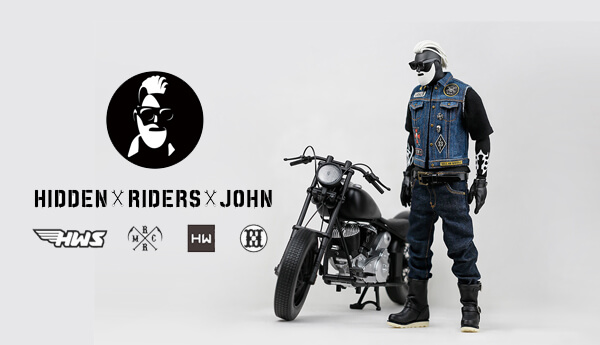 Hidden Foo the high-end 1/6  action figure maker is back. Another badboy of a figure is coming real soon “HIDDEN X RIDERS X JOHN” is the next instalment of Riders series after his successful HUNTER character from the China based designer. Having long sold out of Hunter, the next character is John and dam he’s one bearded villain and bad to the bone. Hand crafted accessories is just one of the highlights but the monotone colour scheme is still carried though the new John character which we like and WANT!

See for yourself, the beauty of the tattoos and embroidery that Hidden Foo has crafted. Dam beautiful.

Accessories to die for!

Hidden Foo only produced 20 of the Hunter character and quickly snapped up by following fans. Here’s a short footage of Hidden Foo working on Hunter. It’s worth watching, trust me.

John’s clothing has the same level of craftsmanship if not even more, we would say. beautifully hand stitched and cut.

You can find Hidden Foo via Weibo and Behance