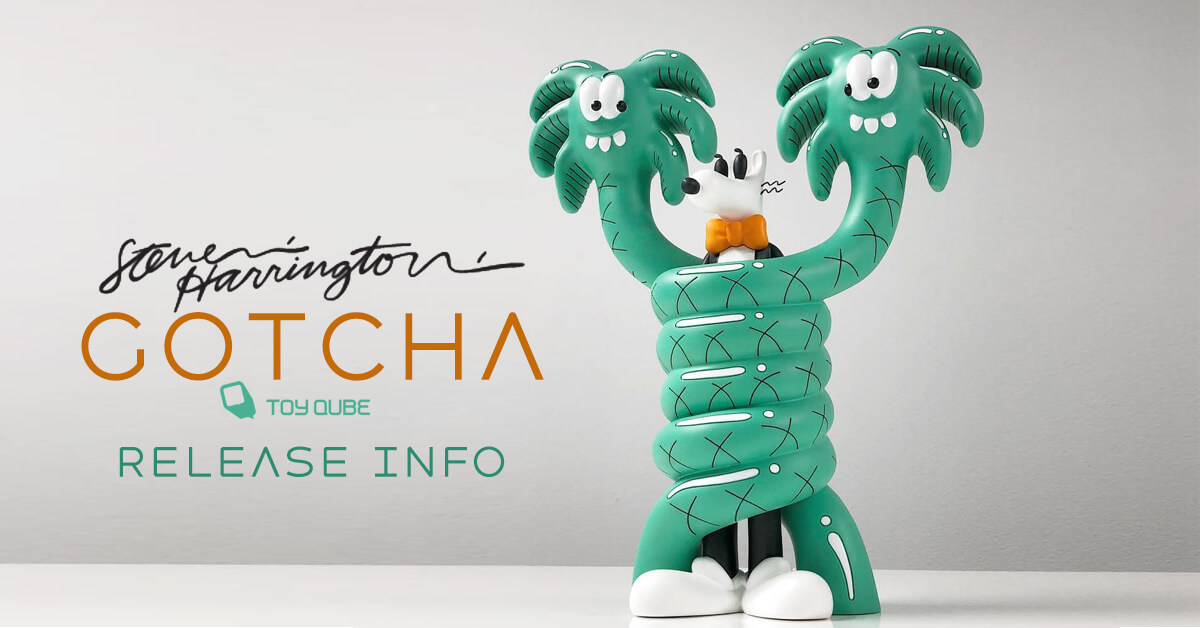 Here we have it! Steven Harrington & ToyQube official release info is announced! Sunday we were inundated with messages asking for a release date and how to cop one. No more guessing anymore! Like we said before HERE. The fine folks at ToyQube pulled the rabbit outta the hat a few days ago when they announced and showed the world by bringing Steven Harrington art on to ToyQube’s roster!  GOTCHA makes the transition from 2D to 3D. Limited Edition of 180 the release won’t end well and tears will be shed from what we’ve seen in previous Steven Harrington 3D designer toy releases. Congratulations to ToyQube for another dope release. 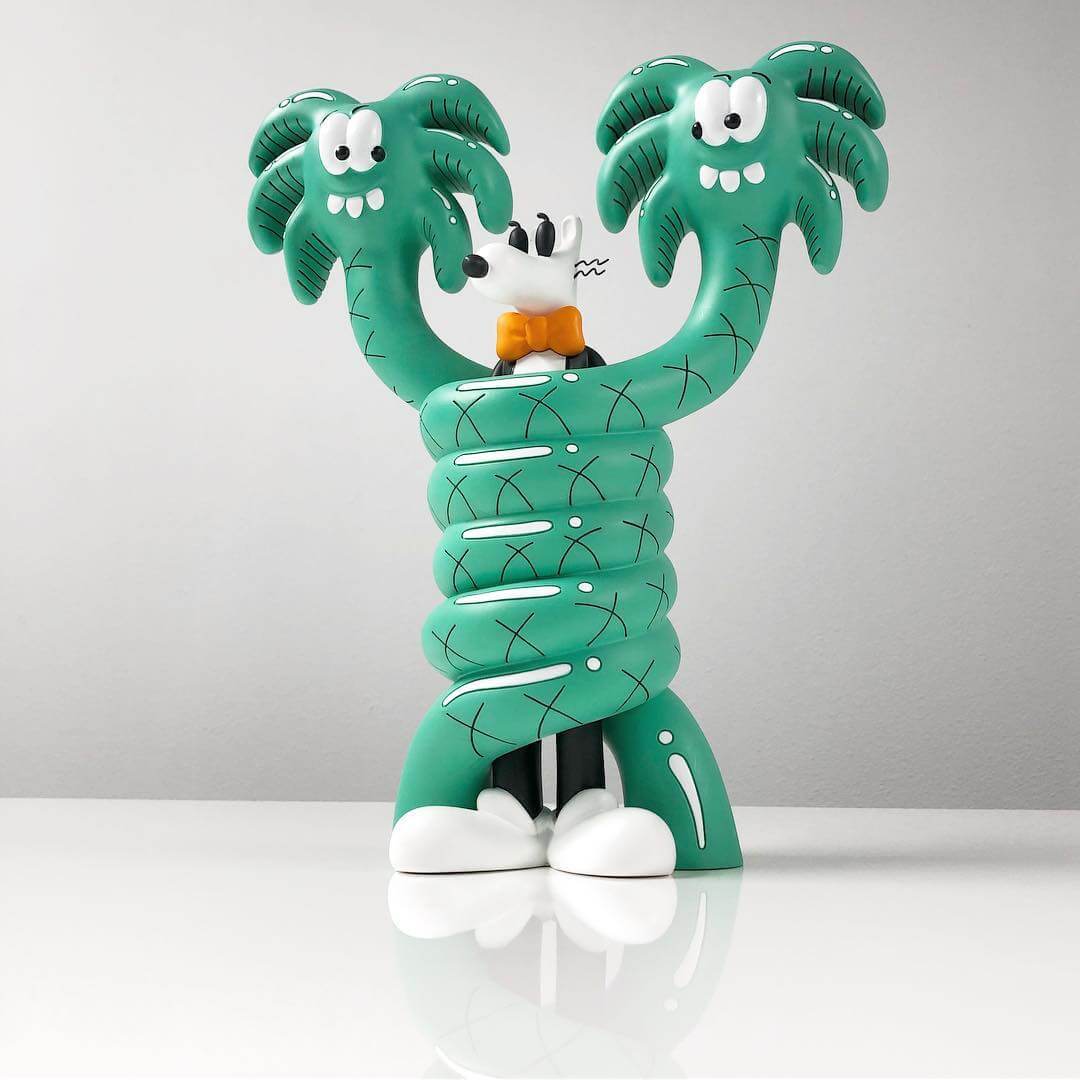 “GOTCHA” will be released at http://www.toyqube.com/ website on March 6th, 2018, 1 pm EST. As well as at ToyQube showroom in Hong Kong @t1hobbyshop  on sale at 7th March Hong Kong 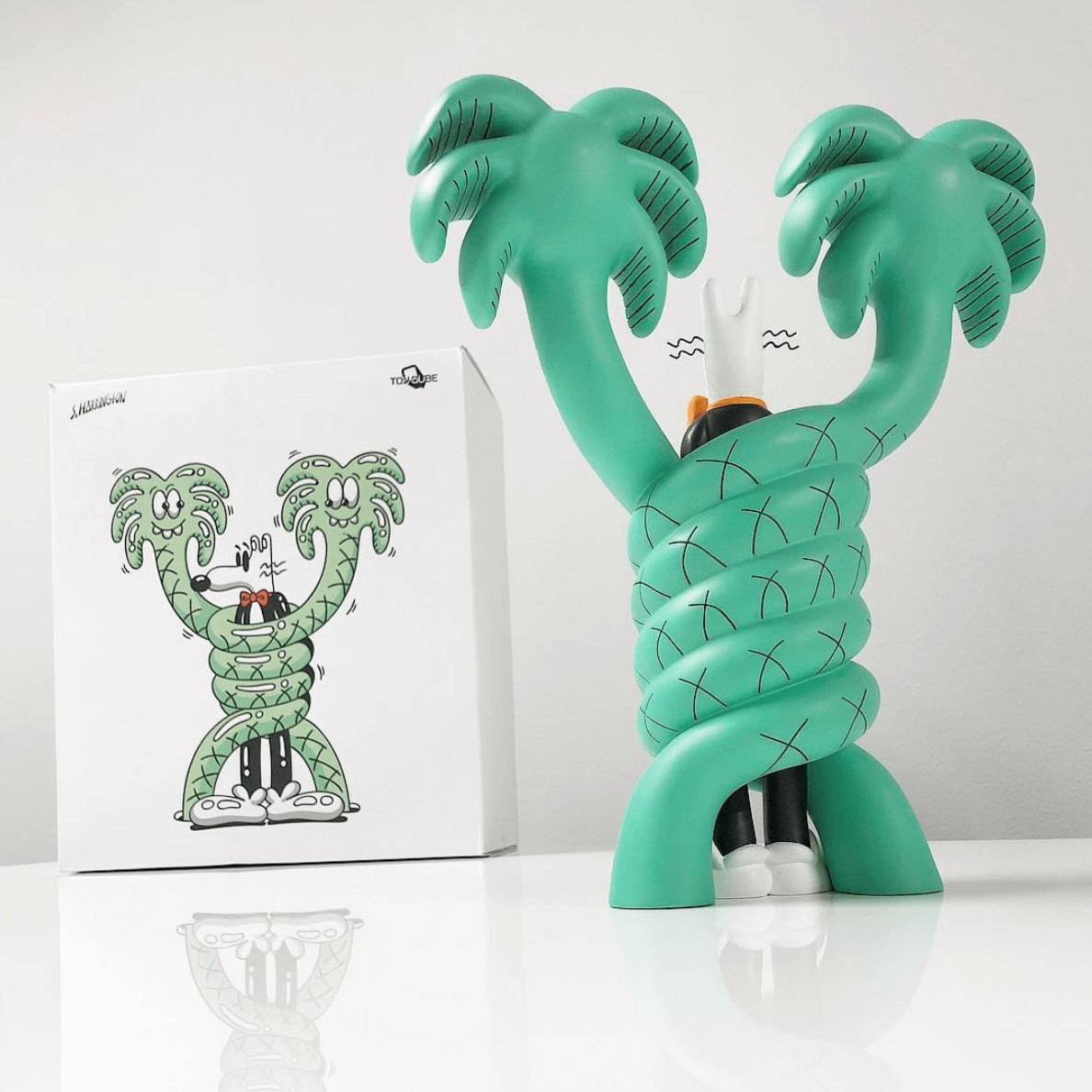 Cited as the leader of a contemporary Californian psychedelic-pop aesthetic, Los Angeles–based artist and designer Steven Harrington is best known for his bright, iconic style that encourages a two-way conversation between the artist and viewer. There’s a timeless quality to his playful yet contemplative work, which is inspired by California’s mystique, vastly diverse landscape, and thriving mix of cultures. Embracing a multimedia approach, Harrington’s portfolio includes large-scale installations made of plaster and stone, handscreened prints, limited-edition books, skateboards, and sculptures. Alongside his commercial work, Harrington has exhibited artwork in Los Angeles, New York, Paris, Berlin, Milan, Barcelona, Tokyo, San Francisco, Chicago, Philadelphia, Montreal, Melbourne, and Dallas

(all media and info lifted from http://stevenharrington.com/ )