Have you been scratching your heads wondering what has happened to TCS Arts “Shark Fat’tack Into the Blue Edition” that was shown back in January 2018? Earlier on in the month, TCS Arts finally joined Instagram and gave us an update on the OG Shark Fat’tack as well as the anticipated followup to the OG Shark Fat’tack. A few hours ago a major devleopment has been made to Shark Fat’tack! its not been made into a GLOW IN THE DARK version and set to make its dabute at the 3rd ATT this weekend.

Hopefully, it’s a new colourway especially for collectors who missed out on one. Who can deny the lovely blue tint! KILLER colour. 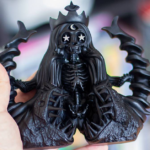 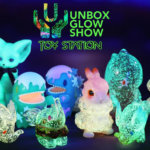