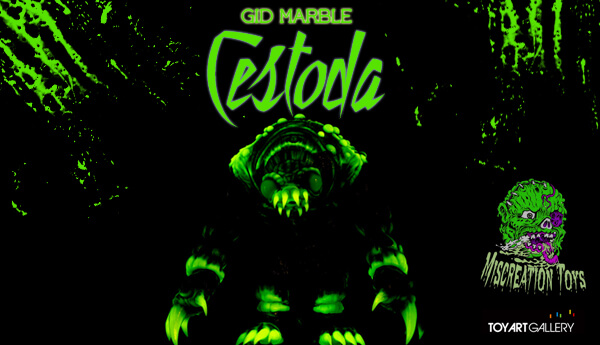 This Friday brings you a MONSTER of a release! Fans of Miscreation Toys “Cestoda” will have the chance to own this GID MARBLE Cestoda…BE WARNED it’s freaking HUGE. New from Miscreation Toys and TAG; the giant CESTODA in marbled glow-in-the-dark vinyl! The enormous Cestoda towers in at a terrifying 14 inches in height and width with over 10 points of articulation. Black and glow-in-the-dark vinyl swirl together to create its ghastly visage and highlight the amazingly detailed sculpting. Clear some shelf space bitches. 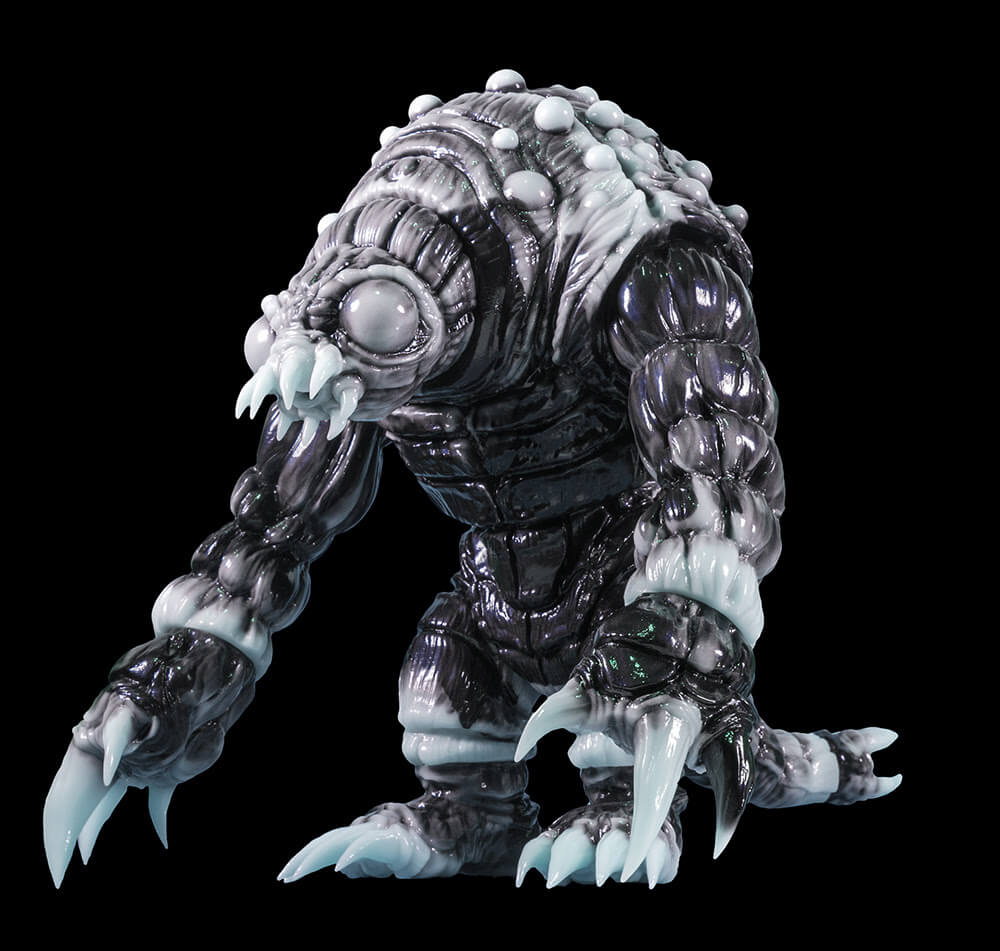 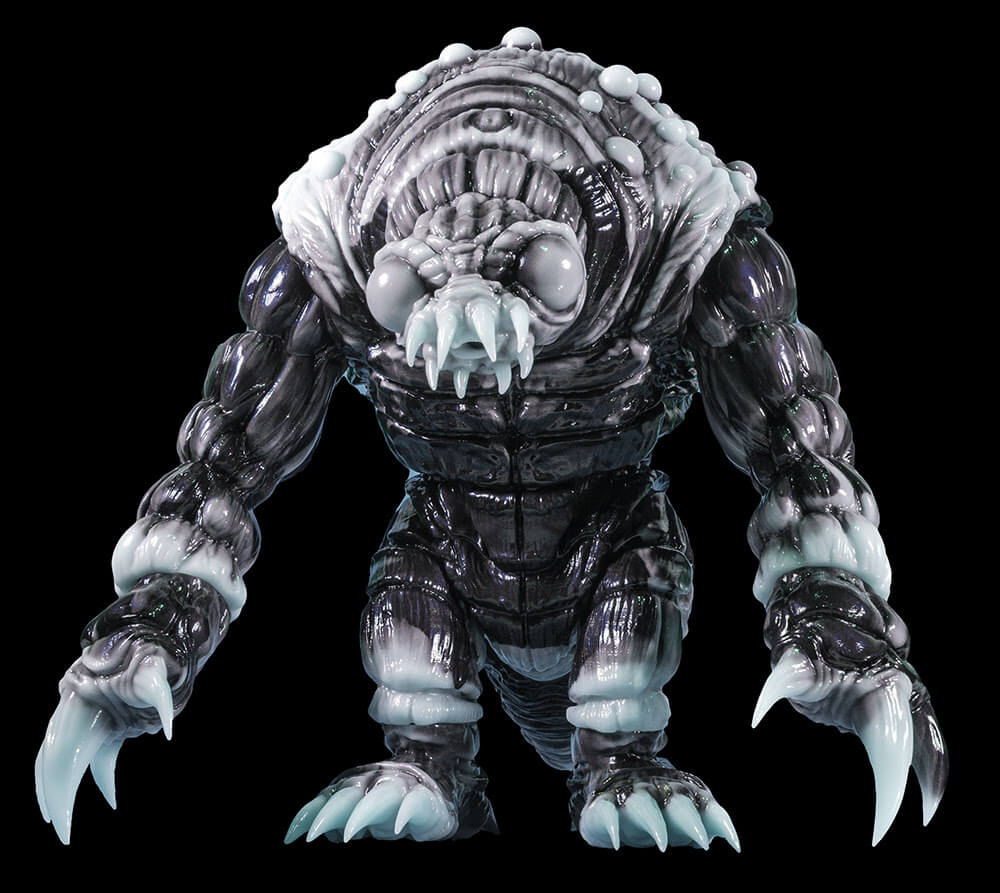 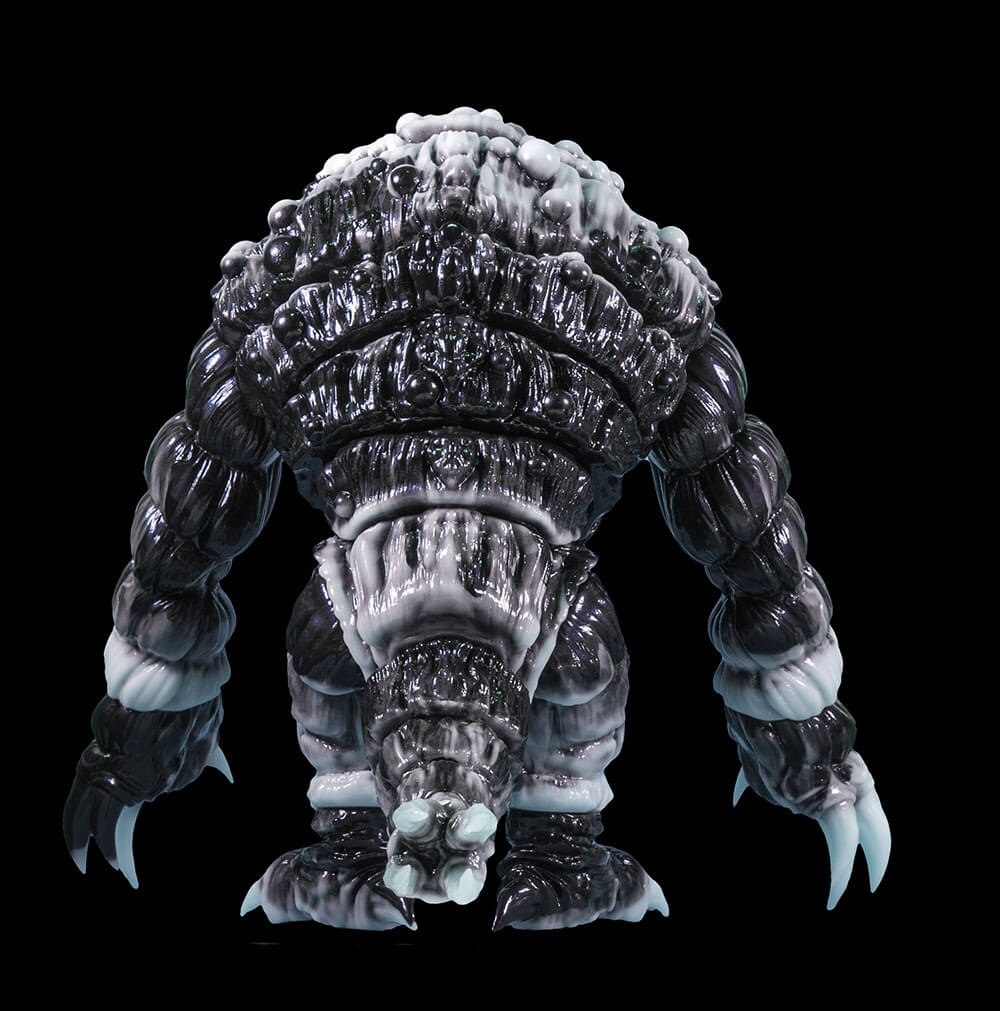 The MARBLE GID Cestoda retails for $250 and will be released via email lottery starting on Friday, January 27th at 12PM PST and ending on Monday, January 30th at 12PM PST. Email [email protected] with “Cestoda Lottery” as the subject along with your paypal address and shipping info. If selected you will be sent an invoice for payment. Please allow 24 hours for a response after the closing time (Monday 12PM PST). Winners will be chosen at random, one entry per participant please (if you submit more than once you will be disqualified). Good luck!

A blue whale is found beached near Santa Monica Pier. During the necropsy a giant creature emerges from the whale carcass carrying a brood of eggs clustered on its hulking back. It can use any living thing as a host, piercing into them with its spiky tail and inserting eggs. And now it has humans for incubation vessels.

The military step in to contain the infected zones and hunt down the rapidly growing creature. But the monster is resilient. It has large sharp claws and the glands within its tail spray a potent, foul slime that induces a paralysing effect. Bullets pierce the creature’s segmented cuticle flesh to little or no effect. The military attempt to capture it with more advanced weaponry.

Marine biologists nickname the creature “Cestoda” as it’s biological traits resemble those found in tapeworm parasites. They theorize the invasive species originated deep within the Earth and was introduced to the sea following a recent earthquake that rocked the coast of northern California. They believe the beached whales fed upon deep sea creatures that were infested with the parasite.

While the military tracks Cestoda, scientists race to discover a solution and stop the spread of the parasite. If they fail, Earth will eventually be purged of every living creature- including mankind!