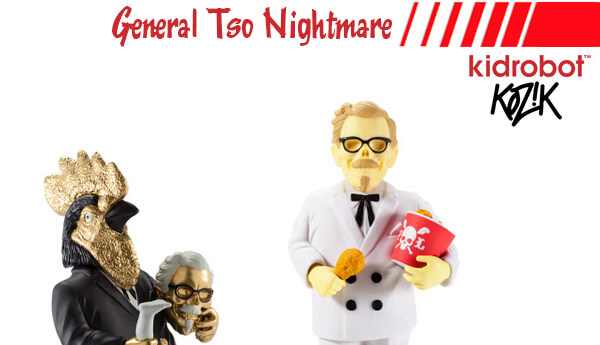 Cast your beautiful minds back to August 2015, when Frank Kozik & Kidrobot shared the upcoming release of Mr Kozik’s General Tso HERE.  Resurrecting an older idea from 2013 with BigShot ToyWorks where we see Kozik’s imagination on the dead Colonel Sanders of KFC. The folks at Tenacious Toys released the pre-orders for General Tso Nightmare and we got the first look into both variations in full. Tasty lookin idea and with head swap has us singing “finger licking good”. 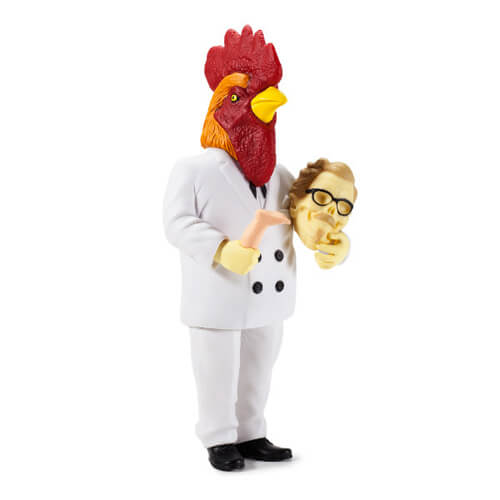 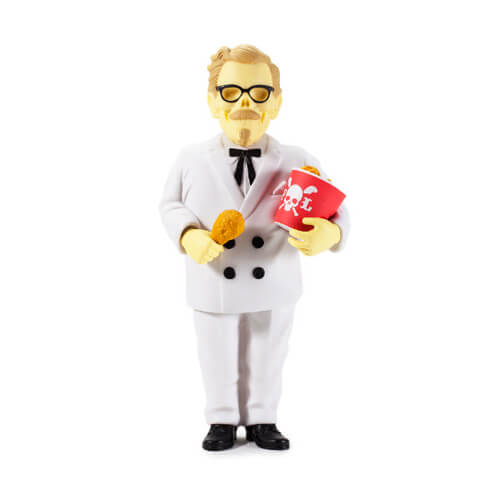 Look out for the chase black and gold! 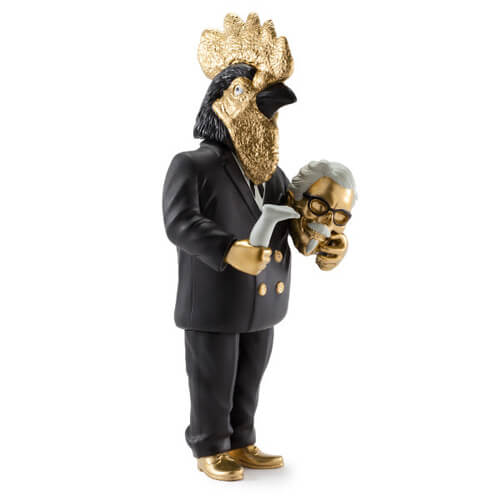 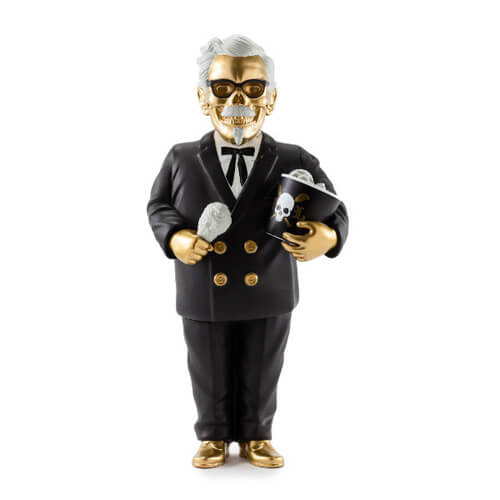 We’re sure you’ll be able to pick one up at any good vinyl shops and http://www.kidrobot.com/ themselves in all due time. 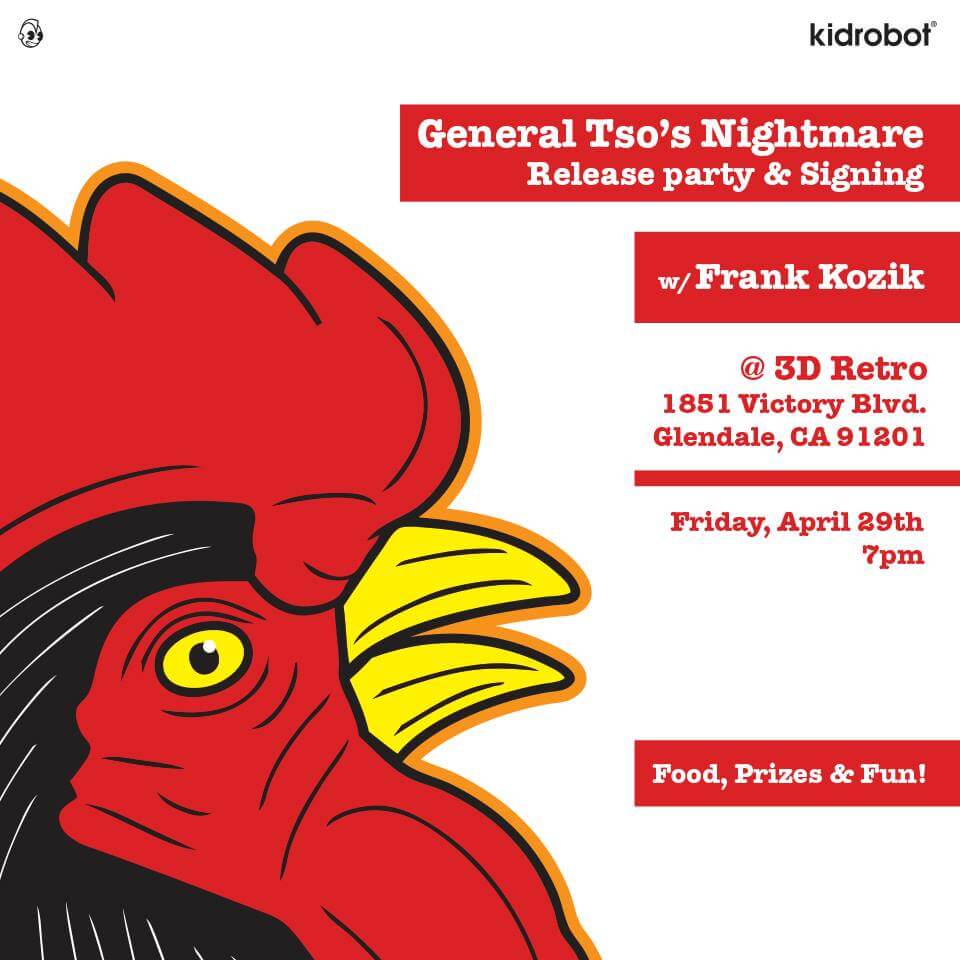 While we have your attention Kidrobot have finally adjusted their international shipping prices.