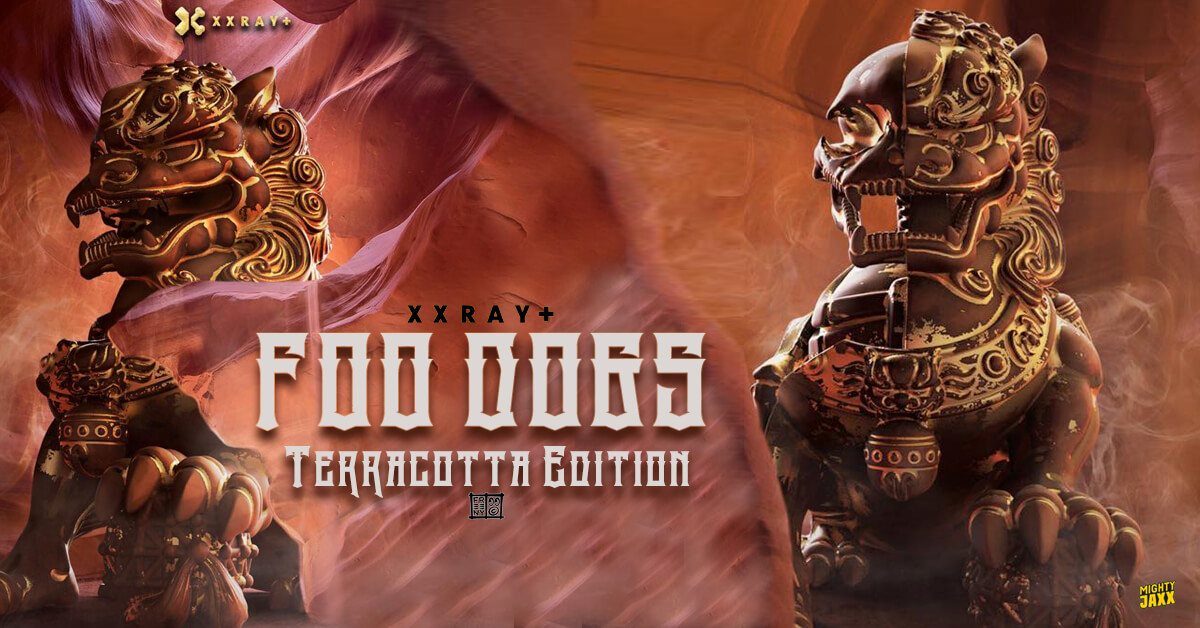 This weekend will see the new Foo Dogs XXRAY+ Terracotta edition by Jason Freeny x Mighty Jaxx launch!  Symbolising power and supremacy, the male guardian lion represents Yang and is the protector of the building. He can be easily recognised as the one resting his paw on a ball which people often regard as the world. The female guardian lion is a symbol of a nurturing spirit which is often shown with one paw on a cub. The male, on the other hand, holds a ball which can be translated as possessing the world under his paw under the XXRAY style.

For this upcoming Chinese Lunar New Year of 2018; the zodiac year of the Dog, we are excited to unveil: XXRAY+ Foo Dogs Terracotta – Mighty Jaxx

Traditionally known as the Imperial Guardian Lions, the Foo Dogs are a symbol of power and protection. In fact, they are rumoured to stop anyone with malicious intentions from entering your home. 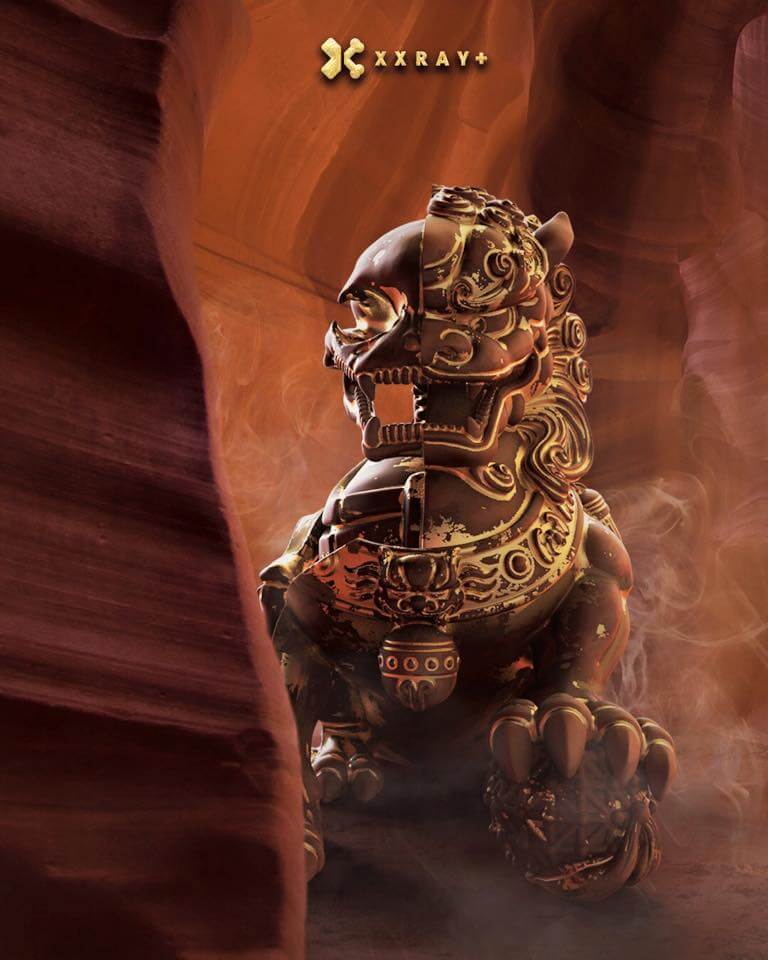 In the year of the Earthen Dog, our XXRAY+ Foo Dogs Terracotta comes in a colourway that matches the element : Earth; which epitomizes stability, whilst Gold symbolizes prosperity and abundance– Mighty Jaxx 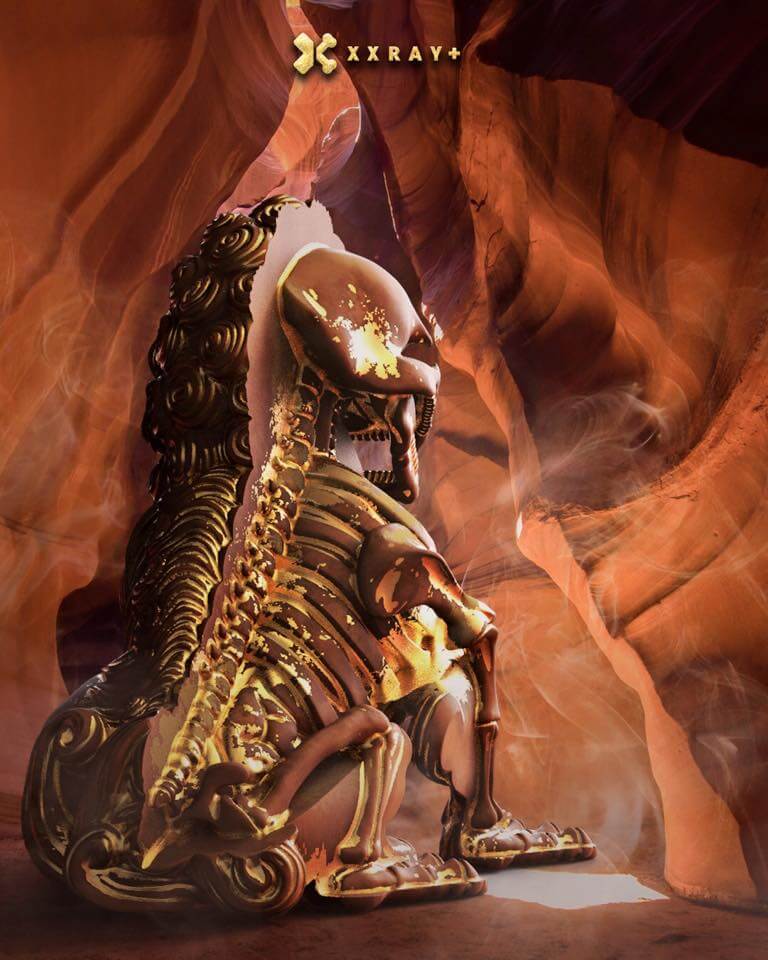 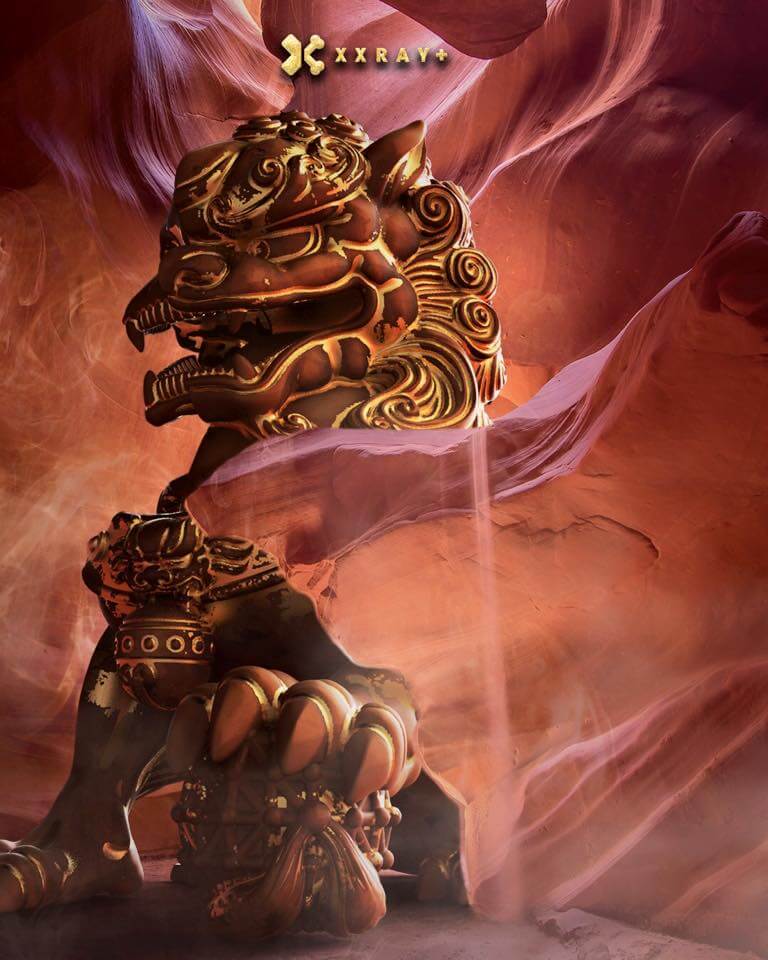 For 2018, these 8-inch tall beauties come coated in a beautiful shade of terracotta with gold accents.

We have to admit when the first images were shown the Terracotta didn’t look that great but photos published today changed our view. Hopefully, they turn out as good as the previous editions.

WHEN: This Saturday 20th January 10 am EST 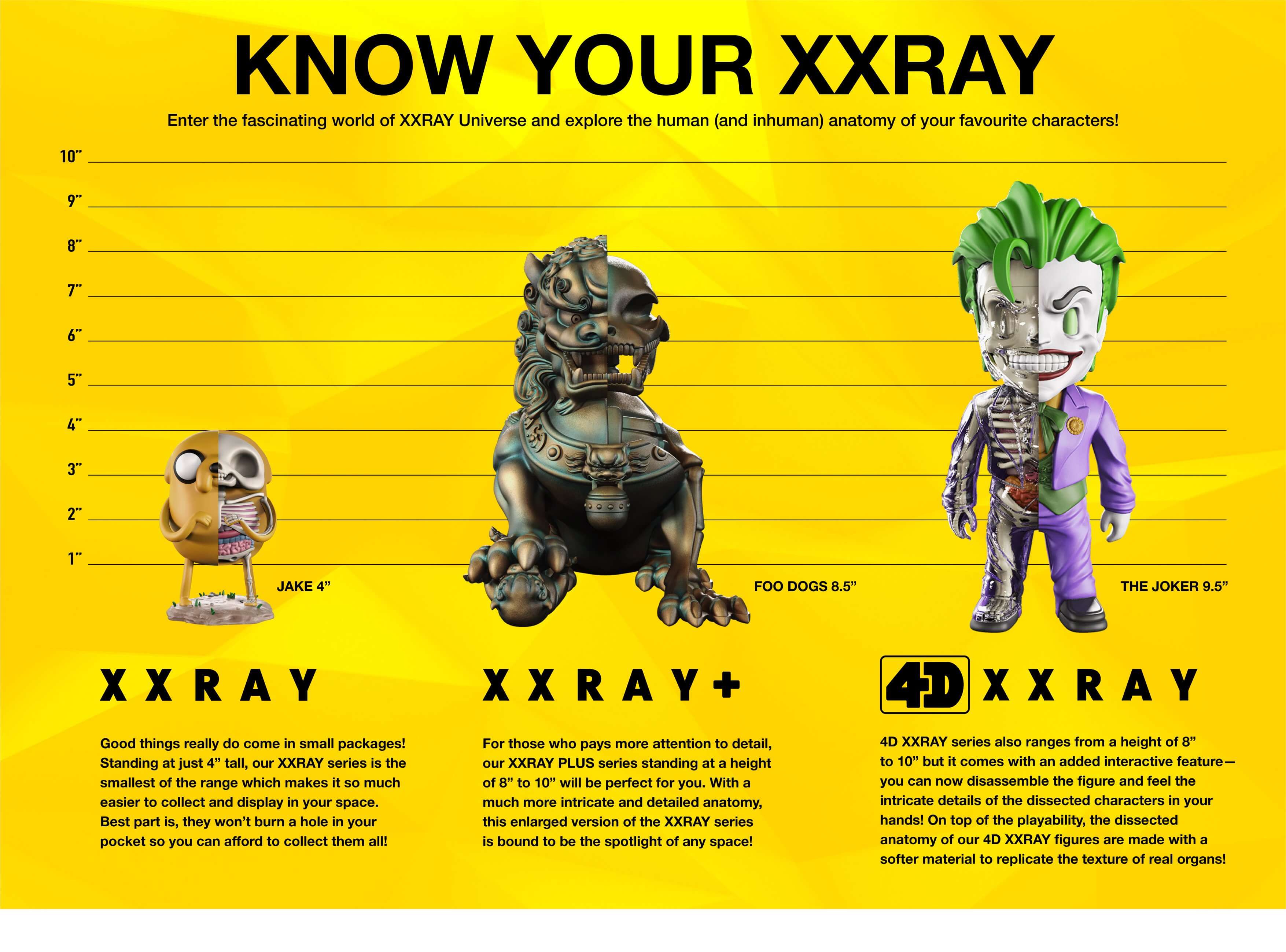