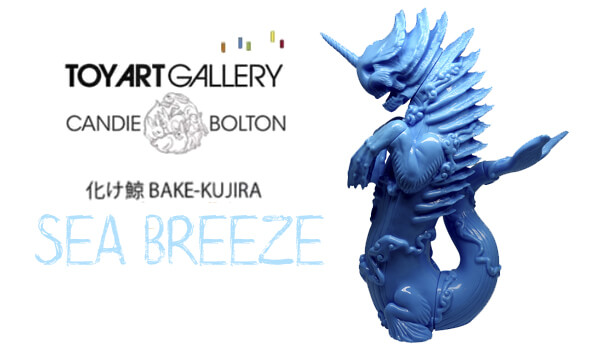 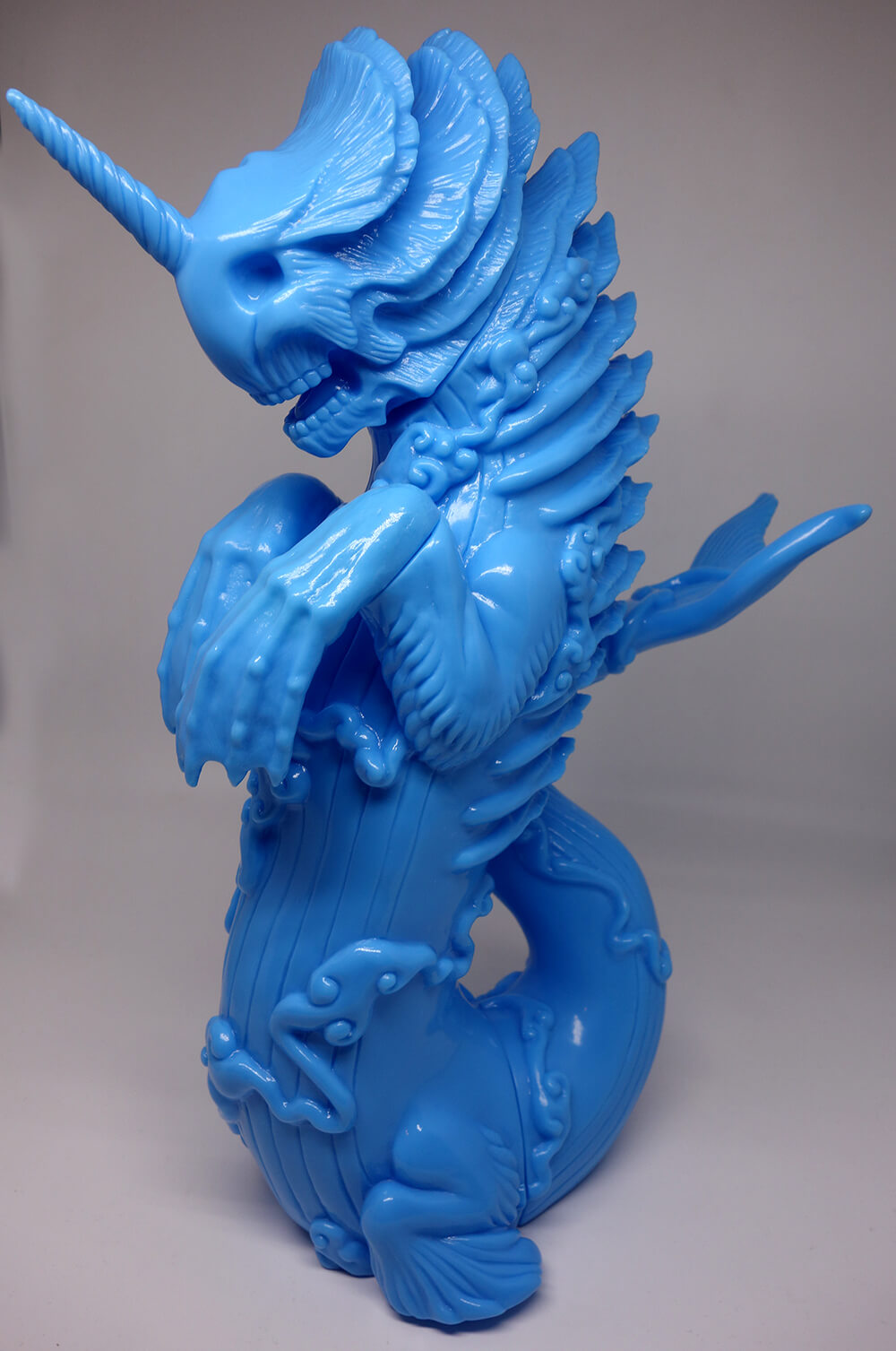 “The Bake-Kujira is the reanimated corpse of a vengeful whale spirit. It brings a curse of famine, plague and natural disasters to the village that caused its demise. They can be found on rainy nights near the coast with a host of strange birds and fish swarming around them.” 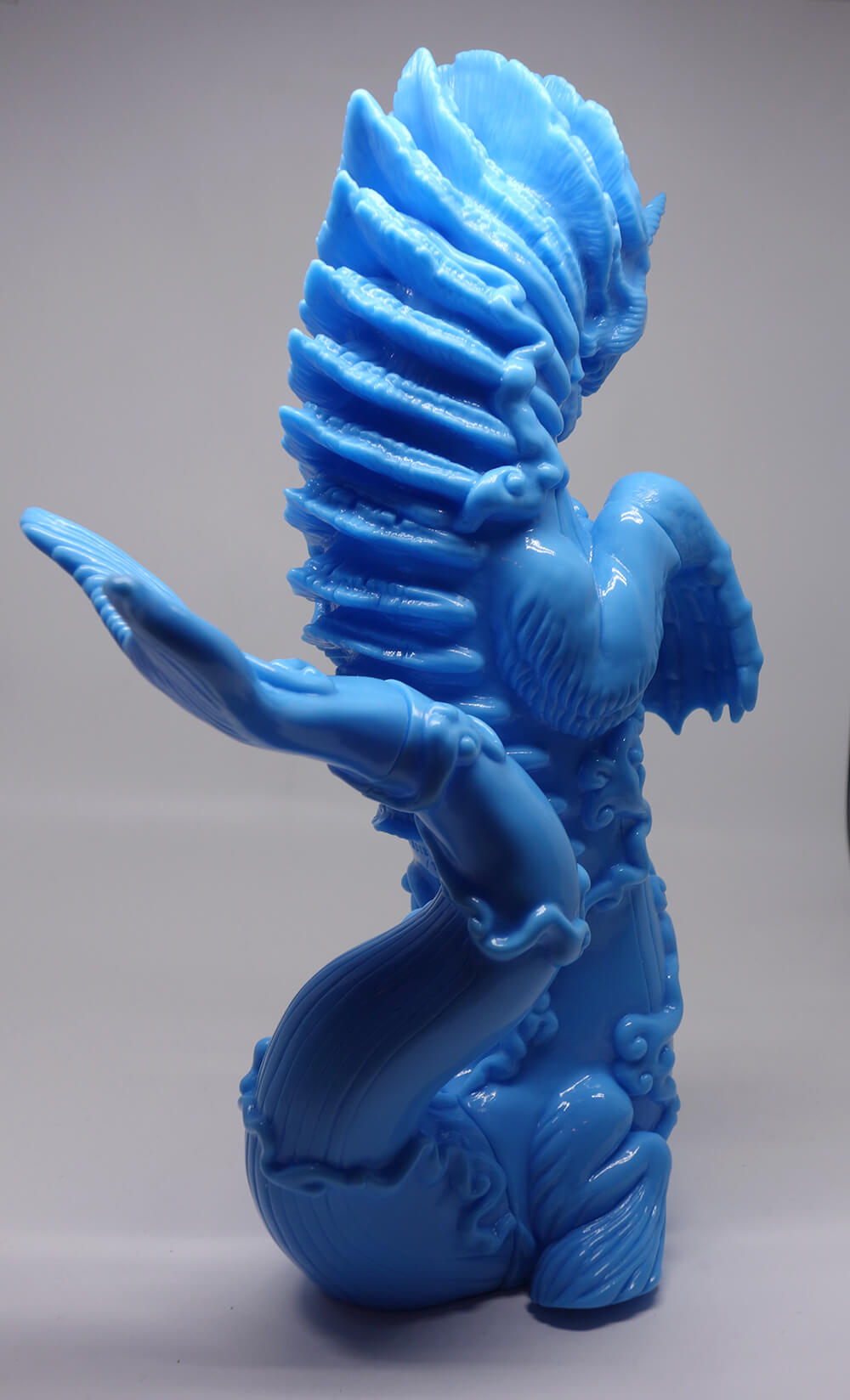 The 11? tall BAKE-KUJIRA Sea Breeze Edition retails for $145 (108 GPB) and will be released via email lottery starting on Friday, September 29th at 12PM PST and ending on Monday, October 2nd at 12PM PST. Email [email protected] with;