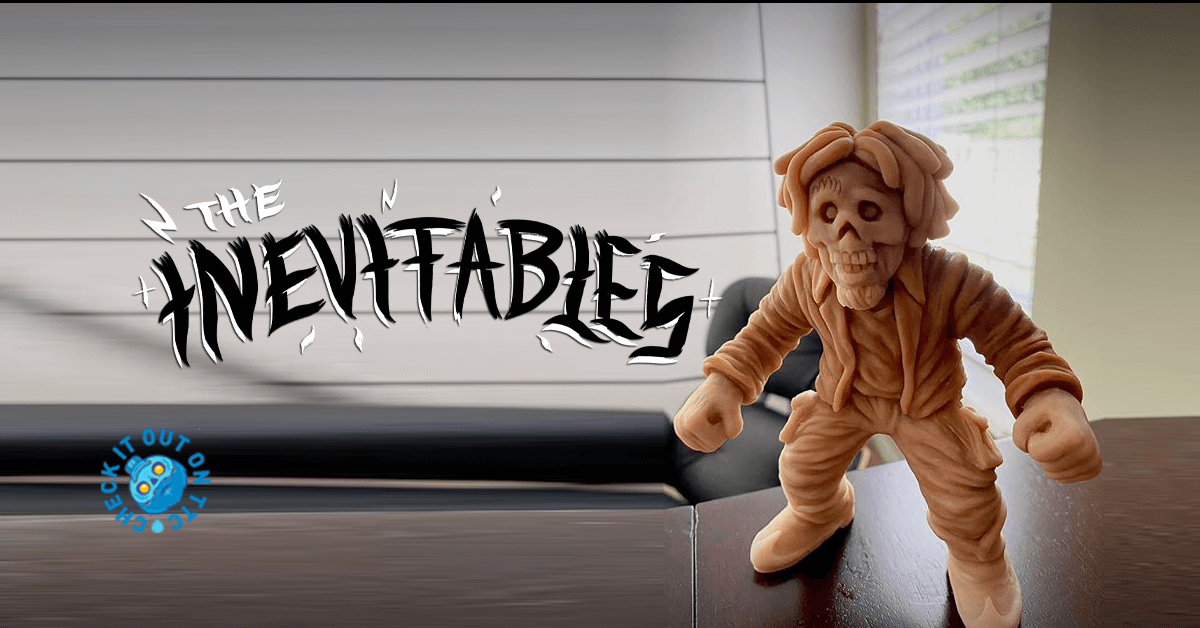 Our pal, Vinnie of Paper & Plastic (and Less than Jake) fame has teamed up with a bunch of his punk & ska mates, as well as a whole heap of comic book creatives, to create a team of nobodies trying to stop the end of the world! They currently have a Kickstarter nearing the end of its campaign, to bring to life a 22 page comic book with a full album soundtrack, which in itself is pretty cool, but they’ve also added a new resin toy of their FLORIDA MAN as the Kickstarter comes to a close that you guys may well be interested in backing.

The Kickstarter Campaign ends on Thursday 3rd Sept at midnight EST (5am BST), and it has already hit its target goal of $20,000, but as with all campaigns its about trying to hit more as the clock ticks down. The campaign itself has rewards from $10 through to $100, with vinyl records, tees, comic books,

What we are interested in though is the sculpted FLORIDA MAN resin toy that has been added this week. There is a $100 pledge, which will get you the resin toy, as well as a load of other content – such as the digital full album, name as a supporter in the comic etc. You can also add-on the FLORIDA MAN to any of the other pledges for $75. You can check out the video of the FLORIDA MAN toy below…

Well, If you know previous projects I’ve done you had to guess there would be a resin figure and you would have been right! Finally, in last days of the @wearetheinevitables campaign FLORIDA MAN! Sculpted by John Tatarelli Jr. ( @buckaroo_johnzai )

If you’re interested in finding out more, and/or backing the Inevitables Kickstarter Campaign, you can click the button below and head on over to Kickstarter!

BACK THE INEVITABLES KICKSTARTER CAMPAIGN HERE