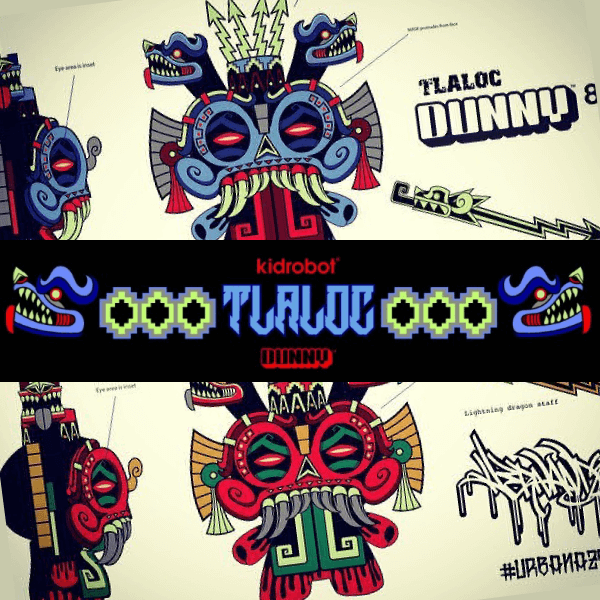 Back in 2015 we posted about the Jesse Hernandez TLALOC 8inch Dunny by Kidrobot being cancelled (read HERE). Wiped from the production queue. We were disappointed at the time, as the designs (seen below) posted by Jesse really got our Designer Toy juices flowing. We hear today that the TLALOC Dunny has been resurrected! F to the YEAH! 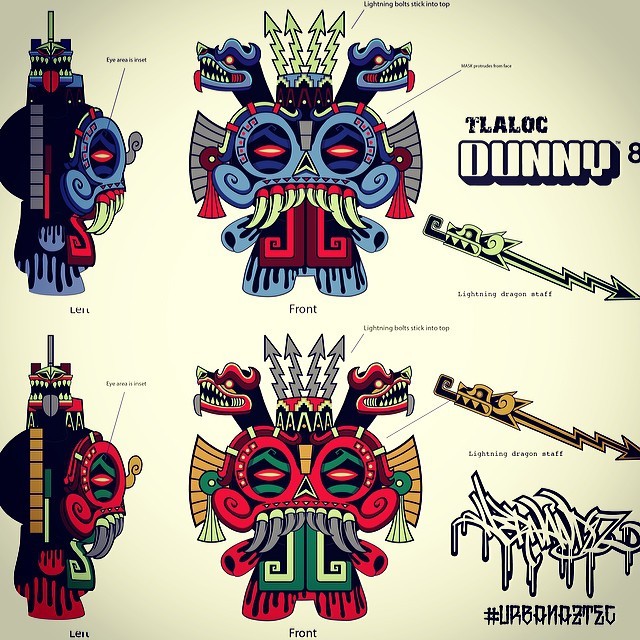 Not much is known about the TLALOC release but we are hearing that this will be a new release from Kidrobot, limited to 800 pieces worldwide. We are going to go out on a limb and say that there will be at least two colourways of TLALOC in the works based on the previous artwork displayed by Hernandez back in 2014. We are super pumped to see that TLALOC will see the light of day finally! Great job, Jesse!

Called from the ancient origins of Aztec culture, Tlaloc the rain god gave mercy to those who worshipped him as a giver of life and sustainability. The Gods weren’t, however, always merciful. To the ancient traditions and tribes, Tlaloc was feared for punishing mortals with drought or sending terrifying storms to the earth to cause havoc and force starvation upon the lands. Towering at 8 inch high, this crowned deity comes with the traditional Aztec symbols and frightening fangs to be a striking addition to any Dunny collection.

Once we hear further details on release details etc, we’ll bring you them courtesy of The Toy Chronicle. Keep up to date with your Designer Toy news via the TTC Mobile App. Totally FREE. Totally ACES. Via the App Store or Google Play. Search The Toy Chronicle.