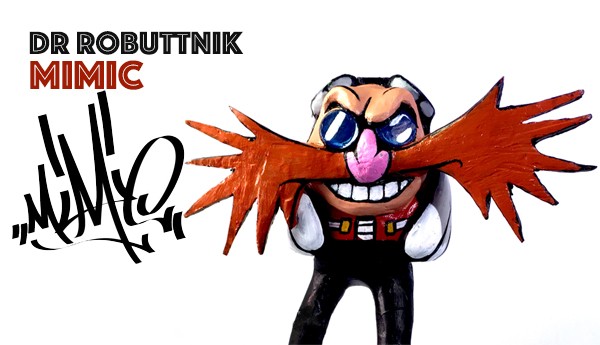 Mimic goes all Sonic on us with his custom MoleXL, Mimic transforms the Mole into Robuttnik the evil villain from the classic video game Sonic the Hedgehog. Mimic adds a Borderlands / cell shaded style on his version of Robuttnik.  Mimic has kept it with the gaming style to be in keeping with the location of the show because it will be on show at the RE-MOLED this week. This is definitely not Mimic’s normal style but it is nice to see him come out of his comfort zone. His sculpting work still needs working on but he knows that himself. Overall its pretty neat and a great Idea turning the MoleXL into Robuttnik.