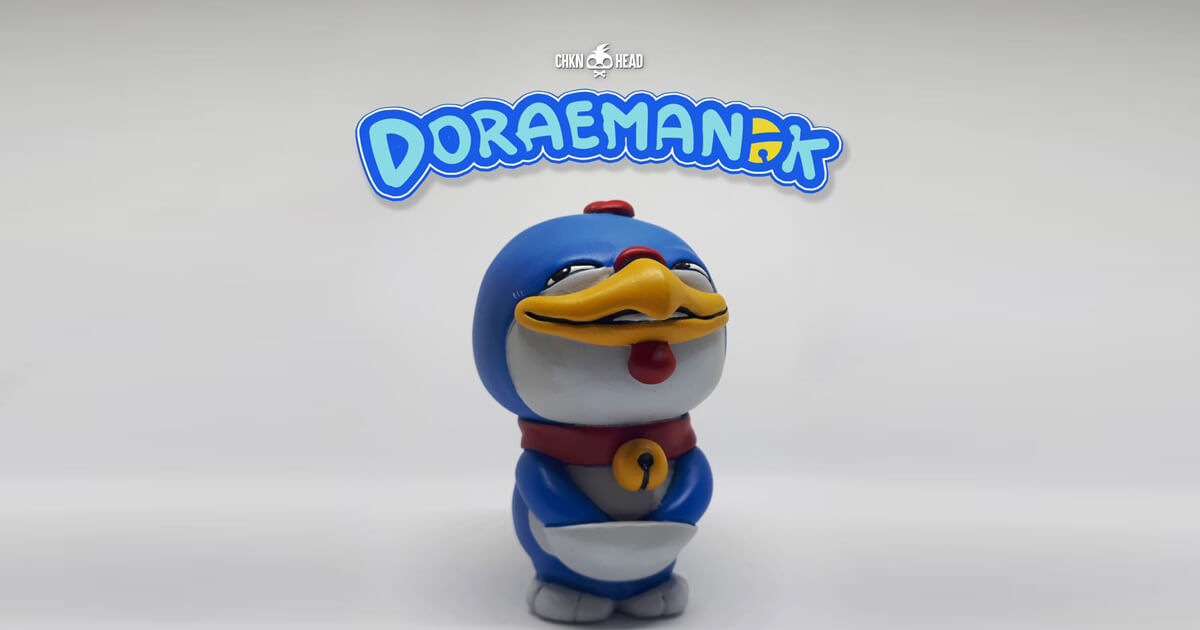 Chicken obsessed Manila-based illustrator and designer at Evil Genius Clothing Co, Creon Chkn Head has us clucking for his new release “Doraemanok”. Sadly Doraemanok was supposed to be released at NSM but due to the current situation, it was postponed. HERE COMES THE GOOD NEWS, It might be darkness around the world right now but there’s a shining light as ChknHead has announced the online release of Doraemanok. Who the heck thought of Doraemon as a chicken? Oh, ChknHead did! HA.

Pre-order tomorrow, April 8, 2020 at 12 noon Manila time via email (check back for email address via Facebook and Instagram )