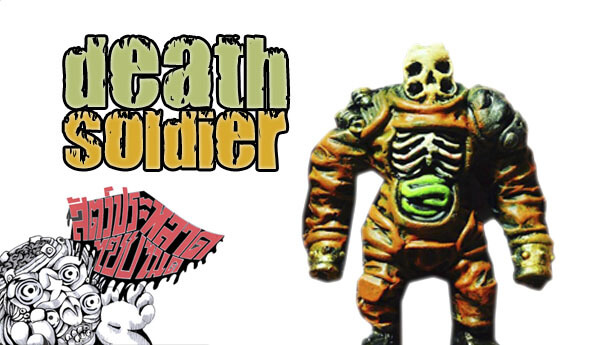 Watch out! Some resin hand made goodness is coming straight outta Thailand. ThrilledTOY just announced the release of his little Death Soldiers. 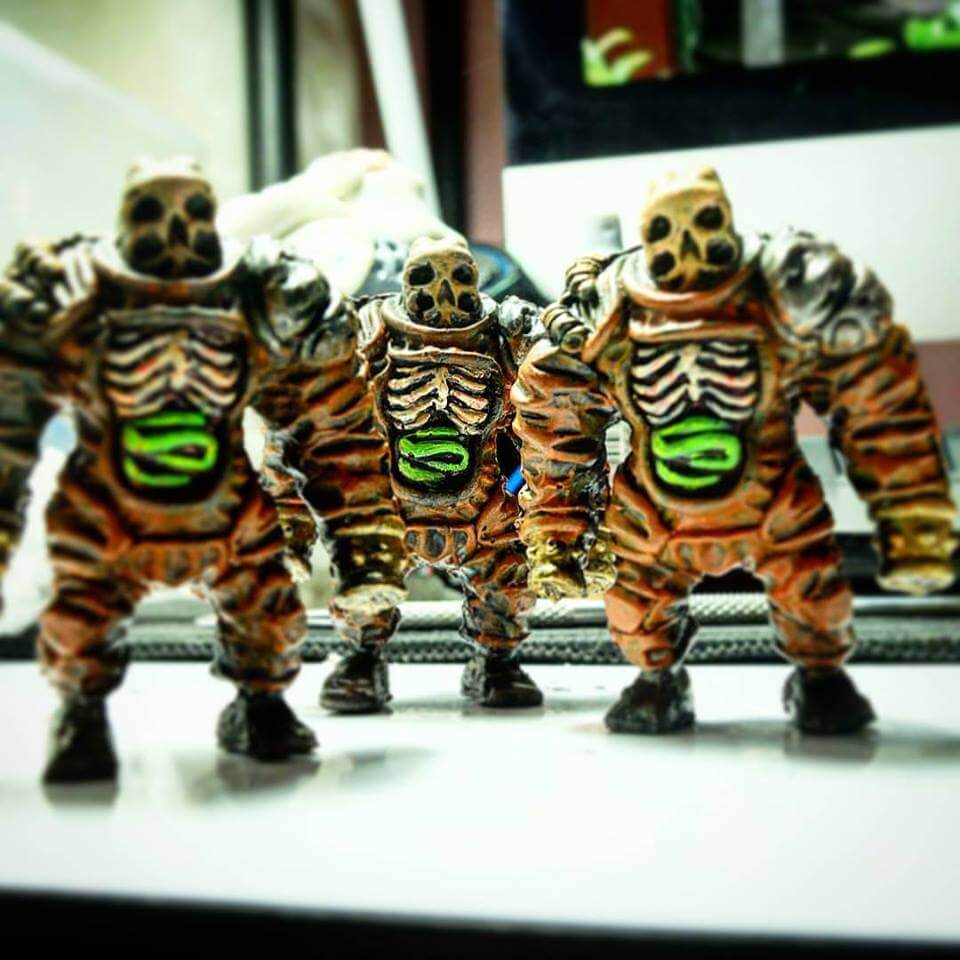 They may be little, standing around 2.5 inches, but the overall sculpt looks great, seems that something bad happened to some space explorer, leaving it with this skull shaped head and exposed guts! This necro-creatures are all hand painted. 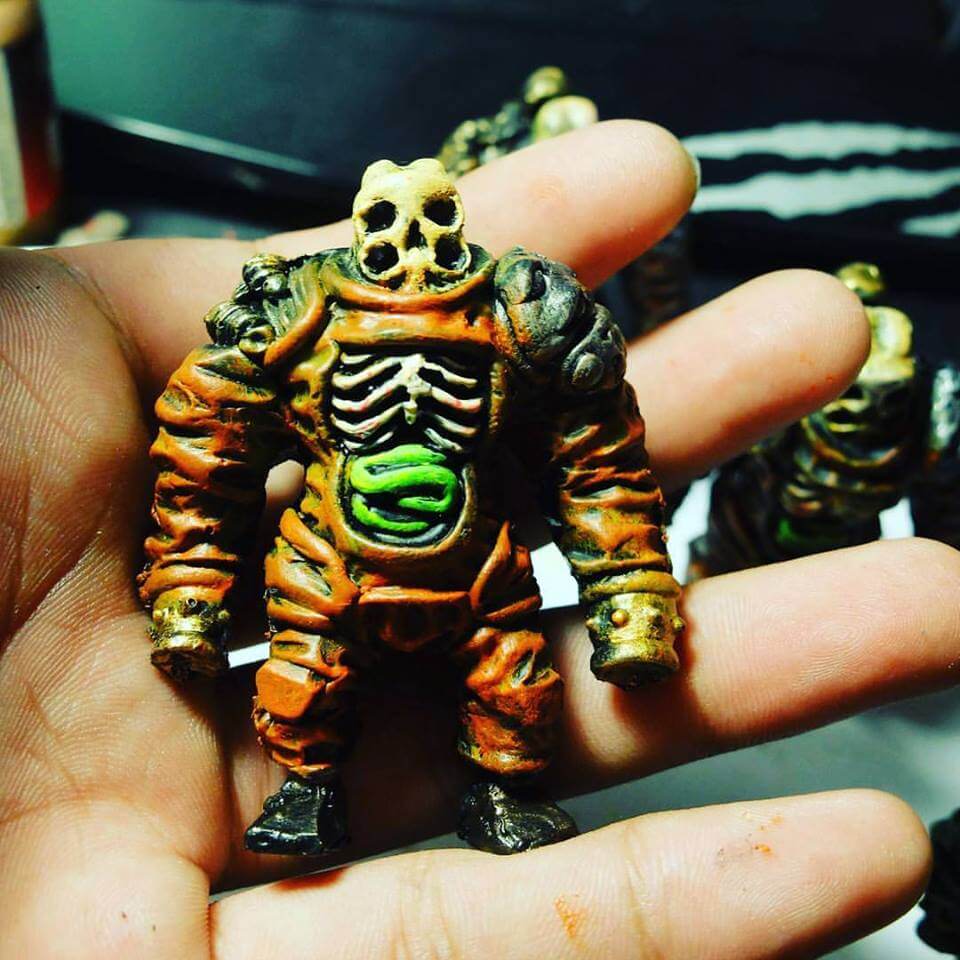 We let ThrilledTOY give you the rundown;

“These soldiers can Control Freak animal
He was raised from the dead by “Cyanide King”.
He can only control “Mega Dead”.
Death Soldier those measures that are equivalent to the common man . Leave only the skull of them. Build a wrong wrong turn away from the man. They never die.” 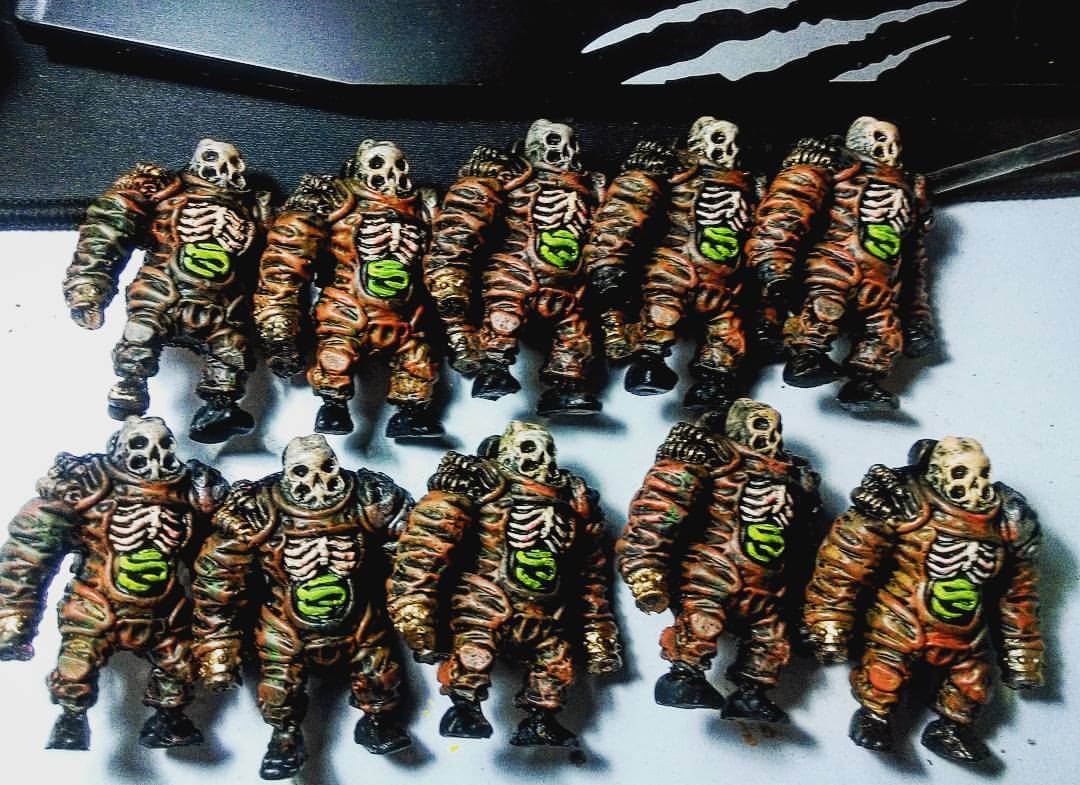 They are already available at ThrilledTOY webstore HERE. You can grab one of these Death Soldiers for just $20/£15.