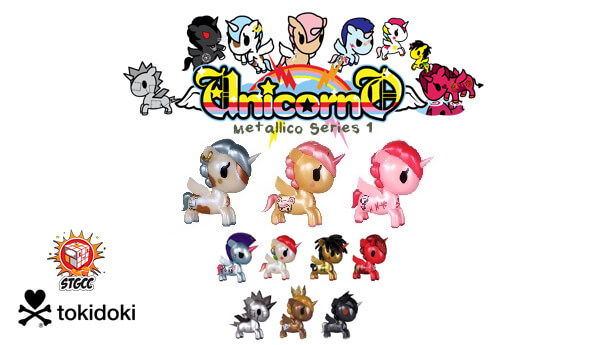 It’s no secret that Simone Legno is heading to Singapore if you’re up to date with one of the biggest conventions in Asia. Today STGCC have announced the Unicorno Metallico Series 1 by TOKIDOKI. Talk about shiny! they are as adorable as ever and TOKIDOKI fans of new and old will be able to buy them at this years Singapore Toy, Game & Comic Con.

The Unicornos were once simple little ponies that were out trotting and wandered into a magic waterfall. Passing through the waterfall, the ponies transformed into unicorns and found a hidden magical kingdom. The Unicornos live between the magic kingdom and our world. 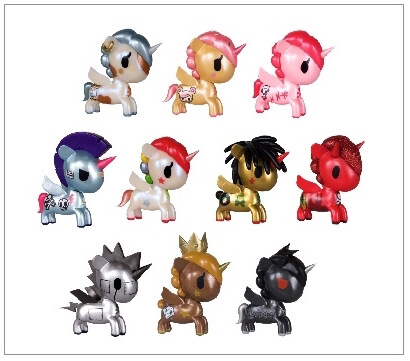 The classic designs all get the metallic treatment. Going to conventions like STGCC isn’t all about buying toys as Simone Legno will be at booth H6 for all those selfies, signing and some chin wag.

Look out for another announcement in the next few hours. It will make your JAWS drop.

More news to come about the release stay tuned.