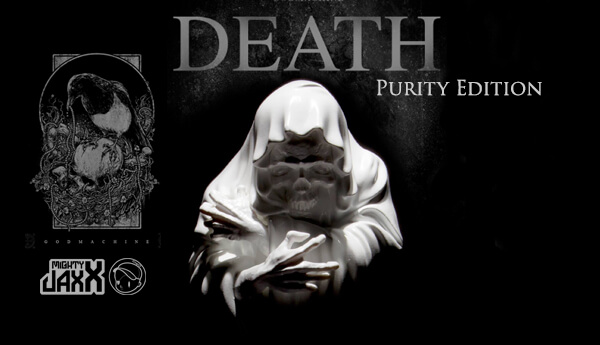 A lighter shade of DEATH, well kinda. We’ve seen the SILVER and the GOLD versions of UK artist Godmachine’s DEATH art collectable. Might Jaxx has teased the next colourway in the pipeline, WHITE BITCHES! Surly DEATH to our wallets and credit cards once again.

Deep in the dusty recesses of the dark lurks a lonesome being feared by the unwise and treated unfairly by the universe. Brace yourselves, Death is making its return from the darkness. Death Purity Edition by Godmachine will be available on January 14 at: www.mightyjaxx.com Live stream at Mighty Jaxx Booth at Thailand Toy Expo 2016 (2:31 to see GOLD version of DEATH in the stream) 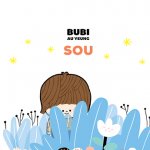 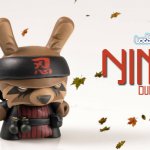