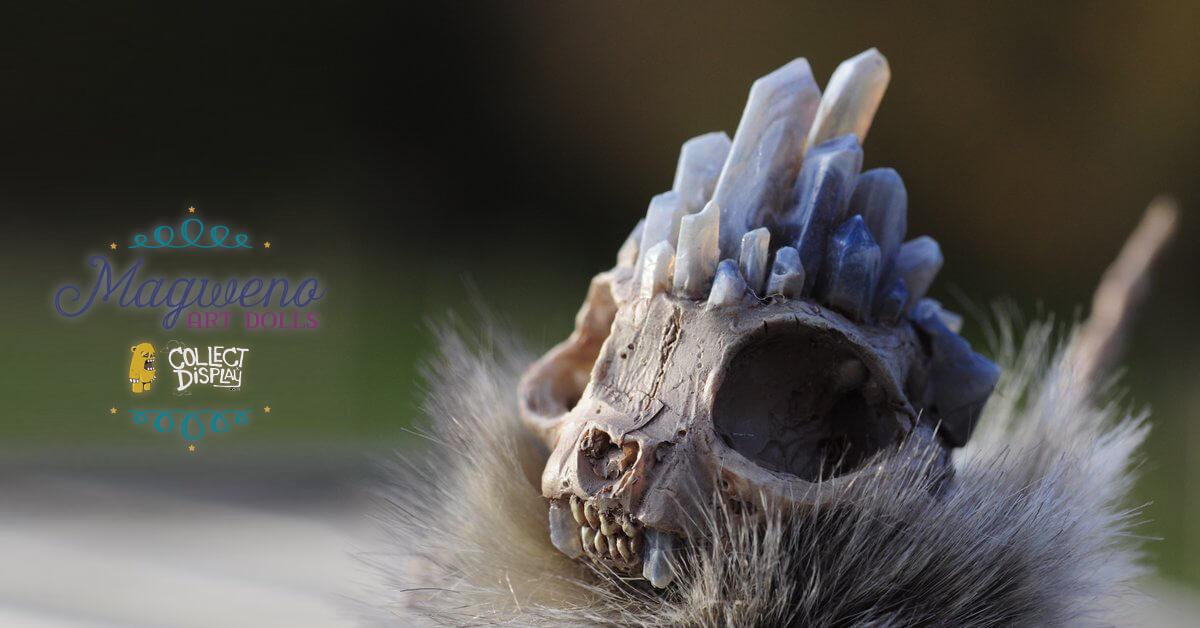 Scotland based Maddy Norval of Magweno Art Dolls joins Collect and Display monthly artist series! Two fantasy creatures Crystal Caberfeidh and Crystal Abdabs are now sitting proudly at Collect and Display HQ waiting for their new homes. Having met and seen Maddy’s art in person at ToyCon UK 2017 photos can never do them as much justice as to see them in person. Check out the array of Magweno goodness below. 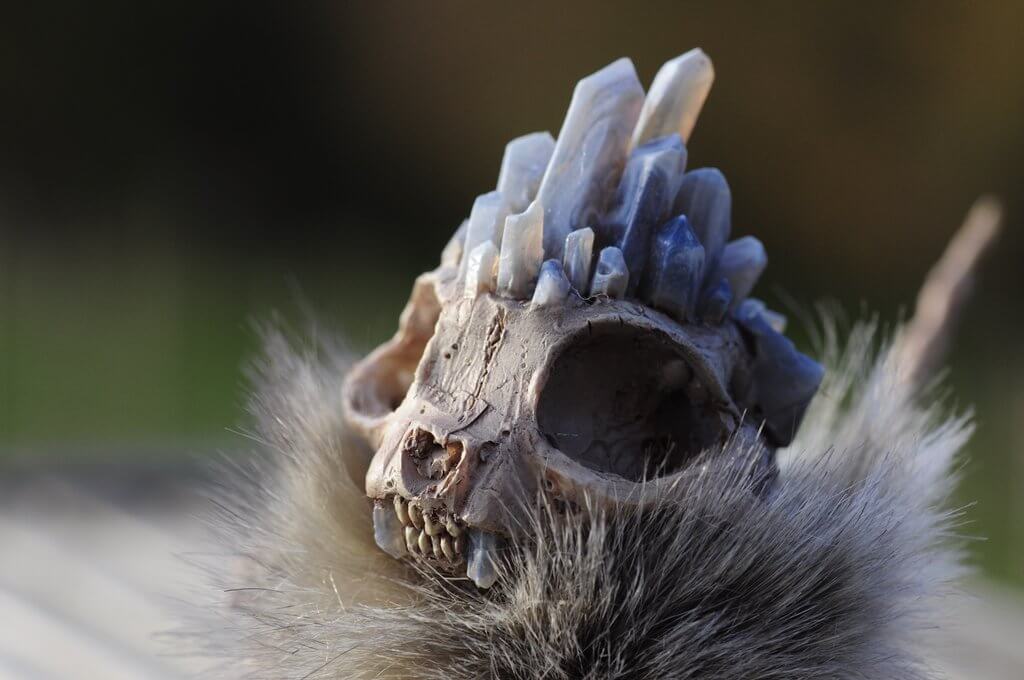 These creatures are known as Crystal Abdabs. There are many different types of Abdabs and they only seem to become visible to humans around Halloween, with this particular species one of the most curious, with their gem-studded heads.

The type of crystal a Crystal Abdab has tended to denote their temperament. These abdabs have hands, so you have to be really careful around them in case they try to pick things up. Come to think of it, you should hide all pointy objects and poisons from these abdabs…

These are smokey agate Crystal Abdabs. They seem to have a terrifying ability to read your memories which makes them woeful foes to have.. best to keep them entertained with mischievous pranks to stop them from turning on you. 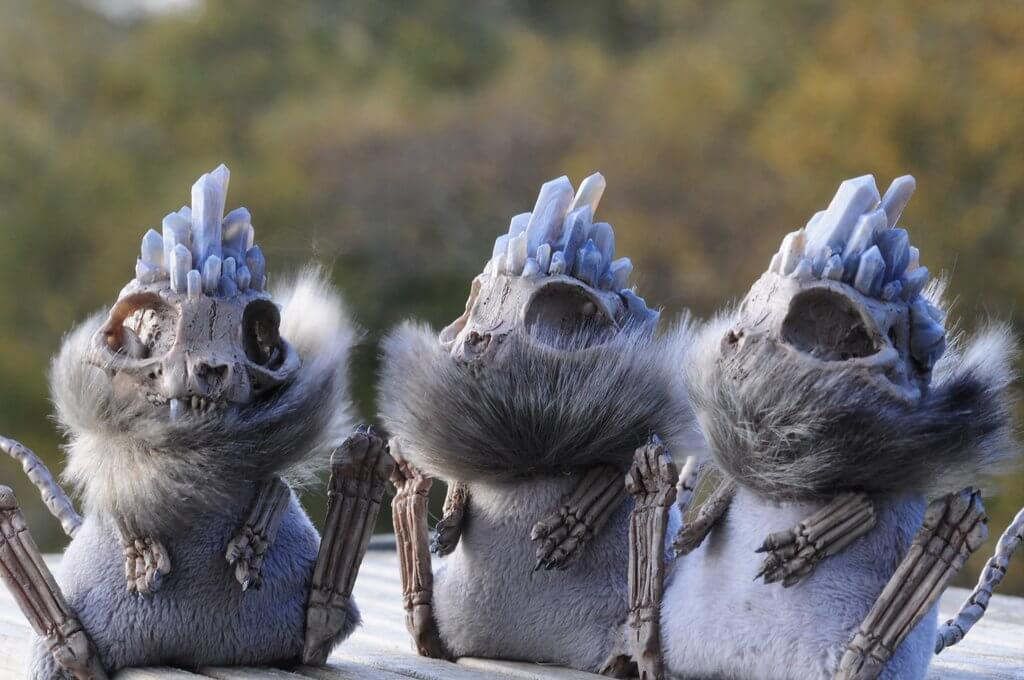 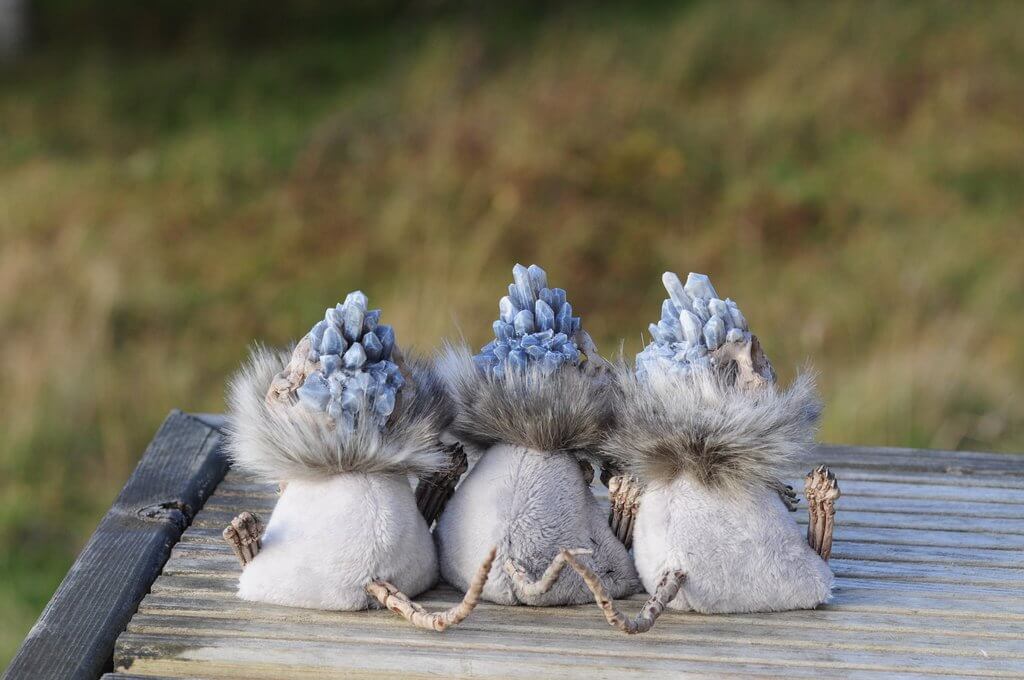 The crystals on these abdabs are tricky to cast and each colour is hand-mixed so each Crystal Abdab has its own unique aura.

Head, hands, feet and tail are cast resin from an original wax sculpt, with a soft beanbag body and fake fur mane. 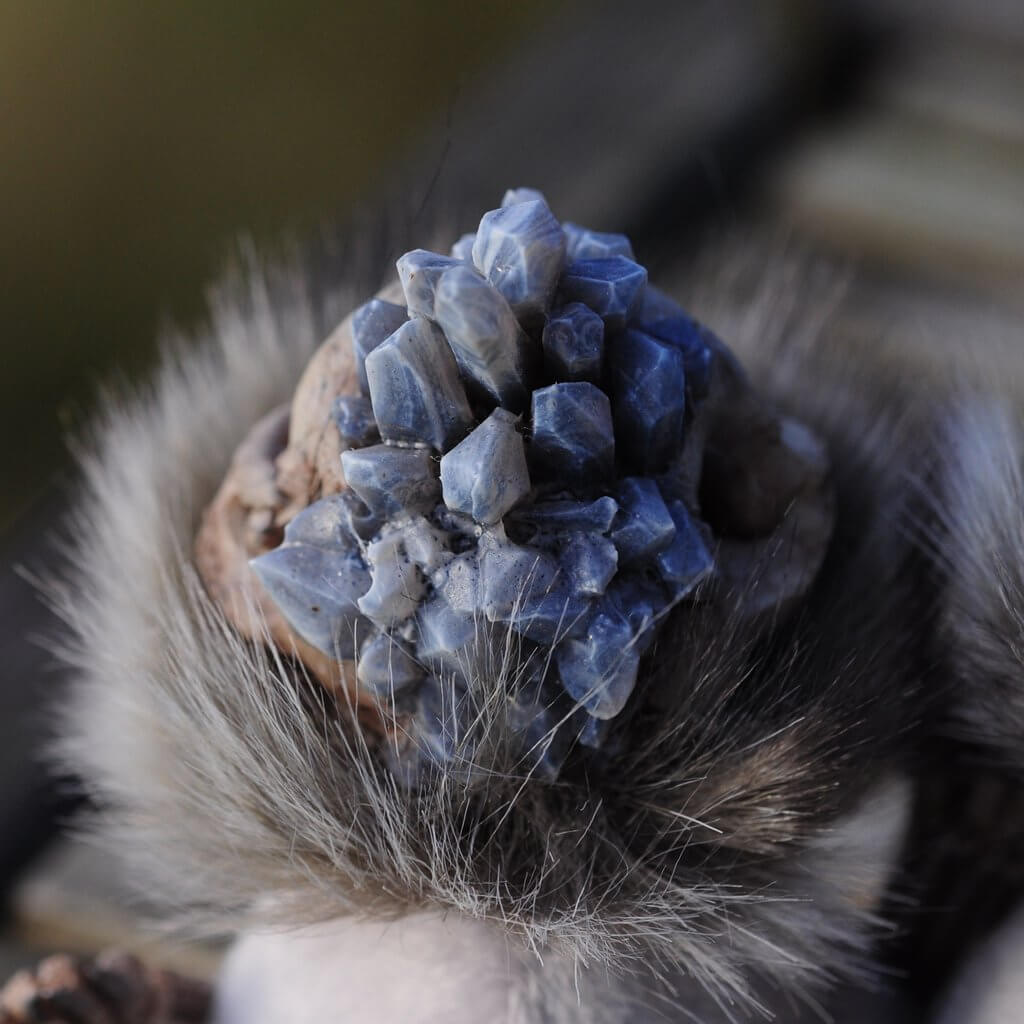 Crystal Abdabs are made in limited batches and due to the hand cast and experimental nature of the crystals no two are ever the same. Highly limited edition.

Caberfeidhs live in dense and ancient pine forests. They tend to be quitefoul tempered and show off a lot to impress the smaller abdabs. They make a characteristic hollow groaning noise which some people say sounds like someone blowing a raspberry down a didgeridoo.

These particular limited edition Caberfeidh have been found roaming deep in the ancient and mountainous forests of the Cairngorms. Each one has its own unique character with iridescent and glittering facets embedded in the resin. 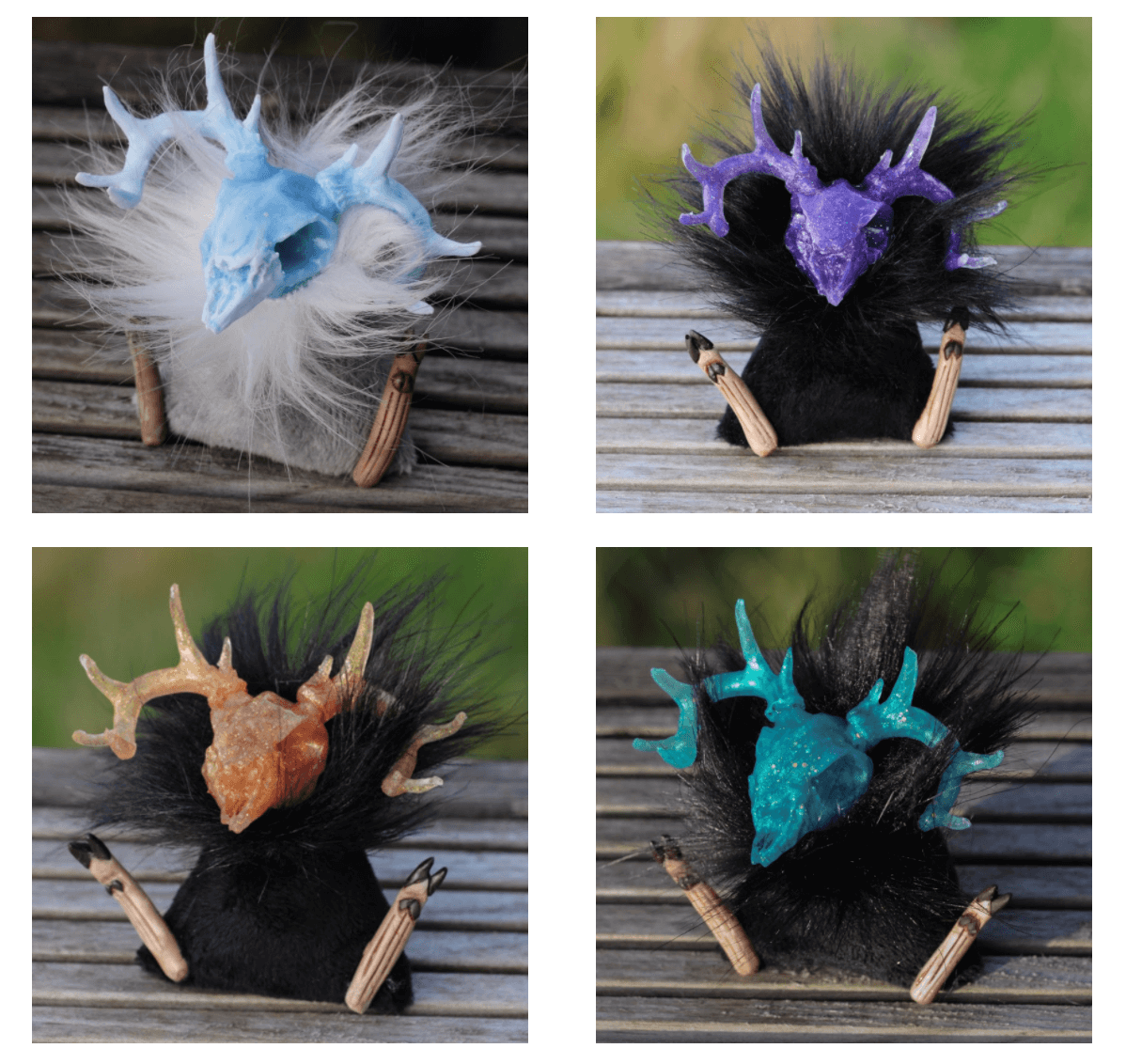 A handcast resin head and feet are attached to a soft beanbag body with a fake fur mane.

Limited Edition.
Measure roughly 3.5″ in height.
Comes packaged in a gift box.
All available NOW at https://www.collectanddisplay.com
Find out more at https://www.magweno.com

“Magweno Art Dolls started in my final year of University studying Illustration in 2011. Art dolls always captured my imagination with their versatility and distinct anatomy, and I always love getting my hands dirty! I illustrated a short story called the “Laird of Morphie” and the interest sparked from that led me to start my own business making and selling art dolls on commission.

I’m now at the stage that I can creature limited edition lines of cast fantasy creatures and customise the colour palettes. It works well for both sides, I can have a high turnover and unleash creativity, the customer can get a beautiful work of collectable art for an affordable price. “