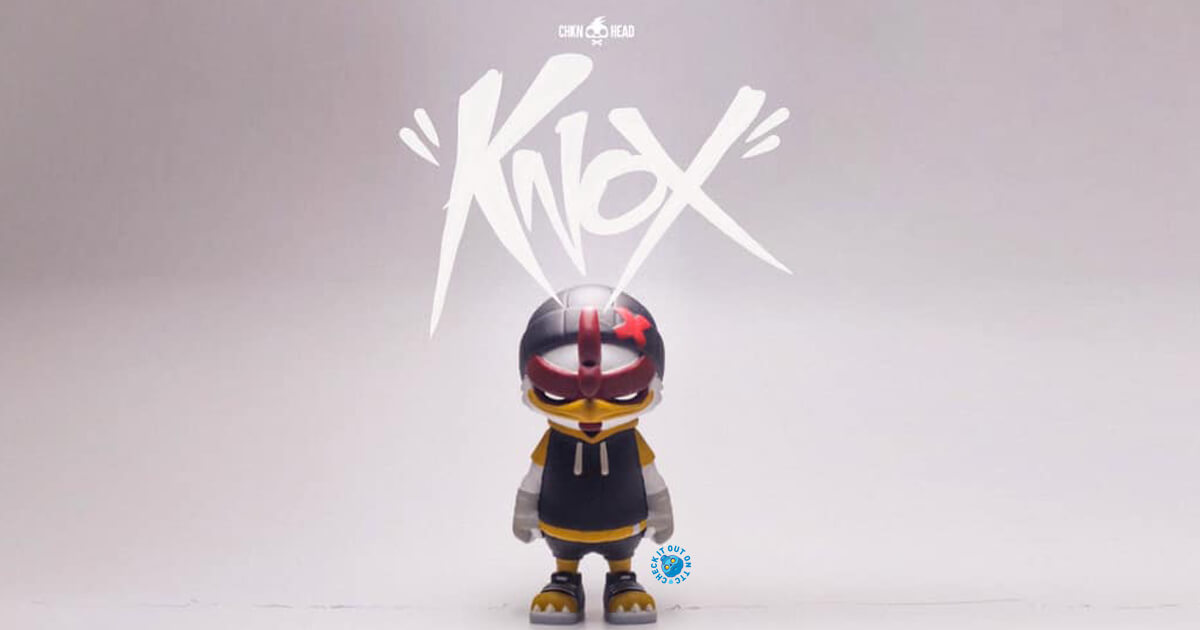 Free-range chicken is here! more Chkn Head is coming. You won’t find these at the local market. The GMO alternative “Knox” will be thrown into the mix. Last week Chkn Head x FLABSLAB presented the world “Flubby Knox” and now the chicken obsessed Manila-based illustrator and designer at Evil Genius Clothing Co, Creon Chkn Head is ready to unleash Knox into the streets to check in with the rest of the crew which includes  Flippin’ the Bird, Doraemanok, Flexin’ the Bird , Baby Cluckzilla, Knox and the OG BUCK.

After all the tease and sketches to tell a little story, Here he is, the new and Improved Knox! I know this new version is not the best art toy out there but this ChknHead means a lot to me!

I usually put a lot of backstories around my characters, but this has a personal story for me. With all the tips and the Zero teq figure I bought from the main man, Quiccs and the help from Allan Burdeos, I got to build my very first art toy Knox Version 1! And now he is back to kick some Nogit ass – Creon Chkn Head

Did you just read what Creon said about Knox v2? “the new version is not the best art toy out there” in our view V2 rocks as much as the other Chkn Heads! Creon must be drunk, HA. For now, we only have this photo of v2. Stay tuned for further updates.