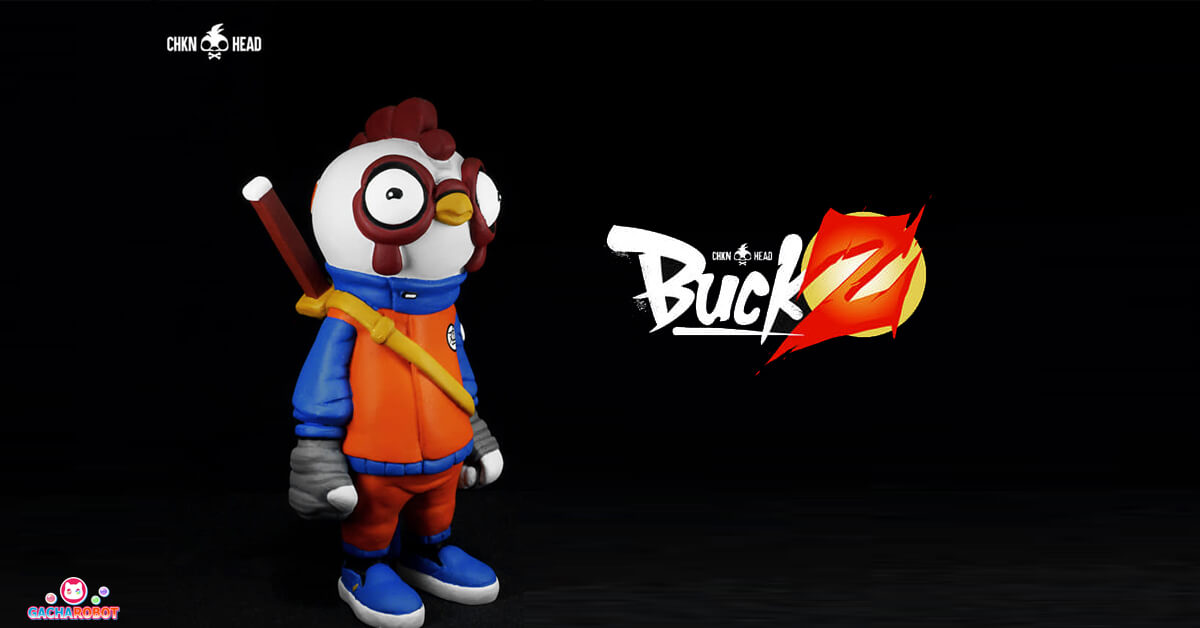 NYCC are you ready to go super saiyan for CrEon Chkn “BUCK Z”! In the early hours of the morning, CrEon revealed the NEW Buck colourway will be available at NYCC 2019 in partnership with Gacharobot! Move outta the way Jolliebee there’s a new chicken in town! After the clucking success and sell out of the OG Buck.

VEGAN-friendly crime fighter is here, the hero of all poultry, the much-awaited arrival of Creon Chkn Head latest resin figure! Put down your Jollibee and KFC as The chicken obsessed Manila-based illustrator and designer at Evil Genius Clothing Co, Creon Chkn Head is back with a feast! Meet not MEAT, BUCK Z!

We all know which character this is based on. We all love him with all the shouting and the punching. This one is super limited!!

“Buck is just normal dude turned assassin. He covers his head with a Stuffed chicken head mask as a tribute to his friend chicken who was murdered in front of him by the notorious Mustache gang boss “The Colonel”