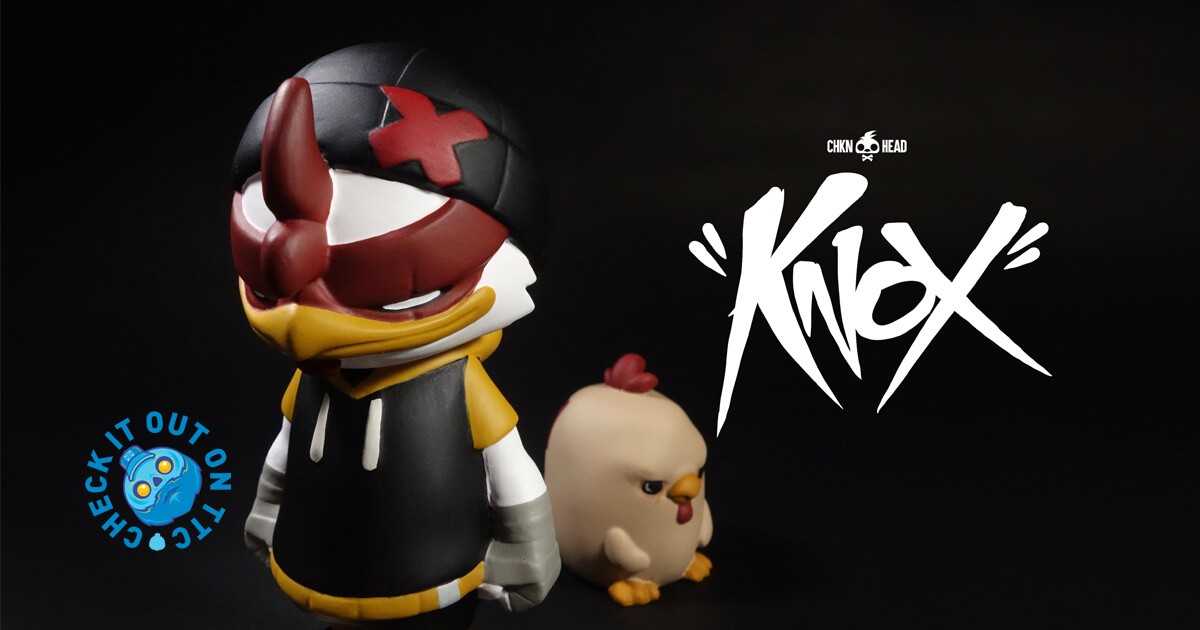 The backend of 2020 got us ripping our hair out in anticipation as Creon Chkn teased us like a stripper with is Knox V2. More exciting then today’s Liverpool vs MANCHESTER UNITED match, Creon Chkn has announced the release date for Knox V2! WE get the full turnaround too and to mix it up Knox V2 comes with a companion! Meet but not eat, little nogit, his name is Ten who’s a part of the team in Creon Chkn mini-universe.

Chicken obsessed Manila-based illustrator and designer at Evil Genius Clothing Co, Creon Chkn Head is ready to unleash Knox into the streets to check in with the rest of the crew which includes  Flippin’ the Bird, Doraemanok, Flexin’ the Bird , Baby Cluckzilla, Knox and the OG BUCK.

After all the tease and sketches to tell a little story, Here he is, the new and Improved Knox! I know this new version is not the best art toy out there but this ChknHead means a lot to me!

I usually put a lot of backstories around my characters, but this has a personal story for me. With all the tips and the Zero teq figure I bought from the main man, Quiccs and the help from Allan Burdeos, I got to build my very first art toy Knox Version 1! And now he is back to kick some Nogit ass – Creon Chkn Head

WHEN: January 18th at 9 pm Manila time, Knox V2 will be available for purchase!! Creon Chkn will post mechanics via Facebook.com/creon.chkn/

Email them the following details:

Check out the first look below from our buddy Bon Tsong.