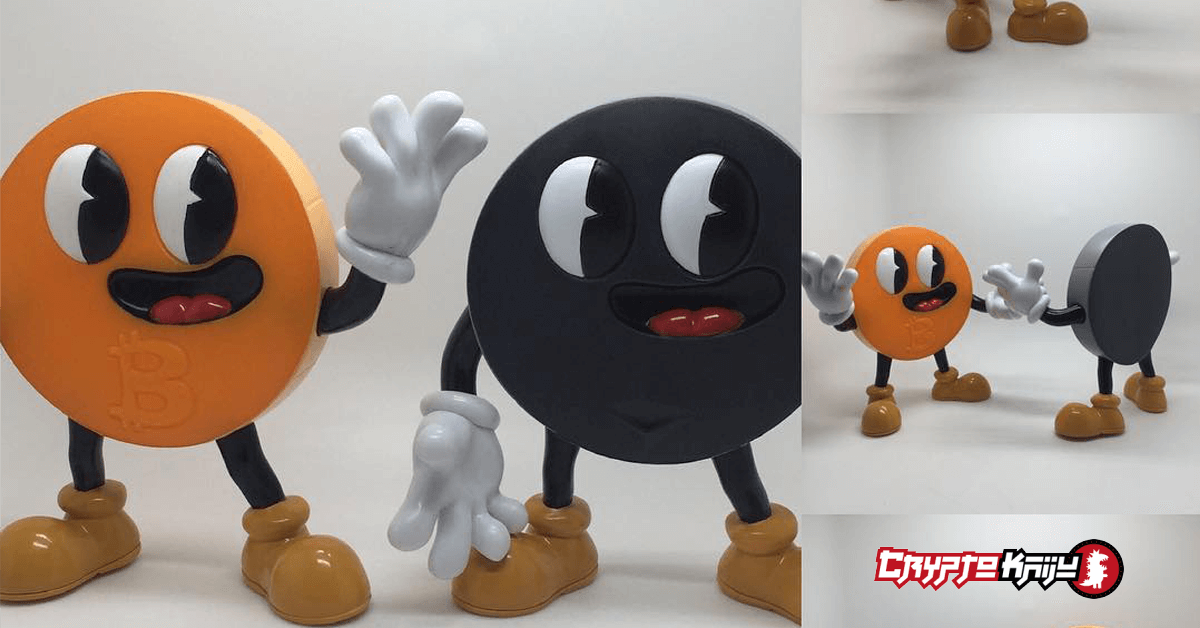 Following the success of their first Ethereum powered vinyl toys, UK based company CryptoKaiju are about to launch the second Genesis at the end of the month. Genesis made history in 2018 when it became the world’s first vinyl toy to be fully traceable on a public blockchain.

These Bitcoin-themed collectibles have the ability to be tracked in the Kaiju via a tamper-proof resistant tag in its foot. This allows you to know you’re dealing with a legitimate release and also the rarity of the release. The token ensures that the collectible can’t be duplicated, counterfeited or faked and also means that every CryptoKaiju is digitally unique.

The characterisation process for Kaiju from the genesis batch was manual with CryptoKaiju creating unique characters as well as taking inspiration from the crypto industry and paying homage to pop culture. With the exception of Kaiju given away to friends, each has been randomly assigned to an order.

For future batches CryptoKaiju will be focusing on the automation of traits and may allow users to add their own names and descriptions when ordering.

Genesis 2 by CryptoKaiju will release on March 27th and with only 250 of the new physical crypto collectibles being made available. The limited-edition figure comes in two different styles; giant Bitcoin monster and the scarcer giant Ethereum monster – both of which you can see above. Originally these were priced at $55 (around £42) and stood at around 5.5inches tall when first launched last year, so we expect prices to remain around the same. You’ll be able to purchase from cryptokaiju.io! Don’t forget to also check out CryptoKaiju on Instagram HERE too!

Personally, I would love to see this technology being used in the higher end releases by KAWS etc. The bootleg scene for KAWS is huge, but having the ability to determine whether a piece is fake or real would help the grow the market for releases. Not that KAWS needs any help with the such, but it would help set folks nerves to rest that they was not purchasing a fake. The amount of ‘legit checks’ that we see come through KAWS BST on Facebook on a weekly basis is unreal. Having the ability to run checks online, would be a much safer experience for those looking to shell out $$$$ for those sought-after pieces. What do you think? Let us know either in the comments or on Social Media!

For your chance to win one of the new CryptoKaiju, enter their competition by signing up to their mailing list: https://gleam.io/UjTEo/win-a-generation-2-cryptokaiju