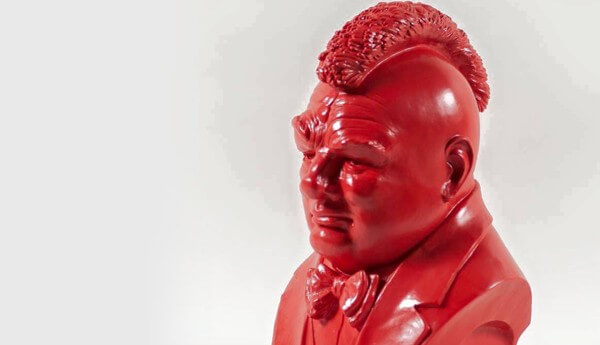 Outland store are adding a rebellious twist to our history books with the Pre-Order of the new Church-Ill bust.[frame align=”center”] 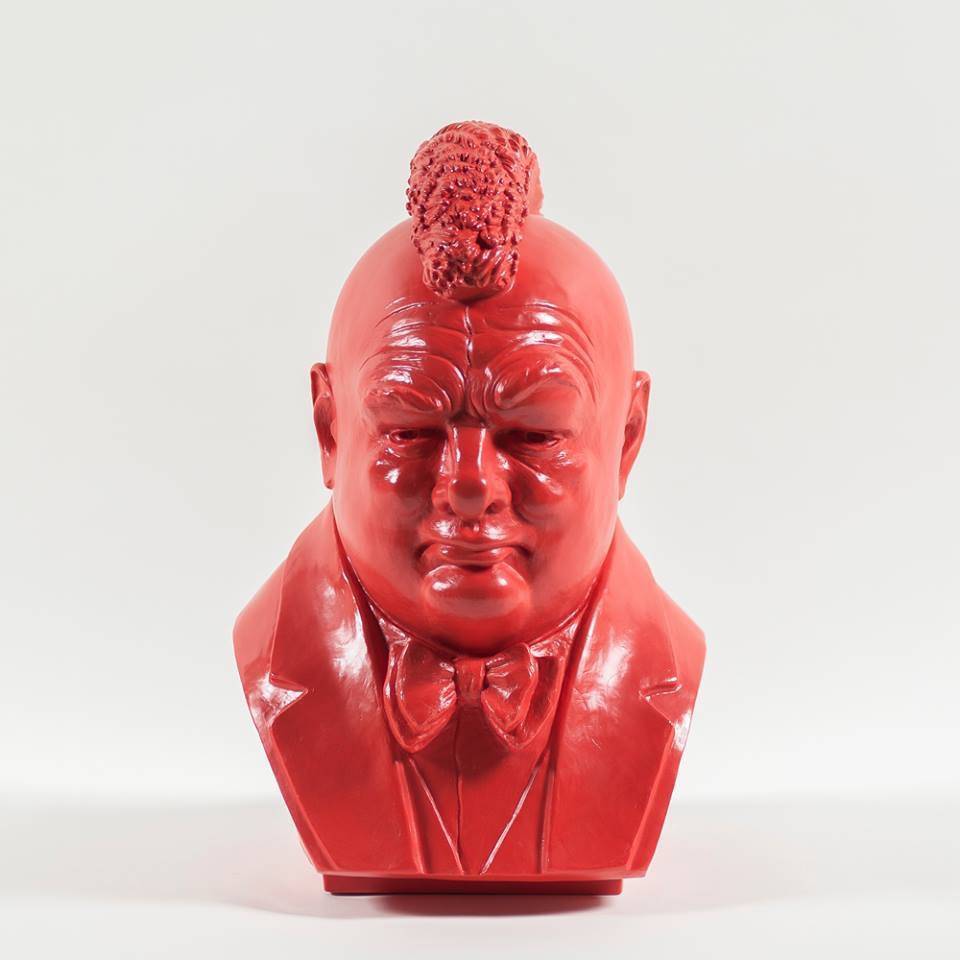 Church-ill, a bust of a “punked” Winston Churchill, serves as a commentary on this state of affairs: Under the rule of Britain’s greatest statesman, the nation never lost a war – except against Turkey. The bust is also a homage to British street artist Banksy, who has achieved international recognition with his politically-charged graffiti and who holds a similarly pivotal place in Selim Varol’s collection.
Banksy’s 2003 work, Turf War, is a black and white stencil of Churchill with a green mohawk. His work was influenced by an anonymous vandal who defaced Churchill’s statue at Parliament Square during the May Day riots back in year 2000. 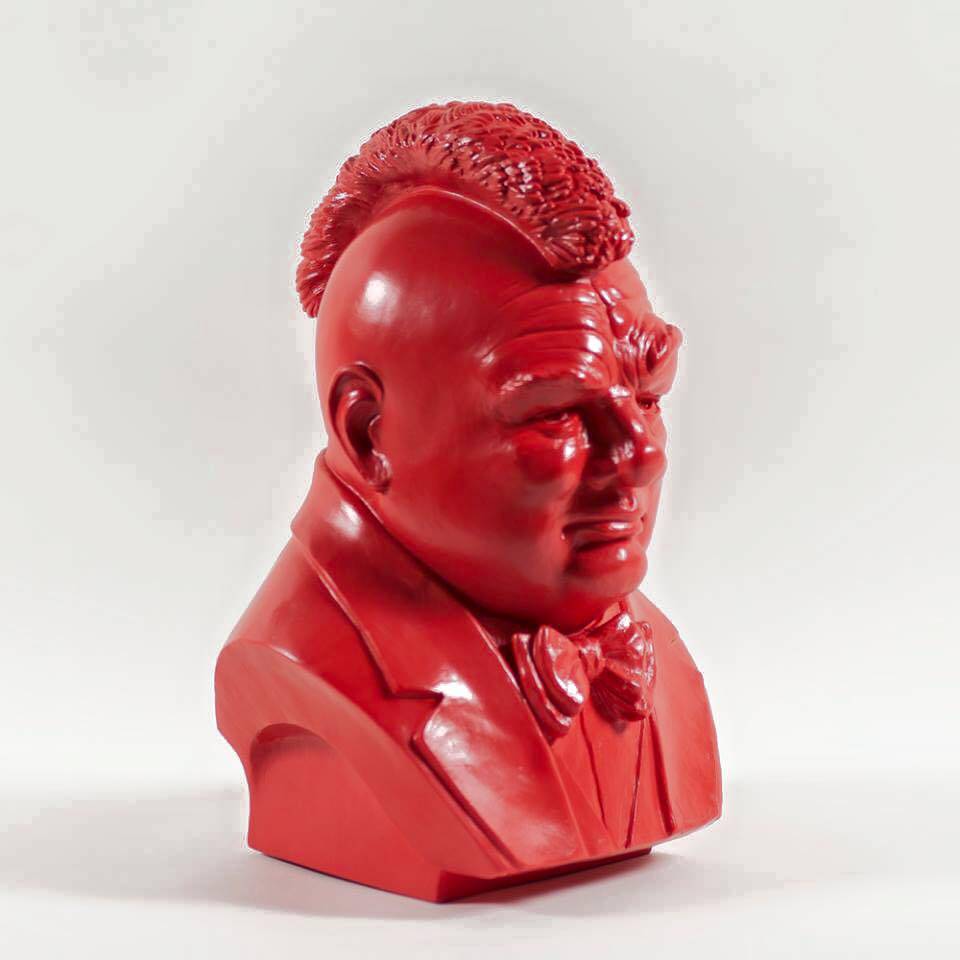 This second release is a proud 16″ tall and in glorious ‘Outland’ red rotocast vinyl. There will also be other colourways in neon yellow and bright pink as a nod to the Sex Pistols ‘Never Mind the Bollocks’ album and anarchic attitude.[frame align=”center”] 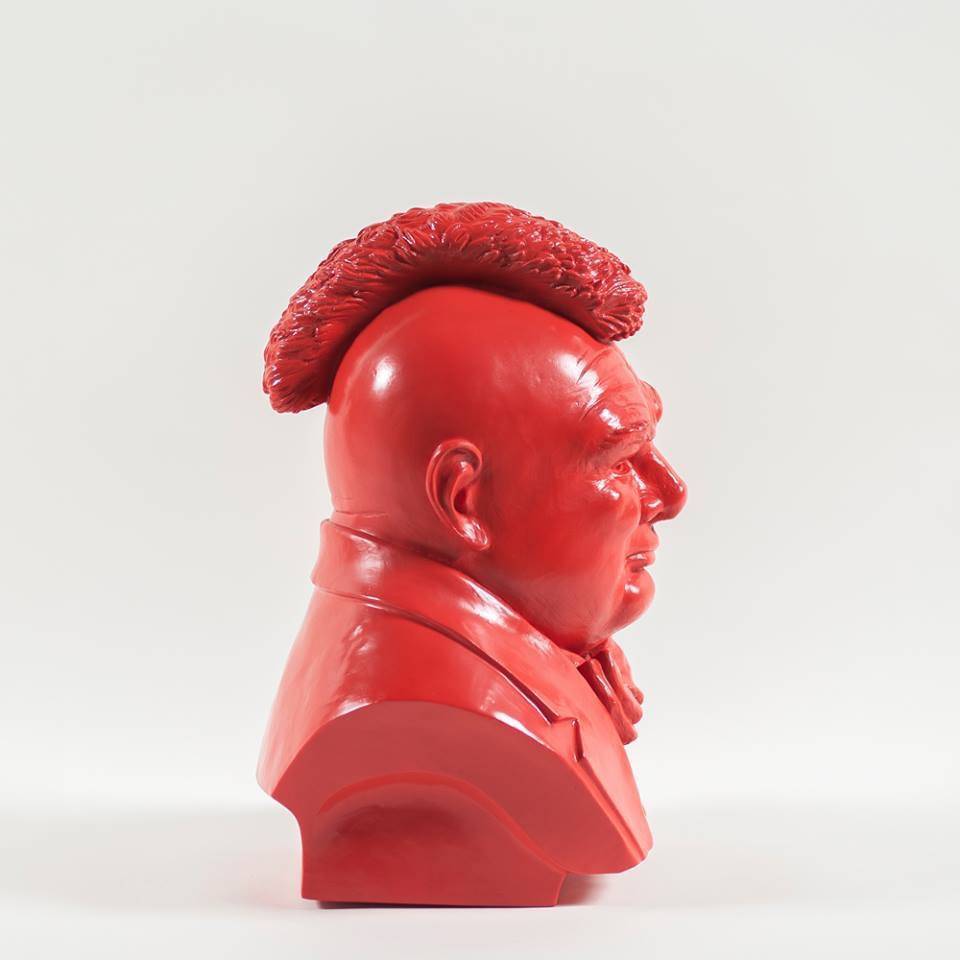