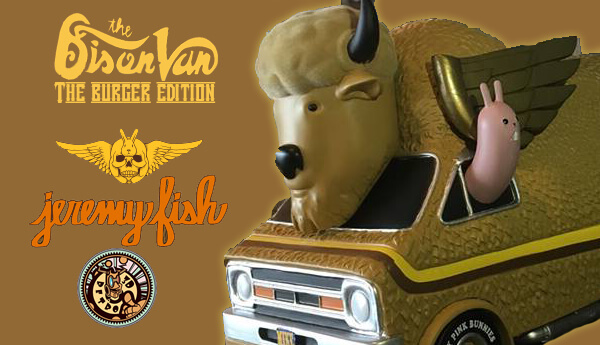 Last year Jeremy Fish x 3DRetro Bison Van was one of our must buys and having visited Designer Con 2015 and saw it in person. Bison Van came home to live in England, boy it was bigger than expected. Love everything about it. Ever since we saw Jeremy Fish’s Bunny Skull it was an instant love for Jeremy’s work for us. When I think of classic designer vinyl Jeremy’s , TurtleCamper, Bunny Van and the hilarious Barry the Beaver they are the ones what always springs to mind. It’s been hell of a long time since Jeremy released an vinyl toy and the wait end thanks to 3DRetro. Today they have announced a new colourway! “Burger Edition” and thats not all. The San Francisco based artist Jeremy Fish will be coming down to 3DRetro with his famous van “Mike” to sign for the release of the latest version of the Bison van vinyl figure. The burger edition will be released that day. 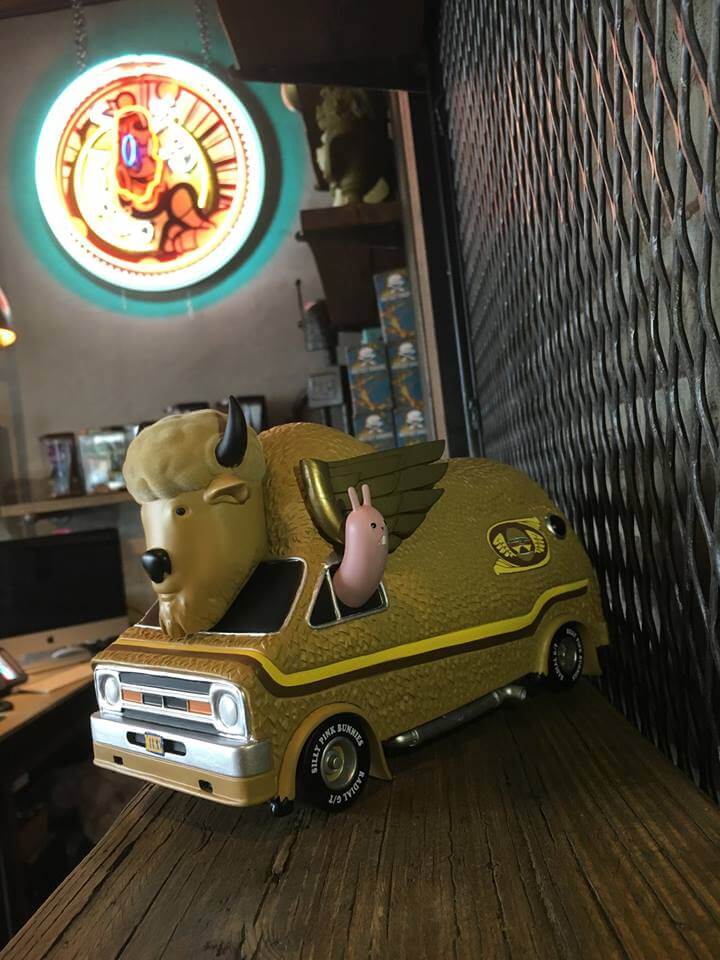 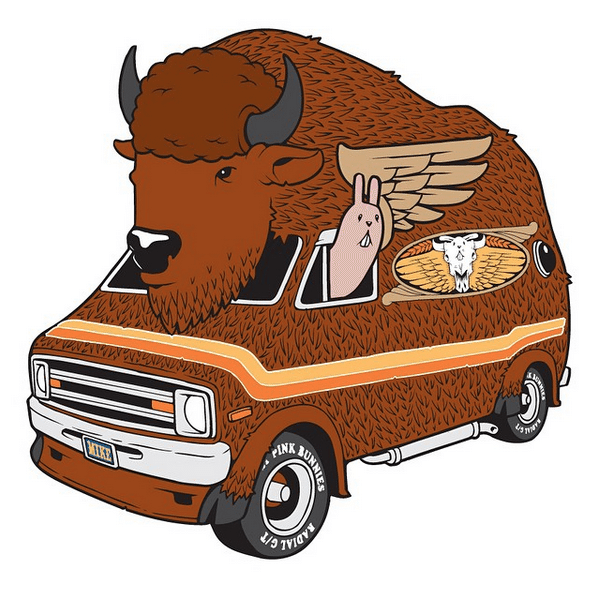 Join Jeremy Fish x 3DRetro for the signing, meet the artist and grab a burger from the special food truck. Live music will be on hand too! Plane ticket to for The Toy Chronicle please.

Friday, June 24th 2016 at 7 PM – 11 PM in PDT at 3DRetro, 1851 Victory Blvd, Glendale, California 91201.
Personally prefer the OG Bison Van, the colourway doesn’t kick it for me and stand out as well as the OG. It could be the photo. Might change our minds which we have many times after seeing in person or when better photos are released. Anyway you guys might like it more.

While you wait for the Burger Edition and missed out on the OG version you can still pick one up at https://www.3dretro.com  Priced at $99.99.

“Jeremy Fish’s Bison Van OG Edition From San Francisco artist Jeremy Fish comes The Bison Van. Based off of one of his popular Bison Van art and more importantly his very own Big Mike van. Apparently you can’t keep a good van down…Big Mike rides again! The Bison van stretches 9 inches across and features a textured body as well as a flocked head. The sides and back of the van feature artwork and designs from Jeremy and the driver’s side window has his popular silly pink bunny character popping out to say hello. Limited to 300 pieces worldwide. Vinyl. Window Box Design.”

Give some love to https://www.3dretro.com/ for making this happen.

(all info and photos lifted from  Jeremy Fish Instagram)