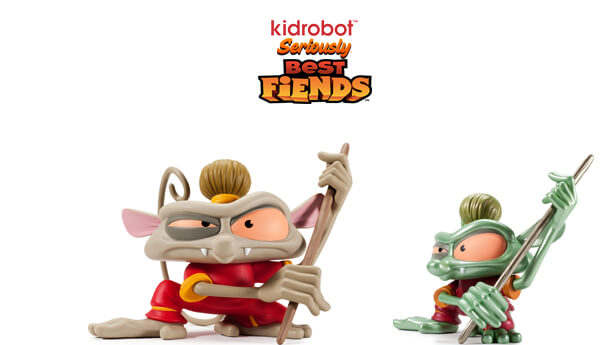 Last year, Seriously partnered with Kidrobot to launch Best Fiends x Kidrobot vinyl toy figures, including limited edition Slug vinyl figures and collectibles plushies of fiends. 2016 they continue the partnership to bring more vinyl toys and plush. Personally I downloaded the game and spent many hours play the puzzle game and continue to do so along with the frustration of trying to pass level by level.Seriously x Kidrobot present WU!

“In celebration of the upcoming Chinese New Year on February 8th and the Year of the Monkey, Seriously released a new update in its hit Best Fiends mobile game with 20 new Chinese New Year themed quest levels, as well as an all new super-rare fiend, Wu.”

“Wu is a super-rare monkey fiend created through Seriously’s partnership with Kirdobot, the premier creator and dealer of limited edition art toys. Wu brings a new special power and ability to attack blocks directly with his fury for massive damage in the game. The Wu vinyl figure has a special green variant chase piece with a rarity of 1:4.”

Stuck on level 76 lord help me pass this STAGE! 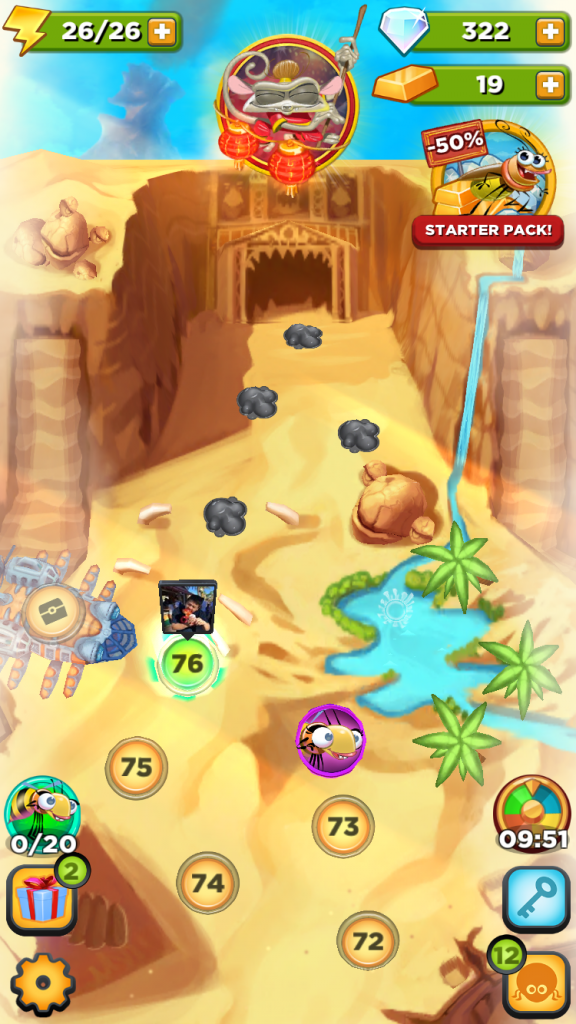 Judging from the photos even if you know nothing about Wu or Best Fiends game the figure is pretty impressive and a nice design. No disrespect to the designer but I could see a fare few customisers custom Wu.

Seriously is continually updating the Best Fiends game with new content and levels, and today the game has been downloaded nearly 30 million times with up to 2.1 million daily active players.

This Chinese New Year update is now live and FREE to download at download.bestfiends.com!

Seriously is a mobile-­?first entertainment start-­?up focused on building mobile games that are designed to be developed into global entertainment properties. The company’s world-­?class creative team is passionate about great storytelling, unique characters, dramatic conflict, unlikely heroes and building brands that can make a difference. The company is backed by Upfront Ventures, the premier early-­?stage venture firm based in Los Angeles, Sunstone Capital, a leading European venture fund, and Daher Capital, a  Beirut-­?based family investment office.Seriously has offices in Santa Monica, California, where business development and marketing are based, and in Helsinki, Finland, where the studio is located.